“The latest events at Yale Law School in which students attempted to shout down speakers participating in a panel discussion on free speech prompts me to suggest that students who are identified as those willing to disrupt any such panel discussion should be noted. All federal judges—and all federal judges are presumably committed to free speech—should carefully consider whether any student so identified should be disqualified for potential clerkships.”

—Judge Silberman in a letter to his fellow judges, in reference to the disruption of a March 10 panel at Yale Law School that was intended as a debate over civil liberties  hosted by the Yale Federalist Society. About a hundred students attempted to prevent the panel and Federalist Society members in attendance from speaking.

Well, you know: Yale. Equally disturbing, perhaps, was that Ellen Cosgrove, the law school’s associate dean, attended the panel, was present the entire time, and did nothing to restrain the protesters nor remind them of their ethical duties.

The school has a policy that specifically condemns such speech-chilling conduct, but more than 10 days after the event, no consequences appear to be forthcoming for the privileged and arrogant thugs who are going to be entrusted with the task of protecting future attacks on Constitutional liberties.

In an editorial endorsing the judge’s suggestion, the Wall Street Journal wrote in part,

Some readers may think these students should be forgiven the excesses of youth. But these are adults, not college sophomores. They are law students who will soon be responsible for protecting the rule of law. The right to free speech is a bedrock principle of the U.S. Constitution. If these students are so blinkered by ideology that they can’t tolerate a debate over civil liberties on campus, the future of the American legal system is in jeopardy.

END_OF_DOCUMENT_TOKEN_TO_BE_REPLACED

Last week’s tweet was deleted (Twitter did not suspend his account; after all, he’s not a Republican or President of the United States). Raja had 54 articles published under his byline at CNNbetween September 1, 2014, and September 15, 2020, all focusing on Pakistani news. CNN apparently didn’t mind relying on an open anti-Semite for news analysis until the latest tweet caused the issue to be raised.

After initially saying that it didn’t recognize Raja’s name, CNN released a statement that “he will not be working with CNN again in any capacity.”

2. The latest strategy in the Left’s plot to keep American masked forever. By “Left” I also mean “the news media,” since they are virtually identical. Digression: Judge Silberman’s brave and accurate confirmation of this provoked fear and horror among the AUC. I wrote about it here, but in case you missed it, here is his entire dissent in a recent libel case. He wrote in part,

“It should be borne in mind that the first step taken by any potential authoritarian or dictatorial regime is to gain control of communications, particularly the delivery of news. It is fair to conclude, therefore, that one-party control of the press and media is a threat to a viable democracy. “[The New York Times and the Washington Post ] are virtually Democratic Party broadsheets. And the news section of The Wall Street Journal leans in the same direction…Nearly all television—network and cable—is a Democratic Party trumpet.”

USA Today, a lesser trumpet to be sure, more like a kazoo, gave us this:

END_OF_DOCUMENT_TOKEN_TO_BE_REPLACED 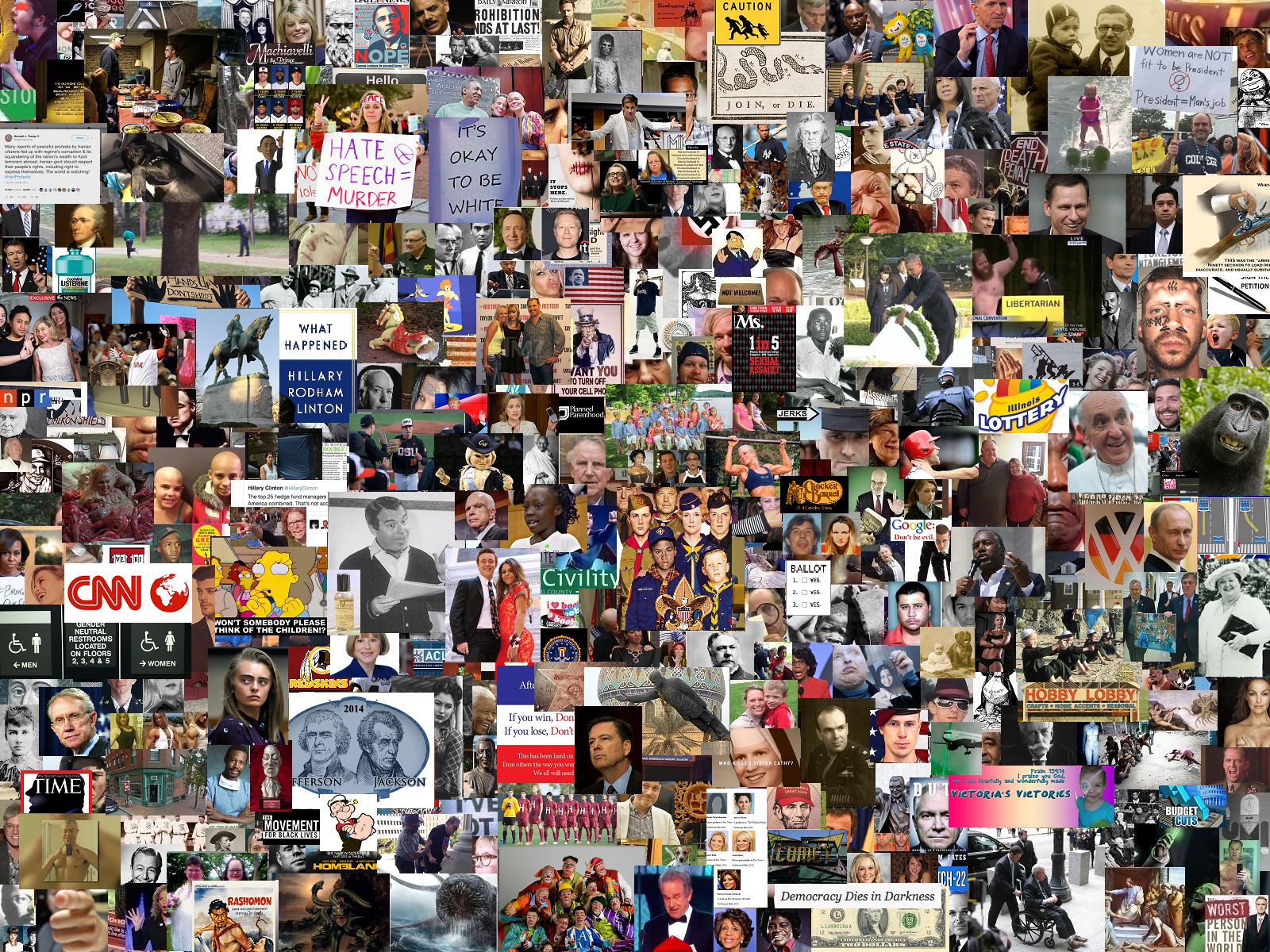 1. Spitballing ethics? When everyone is throwing out ideas—you know, “Just say whatever crazy thing pops into your head, don’t worry whether it’s a good idea or a bad idea, just let ’em rip!” is it fair later to hold someone to account because a discarded idea was offensive or politically incorrect? I tend to think not.

Hiroshi Sasaki, the creative director for Tokyo Olympics, was participating in a brainstorming session about the opening ceremony with members of a committee a year ago, and at one point suggested that a popular overweight female Japanese comedian and plus-size fashion designer, Naomi Watanabe, be costumed in pig ears, perhaps a snout and curly tail, and parachute out of the heavens as an Olympic messenger: “Olympig.”

No? OK, bad idea. Let’s move on. The inspiration received immediate negative reviews in the private meeting, but when the president of the Tokyo Olympic organizing committee, Yoshiro Mori, 83, resigned this year after saying that women talk too much in meetings, the year-old conversation about “Olympig” was recalled in an article on the website of “Shukan Bunshun,” a weekly magazine. Yes, one of Sasaki’s trusted colleagues had talked. (That’s an easy call: Unethical.)

So you know what comes next, right? Groveling. “Now many people know what I wrote. I cannot apologize enough to Ms. Watanabe,” he said, adding that he was a big fan of hers. “I have been trying not to hurt others by making fun of diversity, gender and physical appearances. But it was a great misunderstanding. I realized my low consciousness and insensitivity.” He resigned.

Now you know that at least for now, when someone says to just suggest whatever pops into your head, no filters, no fear, don’t.

On the positive side, it’s comforting to know that The Great Stupid isn’t just an American phenomenon.

END_OF_DOCUMENT_TOKEN_TO_BE_REPLACED

Judge Laurence H. Silberman, a senior judge on the federal appeals court, cast the deciding vote as the U.S. Court of Appeals for the D.C. Circuit  upheld, 2-1, the constitutionality of the controversial individual mandate. The mandate, which is almost certain to be reviewed by the U.S. Supreme Court, is the linchpin of President Obama’s health-care insurance law that requires most individuals to purchase insurance coverage or be fined.

You can hardly have more impeccable conservative or Republican credentials than Silberman. He served in the Nixon administration, was appointed by President Reagan to the court and is a Federalist Society stalwart as well as a favorite judicial scholar of the political right. An appeals judge shouldn’t be praised for doing his job, which is deciding cases based on the law and the Constitution rather than political loyalties or ideological bias. Unfortunately, political loyalties and ideology is how the press, partisan groups, elected officials and, it must be said, too many judges, do think cases are decided, and that belief  grievously harms faith in the justice system and trust in the rule of law. END_OF_DOCUMENT_TOKEN_TO_BE_REPLACED