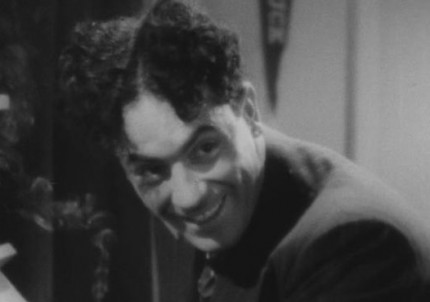 Because elite potheads love their weed, nobody has the guts to stand in their way, and consequences be damned.

The CNN story describes a new study that suggests that smoking a lot of pot, especially if you are young, makes you dumber.

It’s not conclusive, of course. Research seldom is. It also doesn’t matter, since a combination of relentless pro-stoner advocacy, resulting contempt for the law and the fact that a disproportionate number of minorities and poor are getting caught with the drug and going to jail—making the prohibition itself racist in today’s “race trumps everything” political culture—has assured that marijuana will join tobacco, alcohol and legalized gambling as socially destructive—but lucrative! Profits! Taxes! Yum Yum!—forces in our society. Lives will be ruined, shattered and lost, real costs in money and productivity will be huge, and little positive will be gained in exchange.

It just seems so obvious that we should know how harmful these kinds of things are before we legalize them, and not start looking into it after the horse is gone, the genie is out and Pandora’s Box is open and lying on the floor.

Over at “The Economist” website, two articulate and well-qualified opponents are debating the wisdom of state sanctioned gambling. The debate will be “settled” by a vote of the site’s readers.

The two advocates cover the topic thoroughly and well, and I will  link to the debate rather than attempt to supplement it in detail, except to say this: END_OF_DOCUMENT_TOKEN_TO_BE_REPLACED

The Los Angeles Times has been running a series of stories detailing how many California welfare recipients have been using their state-issued welfare debit cards (which take money directly out of state coffers) at casino ATM’s. The millions of dollars in taxpayer money dispensed to eager, if poor, gamblers produced predictable outrage, and the state responded by blocking use of the cards at over 200 ATM’s and revising the pledge signed by welfare recipients to require them to only use the assistance to “meet the basic subsistence needs” of their families.

The outrage is misplaced, and the remedial measures are symbolic at best. END_OF_DOCUMENT_TOKEN_TO_BE_REPLACED

Delaware and Pennsylvania, facing state budget deficits that would require political courage and citizen sacrifice to address, has taken the craven route of other states (with more sure to follow) by legalizing casino gambling.

In Pennsylvania, State Republicans, the majority party in the state senate, had opposed the expansion of gambling , but capitulated when faced with the reality of having to choose between cutting jobs and services or raising taxes. Instead, the Republicans joined with Democrats, those champions of the weak and powerless,  to victimize the poorest people in the state for profit. END_OF_DOCUMENT_TOKEN_TO_BE_REPLACED

Japanese tycoon Terrance Watanabe gambled away nearly $127 million at the Caesar’s Palace and Rio casinos in 2007, and now is suing the casinos even as he faces criminal charges for refusing to pay them over $15 million in additional debts. He claims that the gambling establishments allowed him to gamble while intoxicated in violation of state casino regulations, and otherwise share blame for his outlandish losses, believed to be the most any gambler has amassed in a single year. END_OF_DOCUMENT_TOKEN_TO_BE_REPLACED