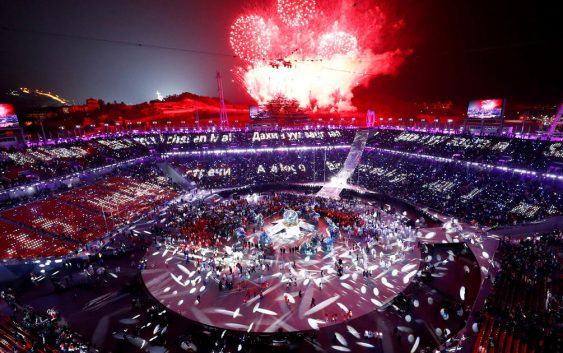 1 The Schiff Memo. The Democrat’s alleged rebuttal to the Devon Nunes memo regarding how Carter Page came to be the object of secret surveillance that extended into the Trump campaign should have been the big story of the weekend, along with the fact that government systems repeatedly failed to protect the students in Parkland from an unbalanced young man who had been repeatedly identified as a risk for exactly the kind of mad act he ultimately engaged in. But the left-biased news media downplayed it after trying to spin it, because the hyped memo did not rebut the key allegations in the previous Republican House document. The FISA court was not informed that the Russian dossier was created and funded by the Democratic National Committee and the Clinton campaign. The dubious dossier  was a key component of the evidence that led a secret court to remove the Constitutional rights of a citizen, while interfering with a Presidential campaign.

Andrew McCarthy, in the National Review, concludes that the Schiff memo does the Democratic narrative more harm than good. I agree: it looks like a desperate spin attempt to me, so desperate that the news media abandoned the story as quickly as it could.

2. Segue Alert! And speaking of transparency…From the Boston Herald: END_OF_DOCUMENT_TOKEN_TO_BE_REPLACED

Jeff H, along with Tim LeVier and Glenn Logan, represents the longest commenting ethics observers on this site, their participation going back to the old Ethics Scoreboard. It is always a special pleasure to welcome one of them to a Comment of the Day honor, for, like all who venture into the comment wars, they have done a great deal to provide lively, perceptive and useful content here, and I am more grateful than I can express. (Jeff, a cartoonist, also contributed the drawing of Muhammad as cute Teddy Bear you will periodically see in the side header.

Here is Jeff H’s Comment of the Day on the post, “The “Transitioning” Female Wrestler: A Failure Of Ethics And Common Sense”:

OK. Here’s what I think:

I am the sort of person who thinks a person is whatever they feel they are inside. People like to talk about, ‘well, a transperson will never really be a woman” or whatever. I’ve not got much time for that. I ain’t got it in me to judge people for something like that. As I said to someone who was talking about the ‘perverts’ who dress like women, “Far as I care, I ain’t going to say you’re wrong. You are whatever you say you are. You say you’re a toaster, I’ll give you two pieces of bread.”

That also means that I think that a transperson should use the bathrooms they’re comfortable with. The notion that there are creeps purposely crossdressing to get into the ladies’ room seems basically fictitious. Even if it was true, unless it was to a gigantic density, I don’t see that as a legitimate reason to force them to use a bathroom they’re not comfortable with.

(It’s been going around, but there have been three Republican congressmen arrested for inappropriate conduct in men’s rooms, and they say no transpeople have been arrested for the same. I hope it doesn’t turn out that is HAS happened, but if it had… I think someone would have brought it up by now.)

So this is where I stand on the issue of the transgendered. I try to be as permissive and accepting as possible without being dismissively so. I’m not likely to budge on this, since most of the arguments against it seem similar to the anti-homosexual arguments most of us reject on sight.

Having said this… if Mack is really, in his heart of hearts, a male… then I don’t understand what possible pride he can take beating a bunch of girls at a sport when he’s ALSO taking performance-enhancing drugs. (Aside from everything else, I don’t really care if you have a legitimate reason to take steroids; I think you shouldn’t play competitive sports if you have to take them because they self-evidently give an unfair advantage.) END_OF_DOCUMENT_TOKEN_TO_BE_REPLACED 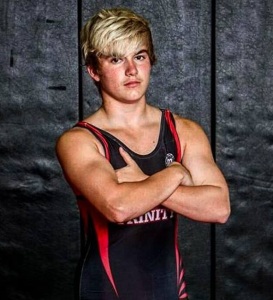 Mack Beggs is a competitive wrestler at Euless Trinity High School, and also is a biological female more than a year into the process of “transitioning” to male.  Beggs just won his third consecutive girls’ wrestling tournament victory in the 110-pound weight class. I’ll call him “he” because that is what the student wants to be called, and he, in great part due to the male steroid treatment he has been undergoing,  is now 55-0 on the season. All of his opponents have been high school girls who are not taking steroids, and unlike Mack, do not intend to become, for all intents and purposes, male.

While Beggs says he wants to wrestle in the boy’s competitions,  the University Interscholastic League rules use an athlete’s birth certificate to determine gender, a measure that makes sense in most cases, just not this one. (See: The Ethics Incompleteness Principle) The rules prohibit girls from wrestling in the boys division and vice versa, and rules are rules. If you are a rigid, non-ethically astute bureaucrat, you follow rules even when you know that they will lead to unjust, absurd results, like Mack’s 55-0 record in matches.

The  rules also say that taking performance enhancing drugs like the testosterone that has given Beggs greater muscle mass and strength than his female competitors is forbidden, but  UIL provides an exception for drugs prescribed by a doctor for a valid medical purpose. After a review of Beggs’ medical records, the body granted him permission to compete while  taking male steroids—compete as a girl, that is.  Rules are rules!

One athletic director, after watching Beggs crush a weaker female competitor who left the ring in tears,  asked for his name not to be used as he commented to reporters, and opined that “there is cause for concern because of the testosterone,” and added, “I think there is a benefit.”

Really going out on a limb there, sport, aren’t you?

This is an unfair, foolish, completely avoidable fiasco brought about by every party involved not merely failing to follow ethical principles and common sense, but refusing to. END_OF_DOCUMENT_TOKEN_TO_BE_REPLACED