Hey, who said that? (It’s a trick question!)

Ann Althouse is a quirky, well-respected blogger, a Wisconsin law professor who is liable to write wittily and perceptively about anything from dogs to politics from her barely right of center political perspective. Recently she banned all comments from her blog, meaning that she now pontificates without the safety net of informed readers being available to tell her when she’s jumped the track of rationality, which, without exception, we all do. This means that on the rare occasions that the erudite and perceptive Ms. Althouse is full of beans, there is no way to let her or anyone else know.

So I’m letting her know.

For some reason, Althouse is indignant over the $800,000 the Interior Department is spending to erase the incorrect quote negligently carved into the Martin Luther King Memorial. She writes with a sneer,

“Martin Luther King said “I was a drum major for justice, peace and righteousness,” which we will remember, even through it’s now off the memorial. It’s off the memorial because, in the “drum major” speech, there were some other words around it — as is always the case with snappy lines in speeches — and Maya Angelou and others felt some shades of subtlety were lost, making the man sound arrogant.” END_OF_DOCUMENT_TOKEN_TO_BE_REPLACED 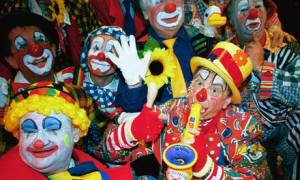 When we last left the star-crossed Martin Luther King Memorial on the National Mall, Secretary of the Interior Ken Salazar had boldly declared that the Interior Department was ordering the embarrassing misquotation of the martyred civil rights leader changed, so he would not sound to future generations like “an arrogant twit,” in poet Maya Angelou’s neat phrasing. Now a war of words and intentions has broken out, with Salazar declaring that the entire made-up quotation (“I was a drum major for justice, peace and righteousness.”—something King never said, and probably never thought, either) had to be removed, and the correct quote (“…if you want to say that I was a drum major, say that I was a drum major for justice. Say that I was a drum major for peace. I was a drum major for righteousness. And all of the other shallow things will not matter.”) added, and Ed Jackson, the architect who oversaw the memorial’s development for years, saying that Salazar’s plan would wreck the structure. Asked if there was any way to remove the inscription from the memorial without destroying it, Jackson answered, “No.” END_OF_DOCUMENT_TOKEN_TO_BE_REPLACED

U.S. Interior Secretary Ken Salazar scores a rare twin honor: He is an Ethics Dunce and an Ethics Hero in the same week. 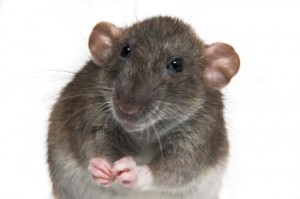 First the good news, the Ethics Hero part.  Salazar has given the National Park Service  30 days to fix the inaccurate, misleading and truncated quotation on the Martin Luther King Jr. National Memorial. He did this after giving the inept King Memorial Foundation plenty of time to do its job. It didn’t, and he took the initiative. Harry Johnson, president of the Foundation, told the AP he wasn’t sure what changes could be made. Well, how about using a real quote instead of a made-up one that makes Martin Luthor King sound like a preening Newt Gingrich?

The Martin Luther King Memorial was unveiled without the commission responsible for it bothering to fix what has been almost unanimously condemned as an embarrassing mistake, a rephrased, out-of-context quote on the sculpture base (“I was a drum major for justice, peace, and righteousness”) that misrepresents Dr. King’s career and was also something he never said. This is inexcusable, but at least the boob who unilaterally made the decision spelled “righteousness” correctly. The sign above is emblematic of a different ethical problem, the widespread abdication of the shared obligation to speak up when one sees someone else making a really stupid mistake. END_OF_DOCUMENT_TOKEN_TO_BE_REPLACED

Who said that quote inscribed on the MLK monument? Not Rev. King! Maybe that guy in the hat...

It reads: “I was a drum major for justice, peace and righteousness.”

Personally, I’ve always hated drum majors—prancing, flashy show-offs with big hats. I never thought of Martin Luther King as a drum major, or as someone prone to self-glorifying descriptions. I was relieved, therefore, to learn that what he really said was this, in a sermon two months before his death, speculating on what his eulogy might sound like:

Ahh! Now that’s the Rev. Martin Luther King I remember! Unfortunately, it’s not the one future generations of America will know, because a false quote, mischaracterizing his meaning and his character, is immortalized in stone on the National Mall. END_OF_DOCUMENT_TOKEN_TO_BE_REPLACED

The new Martin Luther King Jr. Memorial is not just the King-in-Carbonite monolith that has caused so much controversy. There is much more to the National Mall’s latest addition, including inscriptions in marble of quotes from the martyred civil rights leader’s writings and speeches. There are more than a dozen examples of his oratory, a quotation from King’s 1963 “Letter From a Birmingham Jail,” and an excerpt from King’s Nobel Peace Prize acceptance speech in 1964.

“The arc of the moral universe is long, but it bends toward justice.”

But Rev. King didn’t say it. Theodore Parker, an influential and eloquent Boston minister and abolitionist, did. King never pretended otherwise; it was one of his favorite quotes, and he used it often, but he usually credited its originator. END_OF_DOCUMENT_TOKEN_TO_BE_REPLACED

[It is almost forgotten now, but when the design of the new Martin Luther King Jr. Memorial was chosen back in 2007, there was much unhappiness in the black community. A Chinese artist was chosen to design the memorial, and this raised issues both ethical and ironic. Now that the memorial is completed (the planned dedication this week has been postponed due to Hurricane Irene), it seems clear that critics aimed their objections in the wrong direction: the problem wasn’t the designer, but the design, an imposing piece of classic Socialist-Worker art that would look at home in Red Square. But, hey, there’s lots of bad art in Washington, covering an abundance of styles: the large bust of JFK in the Kennedy Center makes it look like President Kennedy was made out of chewing gum. At least some bad Communist statuary is a change of pace.

The debate over the choice of artist was interesting, and is even more so in retrospect. It is worth pondering as the new monument joins the National Mall. Here is my article on the matter, slightly edited from the original published on The Ethics Scoreboard in 2007, followed by a response from the artist selection’s most vocal critic.]

An intense controversy surrounds the choice of a statue’s sculptor, specifically the Chinese artist whose design was selected by the Martin Luther King Jr. National Memorial Project Foundation to become a major monument to the martyred civil rights leader in Washington, D.C. END_OF_DOCUMENT_TOKEN_TO_BE_REPLACED