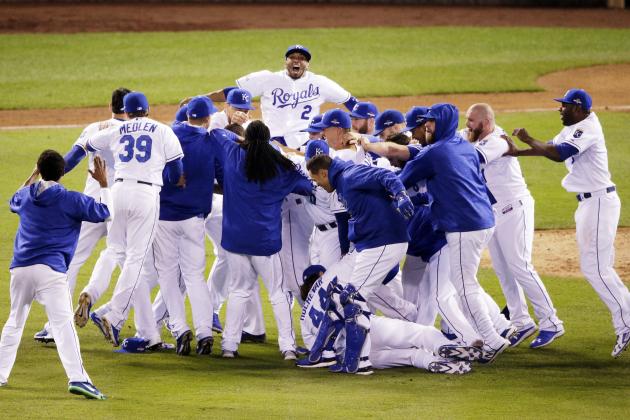 The end of the baseball season is traumatic for me, except for those few years that ended in Boston Red Sox championships, and those two golden glow seasons (1967 and 1975), when the team lost at the end but fought such a good fight that it felt like they had won. In my house we refer to the days between the end of the World Series and the beginning of Spring Training as The Dark Time.

On the plus side, I have about three more hours every day to do something productive.

For the second consecutive year, baseball ended with an ethics conundrum in its final game. Last night, as the Kansas City Royals battled back from a late deficit again (they had done so in the previous game as well) to take the Series four games to one,against the New York Mets at Citi Field, the topics were trust, courage, leadership, and most of all, consequentialism. The latter is to baseball as apple pie—or baseball— is to America.

Let me set the stage. The Royals, having stolen the previous game from the Mets’ grasp by an unlikely 8th inning rally (the Mets lost one game all season when they were leading in the 8th; they lost two such games in this five game series). With their backs against the wall (on the short end of a 3-1 game tally, the Mets had to win last night to avoid elimination), the New York sent their ace, the remarkable Matt Harvey, to the mound to do what aces do: win. Harvey had it all last night. After eight innings, the Royals hadn’t scored.  Harvey looked fresh in the eighth, and got the Royals out without surrendering a baserunner.

All season long, with a close game after eight innings, Mets manager Terry Collins would tell his starter to take a seat and let his closer finish the game. This is standard practice now: complete games by starting pitchers are a rarity. Once, not too long ago, the league leader in that category would be in double figures. Now the top is usually about five. Moreover, nobody cares. The best teams have 9th inning specialists who almost never lose one-run leads, much less two, and the Mets had a great one, Jeurys Familia.

After Harvey’s dominant eighth, the Fox cameras recorded the drama unfolding in the Mets dugout. Collins’ pitching coach told Harvey that his night was done and Familia, as usual, would close out the game. Harvey pushed past the coach to confront his manager, passionately. Let me finish it, he insisted. The game is mine. END_OF_DOCUMENT_TOKEN_TO_BE_REPLACED

During a Kansas City Royals broadcast this week, the following graphic was displayed for the TV audience:

It has the following mistakes: END_OF_DOCUMENT_TOKEN_TO_BE_REPLACED