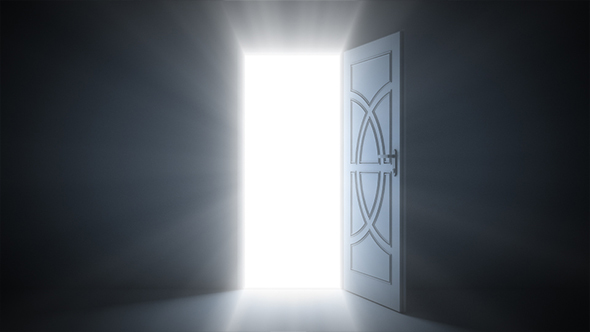 This means that the victims in the new prosecution must be different victims from the ones in the case that send Epstein to prison for a paltry 13 months.

Actually, it would be shocking if a billionaire sex predator who got just a slap on the wrist for paying procurers to search the world for underage girls to be ravaged by Epstein and others at Epstein’s private plane, his Palm Beach mansion, and other locales didn’t keep engaging in his extra-curricular passion.

The same cannot be said of Bill Clinton.

It looks like it may finally blow.  Stay tuned.

2. POW! Res Ipsa Loquitur? Here is the Antifa’s press guidance distributed in advance of its planned disruption of a conservative protest against what the New York Times calls “perceived censorship of conservatives on social media.”

You have to buckle your seat belt and read this story.

The Miami-Herald undoubtedly earned itself a Pulitzer Prize with its detailed and horrifying account of rigged justice involving jet set multimillionaire Jeffrey Epstein, who parlayed money, connections, friends in high places and quite possibly extortion into a lighter-than-light sentence despite overwhelming evidence that over many years he had used his resources to gather “a large, cult-like network of underage girls — with the help of young female recruiters — to coerce into having sex acts behind the walls of his opulent waterfront mansion as often as three times a day…The eccentric hedge fund manager, whose friends included former President Bill Clinton, Donald Trump and Prince Andrew, was also suspected of trafficking minor girls, often from overseas, for sex parties at his other homes in Manhattan, New Mexico and the Caribbean, FBI and court records show.”

The prosecutor who allowed Epstein to virtually escape accountability for crimes that make such recent cultural villains as Harvey Weinstein appear to be benign in comparison was the Trump Administration’s Secretary of Labor, Alexander Acosta, then the U.S. attorney for Southern Florida.

Nobody’s talking, except the alleged victims, who are now mounting a legal challenge to the fiasco. Epstien’s lawyers, the kind of high-powered, high-priced super-team that only the richest of the rich can summon, included Allan Dershowitz, Roy Black and Ken Starr, among others, can’t discuss their representation under the rules of client confidentiality. So far, Acosta has been silent as well. The evidence that the paper’s investigation has uncovered—and again, don’t rely on this brief post, read the whole story—is persuasive, damning, and for me, someone who works in and with the legal profession, spiritually devastating. This, from the Maimi-Herald’s introduction and conclusion, provides some sense of the magnitude of the scandal: END_OF_DOCUMENT_TOKEN_TO_BE_REPLACED 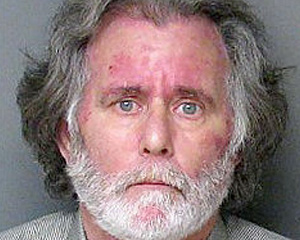 The media thoroughly disgraced itself by hyping the stupid story of James Verone, an out-of-work 59-year-old man with health problems who robbed a bank in Gastonia, N.C., for $1,  and then  waited patiently for the cops to arrest him.“When you receive this a bank robbery will have been committed by me. This robbery is being committed by me for one dollar. I am of sound mind but not so much sound body,”read the note that Verone handed the bank clerk.

Verone grabbed his 15 minutes of fame with gusto, telling the local TV station that he became a thief out of sheer desperation. He needed health care, he said, and had no other way to get it than through the free care provided in jail. The problem with this is that he had plenty of better options than turning to intentionally unsuccessful crime. A hospital in Gastonia, Gaston Memorial Hospital, offers discounts up to 100% to low-income patients. There is also a free health clinic five miles from the bank Verone robbed, and more in nearby Charlotte. Or Verone could have received treatment from of the state-of-the-art medical facilities at the University of North Carolina, whose mandate is to provide “medically necessary health care to the citizens of North Carolina, regardless of their ability to pay.”

Naturally, few of the media reports, calculated to use this idiot’s stunt to shill for government-financed health care, bothered to report any of this. END_OF_DOCUMENT_TOKEN_TO_BE_REPLACED

Seattle, San Francisco, Los Angeles, Washington D.C., Boulder, Boston, St. Paul, Austin, El Paso, Oakland and San Diego have all announced a boycott of Arizona, which stands condemned, in their view, of “violating basic American principles,” “Draconian law enforcement,” “promoting racism,” and “un-American measures.” All this, for announcing that the state is going to enforce a law long on the books that the Federal government stubbornly fails to enforce itself.

Almost all boycotts are unethical, and this one doesn’t come close to being fair or reasonable. Boycotts use economic power to bend others to the will of large groups that disagree with conduct or policy, bypassing such niceties as debate, argument, and rational persuasion. They can be effective, but they always depend on causing harm to third-parties, bystanders and others not directly involved in the decision that prompted the boycott, thus creating pressure on decision-makers to change direction based on considerations that have nothing whatsoever to do with the underlying controversy. It is a bullying tactic, and the only way it can pass ethical muster is if the reasons for it are clear, strong, virtuous, undeniable, and based on irrefutable logic that the boycott target is so wrong, and doing such harm, that this extreme measure is a utilitarian necessity. END_OF_DOCUMENT_TOKEN_TO_BE_REPLACED

Florida Republicans have a wonderful opportunity to demonstrate the proper response to a bracing ethics alarm. They can vote against Marco Rubio, the Tea Party-backed opponent of Governor Charley Crist in the Republican primary for the U.S. Senate.

Whatever Rubio’s virtues, ideological or otherwise, he set off the alarm with this: according to a carefully researched story in the Miami Herald, Rubio used his party credit card—his business credit card, issued to him by the GOP to use for party-related expenses only—to pay for things like: END_OF_DOCUMENT_TOKEN_TO_BE_REPLACED