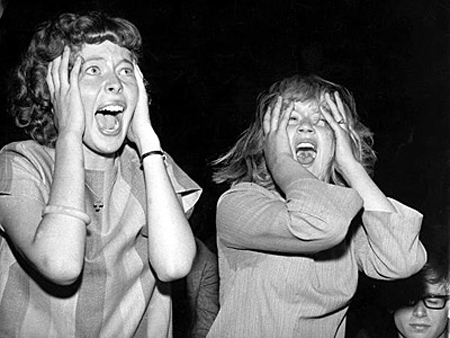 Another day, another “crisis”…

Current reports indicate that Iran regards its casualty free missile strikes last night as a sufficient “tat” for the killing of their master terrorist “tit.” If so, the “ARRGH! WORLD WAR III!!” anti-Trump hysterics were, as usual, wrong, and just embarrassed us, nothing more.. Meanwhile, Iran is refusing to hand over the black box of the Ukrainian airliner that just coincidentally crashed right around the time the missiles were flying. The fact that so many Democrats have allowed their brains and loyalty to rot to the extent that they defend  this awful place in order to attack their own nation’s President is all we need to know about the trustworthiness of their party.

1. Wrapping up the Golden Globes’ ethics issues…Michelle Williams is getting predictable hosannas from her acceptance speech at the Goldden Globes, in which she thanked abortion for her success. She said she wanted a life “carved by my own hand” and “wouldn’t have been able to do this without employing a woman’s right to choose.” The New York Times called these words “potent.” I call them deceitful. I’ll praise an equivalent speech when the woman has the integrity and courage to thank the human being who involuntarily gave up his or her chance to carve out a life with their own hand. The use of “choice” as euphemism for “I get to kill someone who stands in my way” is self-deception.

2. Thinking about Trump’s threat...The President backed down from his threat to target Iranian cultural cites in retaliation for any attacks on Americans after being informed that this would be a war crime under international law. I confess, I did not know this was prohibited, and I am not certain what to think about that. I knew the destruction of ancient architecture and important cultural cites became an issue for the Allies in World War II, but this has yet to make sense to me. The whole concept of the “nice” war is ethically incoherent. The idea of war must be to win as quickly as possible, minimizing deaths and chaos on both sides, especially one’s own. If the prospect of losing a nation’s treasured cultural structures is a deterrent to war, then to say that has no “military value” is simply not true. If you can’t tolerate risking your cultural treasures, don’t get into wars.

The values involved in this controversy are also incoherent. In “The Monument Men,” George Clooney’s sort-of accurate account of the special forces whose job was to track down and rescue great artworks stolen by the Nazis, the question is asked repeatedly, “Was retrieving this painting or statue worth sacrificing a human life?” I have no problem voting “Sure!” If the question is changed to refer to a thousand lives, or 10,000, I’m not so sure. END_OF_DOCUMENT_TOKEN_TO_BE_REPLACED 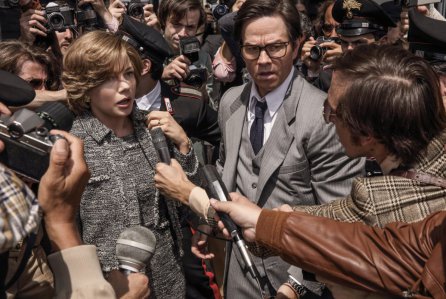 As usual, the headlines are misleading, and the reporting is soaked with emotion.. Michelle Williams Is Reportedly Worth 1500% Less Than Mark Walberg To Sony…

is a typical example. Fake news. Mark Wahlberg reportedly made 1500 times what Michelle Williams did for All the Money reshoots. True, but misleading. Here is what happened:

“All the Money in the World” is the film that had to be substantially re-shot after tyhe decision was made to make Kevin Spacey, in a major role, disappear, with his part taken by Christopher Plummer. This required far more re-shooting than a typical finished film requires. Most movie contracts require a certain number of reshoot days as a routine stipulation for the actors, who must make themselves available as needed. If more than the usual additional filming is needed, however, actors are not obligated to work beyond what they reasonably expected.  Michelle Williams and Mark Wahlberg had agreed to appear in “All the Money in the World” for less than their standard fee, but when they had to go an extra mile to let the film be completed, they each took a different tack.

Williams was nice, and quickly agreed to return, believing, without being told so,that other participants had made the same decision. She even worked over Thanksgiving,  arranging for her 12-year-old daughter, Matilda, to spend the holiday without her. “They could have my salary, they could have my holiday, whatever they wanted,” she Told the New York Times. “Because I appreciated so much that they were making this massive effort.” (…to get rid of Kevin Spacey!)

Her co-star Mark Wahlberg, however, realized that he had leverage over the production team. He was the only major cast member with no commitment to reshoot his scenes. The finished film was set to be released in theaters in about a month, on December 25, so he had terrific leverage. In Hollywood, leverage equals big bucks. He told his primary agent, Doug Lucterhand, to play hardball, and negotiate for as much money as he could get.

The production company ultimately agreed to a $1.5 million payment.

Is this gender discrimination? No. Is it an example of bias? No. Is it unfair? Well, only in that life is unfair, some people are more shrewd than others, Hollywood isn’t kindergarten, and nice guys finish last, as Leo Durocher said. END_OF_DOCUMENT_TOKEN_TO_BE_REPLACED