Today I arranged my day so I could watch the Boston Red Sox (who are on a roll) play the Minnesota Twins in a day game at the Twins’ park. Minutes before the game, it was called off, though the sun was shining and a crowd was on-hand. Why? Well, Daunte Wright, 20, was killed by a police officer in Brooklyn Center, Minnesota., about 10 miles northwest of Minneapolis.

This has, or should have, nothing whatsoever to do with baseball, or any other activity in the Twin Cities or anywhere else. It is a local law enforcement event, and as of now, it is impossible to determine what happened with certainty. Never mind, though: Black Lives Matter has decreed that every death of a black man or woman in a confrontation with police is by definition an undeniable example of race-motivated homicide, and the proper response is to riot.

First and foremost, the proper response is never to riot. Protesting and demonstrating are seldom the proper responses either. Second, rioting, demonstrating, protesting, and making accusations about an event before it has been made clear what in fact occurred, is irresponsible, dangerous and indefensible always, with no exceptions.

The female police officer shot Wright yesterday afternoon after pulling his car over for a traffic violation and discovering that he had a warrant out for his arrest. The police tried to detain Wright; he briefly struggled with police, and then he stepped back into his car, apparently trying to flee.

Of course he did. In the vast majority of these police-involved deaths with black Americans involved, the eventual victim resists the lawful orders of police. George Floyd did it. Mike Brown did it. In such cases, I bristle when I am told, as I heard one activist say today, that the community should “honor” the victim by not rioting. Those who get shot or killed as a direct result of resisting arrest should not be “honored,” because that is not honorable conduct. It is anti-social conduct that ruins some lives and ends others.

Body-camera video released by the police department shows the officer shouting, “Taser!” before firing her gun. She is then heard on the video saying, “Holy shit. I just shot him.”

END_OF_DOCUMENT_TOKEN_TO_BE_REPLACED

Having just banned a commenter for a useless and obnoxious comment on this same post, it it is a wonderful tonic to be able to post  JutGory’s masterful Comment of the Day critiquing the Minnesota Twin’s statement explaining their removal of Cal Griffith’s statue. It is a fine fisking of the kind of disingenuous babble we  have been getting from organizations of late.

The poll on Cal’s statue so far:

Here is JutGory’s Comment of the Day on the post, “Statue-Toppling, The Ethics Incompleteness Principle, And Calvin Griffith, Part Two”:

Jack: “Taking all of that together, I believe that the Twins are justified in taking down Griffith’s statue, and that it would have been unethical for the team not to.”

Apart from the whole statue-removing thing, here is my problem with this:

“When we opened Target Field in 2010 in conjunction wit h our 50th season in Minnesota, we were excited and proud to welcome fans to our ‘forever ballpark.’”

As such, we wanted to pay permanent tribute to those figures and moments that helped shape the first half-century of Minnesota Twins baseball.

PERMANENT. That is a strong word. But, that is what they intended. Permanent Tribute.

– including a statue of Calvin Griffith, our former owner and the man responsible for moving the franchise here in 1961.

Including the man who moved them to Minnesota. Seems fitting. But for him, they wouldn’t have moved to Minnesota. And, why did he move the franchise? Because of the same racist attitudes that they condemn.

“We cannot remain silent and continue ignoring the racist comments he made in Waseca in 1978.”

I see. So, the permanent tribute was made while ignoring the racist comments you knew about. END_OF_DOCUMENT_TOKEN_TO_BE_REPLACED

Where Cal Griffith’s statue once stood…

Here is what Calvin Griffith said in the 1978 remarks that led the Minnesota Twins to remove his statue in from of the team’s stadium, Target Field.

Griffith was invited to speak to the Lions Club in Waseca, a small city in southern Minnesota. Taking questions from the audience after his planned speech, someone asked Griffith  why he brought the Twins to Minnesota from Washington, D.C., in 1961. Griffith lowered his voice, asked if there were any blacks around, and  looked around the room. Apparently confirming that his audience was all white,  Griffith said,

“I’ll tell you why we came to Minnesota. It was when I found out you only had 15,000 blacks here. Black people don’t go to ball games, but they’ll fill up a ‘rassling ring and put up such a chant it’ll scare you to death. It’s unbelievable. We came here because you’ve got good, hardworking, white people here.”

It’s hard to get more racist than that, at least short of a Klan rally. I’ll poll this at the end of the post, but I believe that this is a case where the Ethics Incompleteness Principle applies, and the usually valid ethical objections to pulling down the statues of problematic, controversial or subsequently disgraced historical figures have to yield to other considerations, which are these: END_OF_DOCUMENT_TOKEN_TO_BE_REPLACED 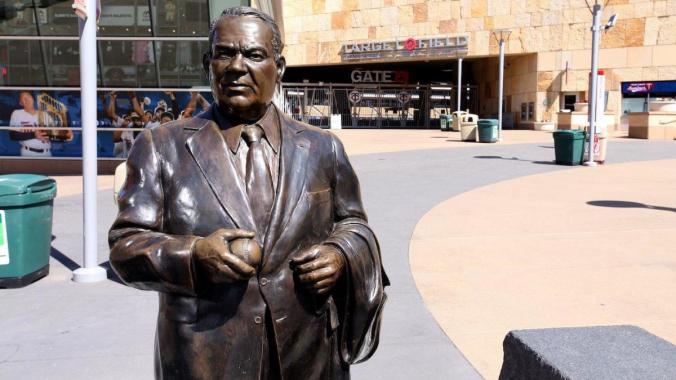 The Ethics Incompleteness Principle, a core concept on Ethics Alarms, holds that even the most convincing ethics rules, moral codes, laws and principles have exceptions. The inspiration for this observation was the work of Czech-born mathematician Kurt Gödel, whose two Incompleteness Theorems, which relate to mathematical proofs, are his most famous contribution to civilization and science. A linguist as well as a scientist,  Gödel unintentionally delivered an essential blow against the ethics absolutism of Kant and rigid morality when he proved that human language is not sufficiently precise to define rules that will work as designed in every instance. The logical extension of Gödel’s theorems, which he applied only to mathematics and, by extension, physics, tells us that there will always be anomalies on the periphery of every normative system, no matter how sound or well articulated it is. If one responds to an anomaly by trying to amend the rule or system to accommodate it, the integrity of the rule or system is disturbed, and perhaps ruined. Yet if one stubbornly applies the rule or system without amendment to the anomaly anyway, one may reach an absurd conclusion or an unjust result. [ Here is an online discussion of the application of Gödel to ethics, which appeared years after the Ethics Incompleteness Theorem was posited on Ethics Alarms.]

The Ethics Incompleteness Principle suggests that when a system or rule doesn’t seem to work well when applied to an unexpected or unusual situation, the wise response is to abandon the system or rule—in that one anomalous case only— and use  basic ethics principles and analysis to find the best solution. Then return to the system and rules as they were, without altering them to make the treatment of the anomalous situation “consistent.”

Much as we would like it to be otherwise, for life would be so much simpler if it were so, no system or rule is going to work equally well with every possible scenario. This is why is why committing to a single ethical system is folly, and why it is important to keep basic ethical values in mind in case a pre-determined formula for determining what is right breaks down.

When a reader and frequent commenter sent me this announcement from the Minnesota Twins a few days ago, my reflex reaction was as you would expect: END_OF_DOCUMENT_TOKEN_TO_BE_REPLACED 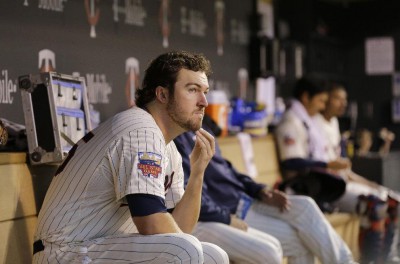 This is the final day of the regular baseball season, and an appropriate time to salute a major league player who placed principle over cash….even if I disagree with him

Phil Hughes was a bargain pick-up during the off-season for the Twins, a failed pitching phenom for the Yankees widely viewed to be on a fast slope to oblivion. He surprised everyone with a wonderful season for the otherwise woeful Minnesota team this season, potentially setting the all-time strikeout-to-walk ratio record, and began his final start of the campaign needing to throw eight and a third innings to reach 210 and trigger a $500,000 bonus in his contract.He would have made it, too, pitching eight dominant innings against the Diamondbacks and allowing just one run.  Then there was a downpour, with Hughes needing one more out to get the  extra $500,000.

After more than an hour’s rain delay, the game was resumed, but as is the practice in baseball, Hughes did not return to pitch: too long a delay, his arm too cold, too much risk of injury, especially after throwing so many pitches.  Hughes accepted the bad luck without complaint or rancor, saying that “some things aren’t meant to be.” END_OF_DOCUMENT_TOKEN_TO_BE_REPLACED

In Game two of the 1991 World Series between the Minnesota Twins and the Altanta Braves, Brave outfielder Ron Gant singled and rounded the bag, drawing a throw to first base. He appeared to beat the throw to the bag, but the Twins’ jumbo first baseman, Kent Hrbek,  wrapped his arm around Gant’s leg and lifted him off the base as he applied the tag. First base umpire Drew Coble managed to completely miss Hrbek’s illegal tactic, and called Gant out to end the inning. The Twins went on to win that game by one run, and in one of the closest Series of all time, also won the World Championship, 4 games to 3.

Hrbek’s muscling of Gant off of first base has been widely regarded as one of the most egregious examples of cheating by a player in baseball’s 130 year history. So, to commemorate the 20th anniversary of the Minnesota World Series triumph, the Twins will hold a special “1991 World Series Champs Reunion Weekend” promotion featuring members of the 1991 team at the August 5 game, and the first 10,000 fans through the gates will receive a free Kent Hrbek/Ron Gant bobblehead, depicting the infamous play. END_OF_DOCUMENT_TOKEN_TO_BE_REPLACED