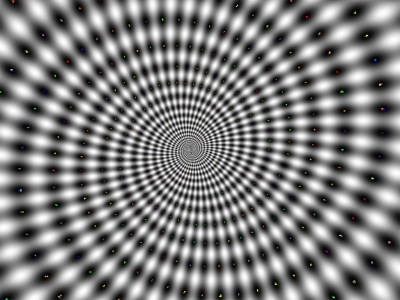 Are you hypnotized yet?

It would be nice, it really would, if partisans on both sides of a legitimate, close issue of national importance would admit that there are valid arguments on each side, show some mutual respect, and not frame their arguments as if anyone who thinks differently is deluded, stupid or evil.

Thus it has been elevating, if, I suppose, misleading, to read over a year’s worth of debate on the topic now under consideration by the Supreme Court, Obamacare’s so-called individual mandate, over on the scholar and lawyer- glutted blog, the Volokh Conspiracy. Written by distinguished and articulate academics, it is a right-leaning and libertarian site for sure, yet manages to cover all sides of most of the issues it considers thoroughly and fairly. Nobody could read the detailed, case and precedent-filled essays about the individual mandate and think for a moment that its constitutionality is an open and shut case. It’s obviously a very close question, and one that involves far wider implications than merely one health care law. This is one of the periodic landmark constitutional cases in which the Supreme Court is being asked to approve another key adjustment in the meaning of our remarkably flexible but hard to amend national by-laws, or, in the alternative, put up a red flag and a brick wall that reminds our government that there are some things is cannot do, even if it would dearly like to.

If you care about the case being argued in the Supreme Court as I write this, go read some—it would take you a month to read it all—of the discussions on this topic over at Volokh. If you can understand the sometimes technical and overly-dense writing, you will recognize how difficult a legal issue this is. If you can’t understand it, then stop rendering opinions about the case, the mandate, and the inevitability of its approval or rejection. Journalists and pundits should follow the same advice. END_OF_DOCUMENT_TOKEN_TO_BE_REPLACED

Judge Roger Vinson of Florida’s Northern District Court has struck down the much-debated individual mandate in the new health care reform law, and more striking yet, has ruled that the entire law fails to meet constitutional requirements as a result. Lawyers more skilled than I will be analyzing the opinion today and long afterward, but the opinion is also notable for its ethical approach. END_OF_DOCUMENT_TOKEN_TO_BE_REPLACED