1. Critic Ethics. A new book about iconic “New Yorker” film critic Pauline Kael reinforces the question that kept coming to mind when she was savaging movies monthly: why would anyone care what she thought about anything? The woman hated “The Sound of Music.” She panned every John Wayne movie because his personal political views were too conservative for her. If someone’s tastes and values are that different from yours, her judgment about just about anything doesn’t provide guidance or perspective.  Pauline Kael thought that the Charles Grodin-Jessica Lange version of “King Kong”—you know, the one where Kong was played by a man in a gorilla suit?—was better than the original.  What good was she? Why would anyone want to read a book about her? Why would anyone write one?  In fact, why am I even wasting a section of a “warm-up” on her?

2. Follow-up on the Democratic debate climate change segment. What is now obvious is that none of the candidates plan on ever telling voters specific facts indicating why they should want to gut the economy and surrender personal freedoms to government mandates. That climate change is a certainty is “settled science,” it’s an “existential crisis,” and anyone who questions the accuracy of apocalyptic models and projections is a science denier. Events like the California wildfires are irrefutable proof that all the projections are correct.  Of course, few of the climate change hysterics could read and translate a climate model, or understand the science involved sufficiently to either critique it or agree with it. (But I agree that it would be lots of fun to hear Joe Biden try.) Meanwhile, they are all telling the public that fossile fuels need to be banned, and with them the industries and jobs they support. All of this depends on the public being ignorant, gullible, and so stupid that they shouldn’t be allowed to leave the house without a chaperone.  For example, is the public aware of this—is the news media reporting it, and are any of the candidates capable of it should be ignored in favor of crushing the economy for speculative benefits? From Axios: END_OF_DOCUMENT_TOKEN_TO_BE_REPLACED

(That almost came out “good monging”…not a propitious sign)

1.  Diversity ethics:  The concept that somehow there are sinister motives and undesirable results any time an occupation settles into a demographic mix that isn’t four-square with that of the general population is one more bit of ideological cant. In London, U.K, the mayor has decreed it a crisis that the population using bicycles is disproportionately white, and has  said he is considering setting diversity targets for London’s cycling population to ensure that “progress was achieved.” I liked Amy Alkon’s disgusted reaction to this whole issue, as she asked how  gender equality would be achieved in fields where women show little interest in participating for a variety of reasons, including a greater interest in a work-life balance. How is this artificial PC “diversity goal” going to be achieved, she asks…” Force women at gunpoint to become cardiologists, oil rig workers, and garbagepersons? Force men at gunpoint to become veterinarians and kindergarten teachers?”

Reader (and volunteer Ethics Alarms proof-reading czar) Pennagain just sent me an article about the relative lack of female movie critics (minority movie critics are also under-represented among Hispanics, blacks and Asians. (I would also bet that they are disproportionately gay, but the study discussed didn’t check that, apparently.) Now unlike, say, female  “garbagepersons,” female movie critics predictably have a point of view that would make a substantive difference in film reviews, so I cannot brush aside this particular imbalance with “So what?” Instead I will ask, “What’s stopping them?” Anyone can be a movie critic now: all you need is a website, some dedication, and, one hopes, some understanding of film and culture. Now, being paid as a film critic is a little trickier.

Here is the Wikipedia entry on the New Yorker’s Pauline Kael, still perhaps the most famous U.S. film critic, whose long-lasting prominence, success and influence (I hated her reviews most of the time–overly political and biased, with whole genres she didn’t understand—“guy movies” like Westerns and horror films, that she sniffed at as beneath her) should have inspired more women to enter the field, but didn’t. I presume there is a reason for that, such as that spending your life watching multiple movies a day including many you wouldn’t be caught dead at if it wasn’t mandatory isn’t an attractive career choice, especially if you want a family.

2. From my sexual harassment files...I just rediscovered this, a sexual harassment case I discussed in program for a construction company in the 90’s. An attractive woman who worked in construction (Diversity!) was walking to work with a co-worker when some boor from an apartment window shouted at her, “Hey, show me your tits!” The women misheard the remark, and shouted back, “Sorry, I don’t have any kids!” Her colleague thought th exchange was hilarious, and told her what the guy really said, He also told everyone on the construction site about the incident, and the woman was pestered from then on with men smirking as they made comments like, “Hey, can I see pictures of your kids?” I hear you have two beautiful kids!” “Why don’t you let your kids out more?”  “Boy, I bet you’re proud of those kids of yours.” The women tried to laugh it off, but the joke never died, even though she started telling everyone to knock it off. Finally, she complained to management, and was told that she was being silly and hyper-sensitive. She sued.

Was using the word “kids”  in a coded joke creating a hostile work environment, or did the court find that since the language itself was inoffensive and not sex-related, it couldn’t be sexual harassment? END_OF_DOCUMENT_TOKEN_TO_BE_REPLACED 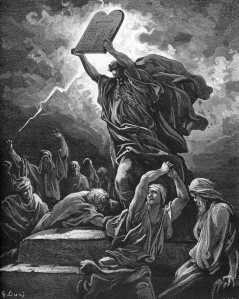 Film critic Roger Ebert’s autobiography is out, and I’m sure it’s terrific: Ebert is a lively writer, and he has many good stories to tell. One tale from the book that has been recounted in several  reviews, however, caused me to slap my forehead. Ebert says that he adopted longtime New Yorker film critic Pauline Kael’s approach to film reviewing, which she wrote was, “I go into the movie, I watch it, and I ask myself what happened to me.”

Ah HA! That’s why Pauline Kael was such a destructive film reviewer, and the predominance of her attitude is why reviewers of stage and film do far more damage than good. Once upon a time, when critics had professional standards and cared about fairness, the accepted approach of someone who reviewed films or plays for public consumption wasn’t how a work made the critic feel, but rather how it was likely to make a typical audience member feel. It doesn’t take much insight to decide whether one likes a play or a movie; anyone can do that. END_OF_DOCUMENT_TOKEN_TO_BE_REPLACED

When Variety recently announced that it was firing its in-house film and drama critics, there was much tut-tutting and garment-rending over the impending demise of professional reviewing in magazines, newspapers and TV stations. The villain, the renders cry, lies, as in The Case of the Slowly Dying Newspapers, with the web, which allows any pajama-clad viewer of bootleg videos to write film reviews, and any blogger who cares about theater to write a review of a play. “I think it’s unfortunate that qualified reviewers are being replaced,” said one movie industry pundit, “but that’s what’s happening.”

I say, “Good. It’s about time.” (And also: “QUALIFIED?”) If there has ever been an excessively influential non-professional profession that caused as much damage as reviewing, I’m not sure I want to know about it. The end of full-time film and drama critics as we know them can only prove to be a boon for artists and audiences alike. END_OF_DOCUMENT_TOKEN_TO_BE_REPLACED