This is professor Larry Lessig. Is it unfair of me to believe that this particular pose is signature significance for a pompous ass? Nobody in the history of photography who wasn’t pompous  posed this way, Lessig has several pictures like this.

The 10th U.S. Circuit Court of Appeals at Denver ruled 2-1 this week that the Electoral College system established by Article II and the 12th Amendment of the U.S. Constitution allows Presidential electors to vote against the candidate the popular vote in their state commits them to vote for. In 1952, the U.S. Supreme Court ruled  that primary candidates for party electors can be required to pledge to support the party’s candidate, but according to this decision, that pledge is not enforceable.

The 10th Circuit’s decision was a victory for Michael Baca, a Colorado elector who in 2016 cast his vote for John Kasich, then governor of Ohio, even though state law at the time required him to vote for the winner of the state’s popular vote, who was Hillary Clinton. Baca said his intention was to persuade enough members of the electoral college to cast votes for Republicans other than Donald Trump in an effort to deny Trump a victory.

Ooh, good plan! One way to avoid this problem is for states to make sure their electors aren’t arrogant, undemocratic whack-jobs.

The state removed Baca as an elector and canceled his vote, causing two other electors to abandon their plans to vote for Kasich. All three joined the lawsuit against the Colorado secretary of state’s office, but the 10th Circuit found only Baca had standing to sue.

It seems that the decision has strong Constitutional law behind it. Baca v. Colorado Dep’t of State said in part, END_OF_DOCUMENT_TOKEN_TO_BE_REPLACED

Oh, shut up, Chris; you too,, Alexander.

Another faithless Texas elector has announced himself. This time, it’s Christopher Suprun, the latest previously anonymous figure to exploit the 2016 Presidential candidacy of Donald Trump for 15 minutes of fame. Let’s see: there was Trump’s former lawyer, who breached or nicked several legal ethics duties to get a column in the Huffington Post, Trump’s ghostwriter, and all of the women who never saw fit to complain of being sexually assaulted by the President Elect until their accusations could do maximum harm and spark maximum exposure. Now we have Suprun, who penned a self-righteous op-ed for the New York Times explaining why he feels he is entitled, all by himself, to ignore the will of the people and cast his vote as elector for someone other than the candidate Texas insisted he pledge to vote for: the winner of the most votes by participating Texas citizens in the November 12 election.

The measure of Suprun’s gravitas and qualifications to take this responsibility on himself is aptly illustrated by the first of his justifications for his untenable position: “Mr. Trump goes out of his way to attack the cast of “Saturday Night Live” for bias.” Naturally, he appeals to the authority of Alexander Hamilton, whose various employments in the post-election train wreck has convinced me that he, not Old Hickory, really should move off the currency and make way for someone with the right number of chromosomes. If I hear one more quote from Federalist Paper 68—which no one is 100% certain that Hamilton even wrote—I may strip off my clothes and run screaming Norse epithets into the night. Assuming, as most do, that the author was Hamilton, so what? The paper was written after the Constitutional Convention. Hamilton’s concept for that document and the structure of the government was rejected. He didn’t trust the public, or democracy, wanted George Washington to be king, and championed a system the resembled Great Britain’s. Using him to justify a concept of the Electoral College that has never been employed or accepted in the United States is a classic logical fallacy. END_OF_DOCUMENT_TOKEN_TO_BE_REPLACED

….As an Elector, I came to conclusion I have three options under our current system. I can 1) vote for the nominee of their party under which I was elected, 2) vote for someone else and be considered a faithless elector (a term I despise), or 3) I could resign my position if the candidate turns out to be someone I can not, in good conscience, vote for. I believe under the right circumstances every option is not only valid, but can be ethically the righteous thing for a Christian to do. The question that everyone wants answered is, what will I, an Elector who is under the conviction that our nominee is not a biblically qualified candidate, do? After wavering back and forth, my conscience is finally at peace with the decision I’ve made….If Trump is not qualified and my role, both morally and historically, as an elected official is to vote my conscience, then I can not and will not vote for Donald Trump for President. I believe voting for Trump would bring dishonor to God. The reality is Trump will be our President, no matter what my decision is. Many are furious that I am willing to have this discussion publicly. Personally, I wish more civil officers would be honest about their convictions. Assuming a Trump Presidency is their ultimate goal, they will get that. The problem is, that isn’t what they want. They want a democracy. They will threaten to kill anyone who challenges their power to vote for Skittles for dinner. That is evidence alone to prove that our republic is lost. The shell may remain, but in the hearts of the people and functionality of the system our republic is gone.

…I believe to resign is to honor the intent of the pledge as it relates to the people of my district. Since I can’t in good conscience vote for Donald Trump, and yet have sinfully made a pledge that I would, the best option I see at this time is to resign my position as an Elector. This will allow the remaining body of Electors to fill my vacancy when they convene on Dec 19 with someone that can vote for Trump. The people will get their vote. They will get their Skittles for dinner. I will sleep well at night knowing I neither gave in to their demands nor caved to my convictions. I will also mourn the loss of our republic.

This excerpt doesn’t do the tortured elector justice, as he expounds on his torment in detail in this remarkable blog post.

1. His ultimate decision was the ethically correct one, the “book answer”: Resign, and let someone who can and will do what the voters expect take his place. He reached it using some unethical and crooked paths, though.

2. His post is a rationalization-fest with muddled thinking and dubious history thrown in. Sisneros inadvertently makes an ironclad case for why we don’t want electors like him to have the power to veto the electorate. This guy is too confused and emotional, not to mention biased and theocratic, to be trusted for such a job. Who knows? The other electors may be even worse. END_OF_DOCUMENT_TOKEN_TO_BE_REPLACED

From the Pittsburgh Tribune-Review‘ via Mediaite: Attendees at a Hillary Clinton campaign event in Cleveland, Ohio, were asked to sign a pledge promising to vote for the candidate before they were allowed into the venue.

Yes, this is basically a loyalty oath. Loyalty is the most confounding of ethical values, because it so frequently leads to unethical resolutions of ethics conflicts, when loyalty requires the rejection of other ethical values that should be given priority. Many unethical organizations and leaders insist on loyalty even if they will disdain honesty, integrity, responsibility, accountability, fairness and decency. Used like this, loyalty becomes a virtue that enables unethical conduct. A mother refuses to report her murderous son. A wife abets her raping husband (Hello, Camille Cosby!) Another wife supports her husbands lies about his adultery. (Now who could this be?) Blind loyalty directs Southerners to insist that their forebears weren’t rebelling in support of slavery, African-Americans to insist that a black President is a great President, and patriots to spit “Disloyal!” at principled protesters of national policies abroad.

Obviously, loyalty is very useful to leaders who are untrustworthy or corrupt. They seek support out of quid quo pro transactions that insist, “You owe me! I was there for you, so you must be there for me, no matter what happens,” “no matter what happens” meaning “no matter what awful things I do and what unsavory things you learn about me.” It isn’t patriotism is the last refuge of a scoundrel, as Samuel Johnson famously said, but loyalty. Loyalty was the main bulwark of power and survival for Don Corleone, Colonel Jessup (“A Few Good Men”), Auric Goldfinger,  Darth Vader…and in the real world, Richard Nixon, Mao, Jesse James, Bill Clinton…and obviously, Hillary. END_OF_DOCUMENT_TOKEN_TO_BE_REPLACED

Richard Painter is a distinguished, ethics-savvy attorney of a progressive bent who teaches legal ethics and who is a frequent contributor to the Legal Ethics Forum. He has formulated a legally enforceable candidate’s pledge requiring a member of Congress, once elected,not to accept campaign contributions except from natural persons residing in a congressional district and a promise, after leaving Congress, not to accept a lobbyist job that would entail lobbying former colleagues in the Capitol.

Painter was inspired to do so, he says, when contacted former student  who is managing the John Denney for Congress Campaign in Minnesota’s Sixth Congressional District.  Denny wants to take such a pledge, and Painter obliged with the document below.

What do you think? END_OF_DOCUMENT_TOKEN_TO_BE_REPLACED 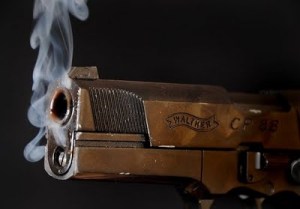 I could not resist this one. Colleague Bob Stone, better known as “Ethics Bob,” has jousted with me over the Tampa Bay Times’ “fact check” web page, PolitiFact. Though far from the worst of the newspaper fact check features, PolitiFact is routinely biased leftward, and sometimes worse than biased. Bob, and some other worthy visitors here, rise to PolitiFact’s defense whenever I smite it, though it deseves to be smought, or smitten, or whatever. Here is a ringing example of why Politifact drives me crazy, and a ridiculous display of biased reporting.

You may recall that  when she was House Speaker, Nancy Pelosi used military aircraft to travel to and from her home district in California, costing taxpayers millions of  dollars. This became a Tea Party rallying cry (as well it should have), and was taken as symbolic of the profligate Democratic Congress. John Boehner, the current Speaker, pledged during the 2010 campaign that if he took over, he would fly commercial. He reiterated the pledge after 2010’s red tide gave him the gavel. END_OF_DOCUMENT_TOKEN_TO_BE_REPLACED

Lost in the furor over the insulting “small  people” characterization by BP’s hapless Chairman was a seriously unethical statement by President Obama. If the President is lucky, nobody will remember it. He hasn’t been very lucky lately, however.

As with Hurricane Katrina and President Bush, the Gulf oil spill has subjected President Obama to some unfair public expectations, some of which stem from a basic misunderstanding of Presidential power. (There have also been his genuine failures to meet reasonable expectations based on correct assumptions about Presidential leadership—but that is another topic.) Unfortunately, President Obama brings this upon himself by habitually over-stating his influence over people and events that he can not really control. He did this again, when he announced BP’s agreement to establish a 20 billion dollar fund to address the leaking oil’s damage to the Gulf region, its businesses and its inhabitants: END_OF_DOCUMENT_TOKEN_TO_BE_REPLACED

“Let me just make this point, John, because we’re not campaigning anymore.  The election is over.”

———-President Barack Obama at the so-called “Health Care Summit” at Blair House, in response to Sen. John McCain’s complaint that the process used to craft the Presidents’ health care reform bill expressly violated promises Obama made during the 2008 campaign. END_OF_DOCUMENT_TOKEN_TO_BE_REPLACED