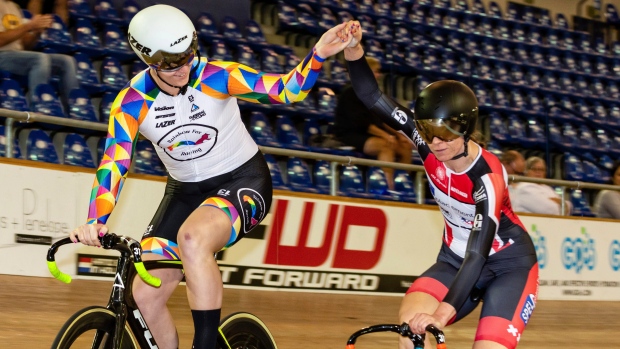 Yesterday I headlined the story about transgender powerlifter Mary Gregory, who just shattered multiple lifting records, Unfair, Obviously Unfair, Scandalously Unfair. Why Are Athletic Organizations Allowing This? Why Are Women Tolerating It?

Possessed of a keener memory than I, reader Luke G. “pounced,” as the news media always says when Republicans object to Democratic words and conduct that absolutely should be objected to. He wrote in part,

What made you change your mind on this issue? Several years ago you were bad-dogging me in the comments for the views you hold now- you claimed back then that there was no reason [male-to-female transgender athlete] Fallon Fox shouldn’t get to fight in Women’s UFC, because she lives as a female and had transition surgery. According to 2013 Jack, “I don’t believe that males have an unfair advantage at all. Many advantages in physical ability can be made up with skill, and that true of most professional sports.”….I’m just wondering what it was that finally pushed you to flip on this one.

I wrote THAT? Yes, I did. Boy, is it ever inconvenient having over 10,000 searchable posts around to prove your inconsistencies. END_OF_DOCUMENT_TOKEN_TO_BE_REPLACED 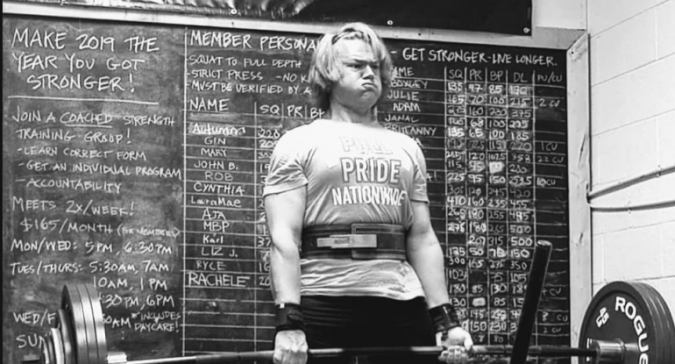 Over the weekend , powertlifter Mary Gregory, a biological man who identifies as a woman and thus is to be regarded as transgender,  set the Masters world records for women’s squat, women’s bench press, and women’s deadlift. Mary has testicles and a penis. Presumably all she would need to compete in a male weightlifting competition is a new name, and an announcement that the he turned she now identifies as a male again.

“What a day, 9 for 9! Masters world squat record, open world bench record, masters world dl record, and masters world total record!” Mary Gregory posted on Instagram. Gregory thanked the Raw Powerlifting Federation. “As a transgender lifter I was unsure what to expect going into this meet and everyone – all the spotters, loaders, referees, staff, meet director, all made me welcome and treated me as just another female lifter- thank you!”

I’m happy for you, Mary. Your cheating was allowed. Be proud. You go…girl. END_OF_DOCUMENT_TOKEN_TO_BE_REPLACED

1. Gov. Northam ethics Updates  a)There are reports that Virginia’s beleaguered governor will resign tomorrow. b) Then again, maybe not. The Times has this amazing story:

Gov. Ralph Northam of Virginia, facing intense pressure to resign from fellow Democrats after admitting that he posed for a photo in a racist costume as a medical student more than 30 years ago, was calling state Democrats on Saturday to say he did not think it was him in the picture and that he would not resign… in phone calls on Saturday morning he said he had no recollection of the yearbook image of two men, one in blackface and the other in Ku Klux Klan robes….

In addition to calling state Democratic officials, Mr. Northam has been calling former classmates at Eastern Virginia Medical School in an effort to determine more information about the picture — and to survive a crisis that is threatening his year-old governorship, according to a Democrat familiar with Mr. Northam’s calls.

This Democrat said the governor was determined to prove it was not him in the photograph and was even considering using facial recognition software. The governor, the Democrat said, had wanted to take responsibility on Friday night, which was why he apologized for appearing in the picture without acknowledging which person he was in the image.

Now he has to resign because he has proven that he’s an idiot. He began by admitting that he was definitely one of the two men in the photo and apologizing. If he wasn’t, does that mean that there’s another photo of Northam in a Klan get-up or in blackface? Why would he admit to dressing up in blackface or as a Klansman if he never did so? Was this so routine for him that he wouldn’t remember if he did it or not that particular time? Was he lying when he admitted that he was in the photo–and why would he do that?—-or lying now in a desperate attempt to save his career? Ugh. Show some dignity, man.

c) Conservative bloggers and pundits are enjoying this revolting spectacle way too much. Allahpundit: “Killing babies on the table is one thing, but an old blackface photo is where America draws the line.” Charlie Kirk:

David Bernstein: “The standards on past indiscretions confuse me. If we had had a picture of Ted Kennedy driving a car off a bridge and leaving his passenger to die while he planned a cover up, would he have had to resign?”  And when Planned Parenthood demanded that Northam resign, we got this…

Of course, as Ann must recognize, all of those individuals, unlike Northam, were or are performers whose use of dark make-up was related to a particular role, skit or musical number. END_OF_DOCUMENT_TOKEN_TO_BE_REPLACED