“This is Paul. Won’t you help him? Paul, like millions of other victims across the land, suffers from Constitution Ignorance Syndrome. This dread malady causes its victims to advocate fascist policies and to sound like idiots in their public statements. But there is hope for Paul, and those like him. Please give, and give generously, To Educate Paul a non-profit charity. Your gift is tax-deductible, and you will have made the United States a little less stupid with every penny you contribute to this vital cause.”

This was the guy that Donald Trump was supposedly going to endorse as retribution for Speaker Ryan’s negative comments? It’s comforting, isn’t it, that Trump isn’t that irrational? Ann Coulter is, but Trump isn’t. (At least in this case.)

Paul Nehlen is the arch conservative and certifiable ignoramus who is challenging House Speaker Paul Ryan in Wisconsin’s First Congressional District’s Republican primary. Interviewed last week on “Chicago’s Morning Answer,” Nehlen said that he wonders why we have any Muslims in the country, and suggested that there should be a public debate about tossing Muslims out of the U.S.

Here’s a partial transcript of the relevant comments Nehlen made to hosts Amy Jacobson and Dan Croft: END_OF_DOCUMENT_TOKEN_TO_BE_REPLACED

Yesterday, House Majority Leader Eric Cantor lost the GOP primary in Virginia’s 7th District to virtually unknown economics professor Dave Brat, conservative hard-liner who was backed by the Tea Party wing of the Virginia Republican Party, and the some influential voices on local conservative talk radio. You can get political analysis, though precious little of it objective, almost anywhere you look. Here are some ethics observations:

1. The turnout for the primary was less than 15%. Here is what that means: citizens who give a damn get their way. That is as it should be. An eligible voter who can watch the mess in our national government and sit out any opportunity to make his or her voice heard and vote count is a lazy and irresponsible citizen. This means that in the Virgina 7th District, more than 8 out of 10 voters are lazy and irresponsible. To them I say: I don’t care what you think. You have shirked the sacred responsibility of self-government. Go find a king somewhere. You don’t understand or appreciate democracy, and you don’t deserve one. END_OF_DOCUMENT_TOKEN_TO_BE_REPLACED 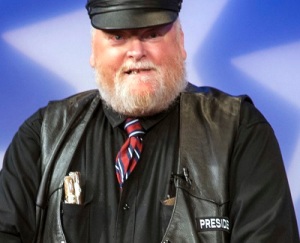 The incompetence of  people like Harley Brown, a GOP candidate for Governor of Idaho, running in the primary, makes me angry and sad.

Some will protest that candidates for office have no ethical obligation to be competent. After all, running a bad campaign is its own punishment: you lose. That is not necessarily true, however, particularly in the states, but even if it is true, you can do a lot of damage while losing.

Like any other role, task, or job, running for a high elected office like governor of a state comes with responsibilities. For one thing, other people would like to run, work hard at it, and in the process, help democracy work better by giving voters a choice. Incompetent candidates like Brown not only block someone from running who might be good at it, they also give voters less choice, and sometimes, no choice at all. Those who complain about President Obama should review the pathetic campaign performance of John McCain. All these years to prepare, and he couldn’t master the skill of reading from a teleprompter without looking like he had been zapped by Dr. Strange and sounding like a Rotary Club awardee who begins his speech with “Unaccustomed as I am to public speaking…”?

There is more to resent about inept candidates, but let us focus on what makes Brown so awful. Many Idahoans were introduced to him during the recent Republican candidates debate, in which he began the night dressed like a superannuated biker, which is apparently what he is, or maybe Santa Claus in the throes of a mid-life crisis. Then he launched into what is obviously going to be his real schtick: blue collar, redneck sensibilities as imagined in the stereotyped  dreams of Bill Maher, delivered in wince-inducing bumper-sticker slogans and bad jokes that would be the low-lights of the worst stag party routine of all time.

Harley, as his website warns you, has declared war on “political correctness,” and he intends to campaign with what he egotistically calls “Harleyisms”:

“This is a unique compilation of American blue-collar attitudes, political philosophy and non-politically correct humor to both edify and entertain you.I am an opinionated grandfather trying to do what I can to help America become a better place for my grandchildren. To tell the truth, political correctness is in fact, “bondage to fear. “I am making a major political issue of FREEDOM from political correctness. I intend to walk the walk, not just talk the talk…I want to present myself as a much different “Candid Candidate” from the politically correct lawyers now dominating political circles. Perhaps then multitudes of righteous citizens ( particularly the hoards of my currently unregistered blue-collar brothers) will become politically active and help me fight for the futures of our grandchildren with tremendous passion motivated by love…I believe Harleyisms to be a splendid weapon against the vile bondage of political correctness…”

“Harleyisms,” however, really means “moldy and mostly unfunny jokes someone else made up that are only funny to bigots, fools and kids, and are certifiably embarrassing coming from anyone over the age of 12 who is claiming to be worthy of representing, leading, and looking out for the welfare of an entire state.” END_OF_DOCUMENT_TOKEN_TO_BE_REPLACED