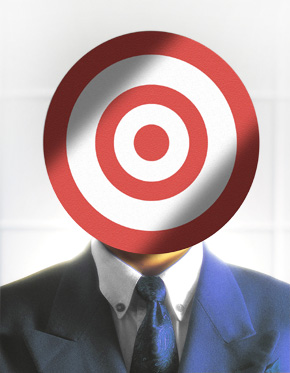 My legal ethics colleagues have their briefs in a bunch over a case in which an enterprising news media reporter dredged up old, old —but scintillating!—professional discipline on two lawyers taking on the defense of a much-hated defendant in a sensational and heinous crime.

One had been suspended for taking client money, but was eventually reinstated. The other had been reprimanded for having a sexual relationship with a client. The idea, of course, was to make the lawyers look bad. The issue is whether this is a fair use of attorney discipline, especially in the latter case.

The episode is similar to the Hader Gotcha, which we have discussed here several times, in which deep social media divers look for embarrassing youthful social media posts from the past, even from teen years, to use to turn the public against the individual, or at least to force the target to grovel an apology. It is also similar to the Brett Kavanaugh hit from Dr. Blasey-Ford, though I doubt this would occur to my overwhelmingly “woke” legal ethicist friends.

The lawyer raising the issue represents attorneys faced with disciplinary complaints, and asks why this is happening, feels that it is unfair, since the discipline wasn’t recent and had nothing to do with the current case, and thinks it is wrong that the reporter didn’t bother to talk to the bar association or the lawyers themselves to get proper context. He also asks whether anything can be done about it, including, perhaps, not publicizing some varieties of lawyer discipline.

Do I need to warn my clients that a collateral consequence of discipline is that if they ever take a high-profile case, the press might dredge up old dirt when covering the case?

This is too easy:

Well, I found a Best Buy in Erie (above), so barring a new catastrophe, I should have a full charge this afternoon and can begin catching up. I am sorry about the inconvenience caused by this self-inflicted problem. I’m afraid to even look at the Ethics Alarms traffic: this August has already been historically bad in that respect. Thanks for your patience.

Fell free to write about any ethics issue that concerns and interests you here while my little netbook is charging, assuming it does. Right now I’m on fumes…

1. Does the New York Times have access to a legal ethicist? How about a competent lawyer? In this story, the Times suggests that the White House doesn’t know what the White House Counsel told Robert Mueller in November. That’s ridiculous, and, I submit, impossible.

(1) promptly inform the client of any decision or circumstance with respect to which the client’s informed consent, as defined in Rule 1.0(e), is required by these Rules;

(2) reasonably consult with the client about the means by which the client’s objectives are to be accomplished;

(3) keep the client reasonably informed about the status of the matter;

(4) promptly comply with reasonable requests for information; and

(5) consult with the client about any relevant limitation on the lawyer’s conduct when the lawyer knows that the client expects assistance not permitted by the Rules of Professional Conduct or other law.

(b) A lawyer shall explain a matter to the extent reasonably necessary to permit the client to make informed decisions regarding the representation.

A lawyer doesn’t have to be asked to do this; a lawyer can never use the dodge, “Why didn’t I tell you? You never asked?” with his client. It is true, as the various talking heads kept repeating yesterday, that President Trump is not McGahn’s client, the Presidency is. However, in terms of the duty of communications for a lawyer with McGahn’s job, that distinction is meaningless. I’ve been trying to come up with any kind of statement or revelation that a White House Counsel could give to a Special Counsel that he would not be obligated to immediately reveal to the President.

I could write for hours on this topic, and eventually I will. But the starting point is that the Times is misleading the public. Again.

2. Fake news from the religious right: a Fox News headline today was “Little Girl Kissed By The Pope Is Cancer Free.” This is deceitful nonsense, implying that the Pope healed the girl by the touch of his Holy Lips.  She was undergoing cancer treatment. Her family credits the doctors there with the “miracle.” The Pope himself has not claimed that she was healed by his touch. “Little Girl Who Cheers For Boston Red Sox Is Cancer Free” would be a similar headline. END_OF_DOCUMENT_TOKEN_TO_BE_REPLACED