In today’s Comment of the Day, Michael R explores the effects of college costs, student loans and ideological indoctrination on schools’ ability to provide an the valuable education students think they are paying for. Some of the factors he mentions I didn’t know about; I’m not sure  I’ve ever read about them anywhere else.

Here is the veteran Ethics Alarms contributor’s  Comment of the Day on the post, “The Ethics Mess That Is US Race Relations, Chapter III: The Martin Luther King Day Essay.”

I don’t think all universities have become worthless. There are a lot of problems with the universities and much of it has to do with student loans and leftist indoctrination.

Student loans make people forget about how much college actually costs. Students go to colleges with nicer dorms, bigger ‘Wellness Centers’, and more activities because they can ‘afford’ it with loans. This resulted in an ‘arms race’ to ditch traditional dorms for suites, and now full apartments for students. It resulted in big ‘Wellness Centers’ instead of gyms. It resulted in vast Student Activities staff and budgets. It resulted in more and more sports. I would estimate that only about 1/3 of college costs these days go to academics and academic support (academic buildings, utilities, janitorial, etc). The rest is sports, activities, and administration. If you had a lean college with good academics, but old-style dorms, no student life, and no sports, it would go bankrupt quickly. College is expensive these days because the students and the parents DEMAND it be that way. END_OF_DOCUMENT_TOKEN_TO_BE_REPLACED 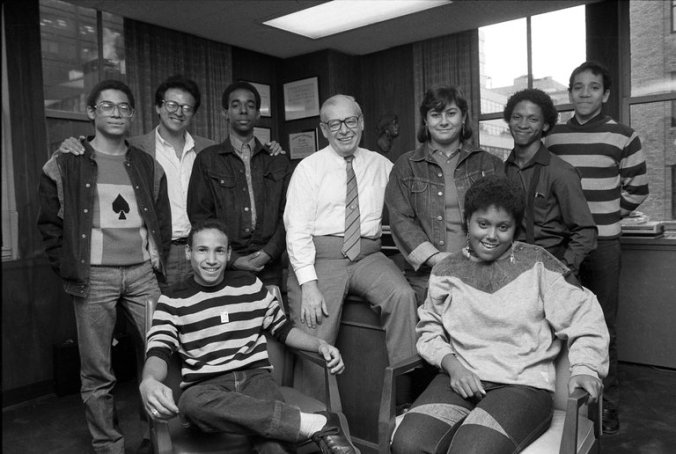 A kind, courageous Ethics Hero died last week. To my shame, I had never heard of him. In 1996, President Clinton awarded him the Presidential Medal of Freedom, but that award has been so degraded and politicized that I no longer pay much attention to it. My mistake: in this case, the award was well-earned.

Eugene M. Lang was born poor and became  a successful and wealthy  investor. In 1981, he was invited to deliver a commencement address to 61 New Your City sixth graders at Public School 121, his alma mater.  “I looked out at that audience of almost entirely black and Hispanic students, wondering what to say to them,” he recalled years later. “It dawned on me that the commencement banalities I planned were completely irrelevant…So I began by telling them that one of my most memorable experiences was Martin Luther King’s ‘I Have a Dream’ speech, and that everyone should have a dream.”

Then, in a flash of inspiration, he decided on the spot to tell them that he would give a scholarship to every student in the class who was admitted to a four-year college.

That impulsive promise led to his establishment of the I Have a Dream Foundation, with an office in Manhattan. Lang hired a project coordinator and established a year-round program of academic support including mentoring and tutoring as well as sponsored cultural and recreational outings. In the meantime, he virtually adopted that 6th grade class, taking them on trips and restaurants, and personally counseling them through personal travails as well as school problems, often intervening with school officials on their behalf. By the time Eugene Lang died at age 98,  his dedication had changed the lives of more than 16,000 at-risk children nationwide.

Lang said the he knew, when he made his pledge to those 11 and 12-year olds, that giving poor and  troubled children money for an education would not ensure their success. He knew many would succumb to the cycle of poverty,  drugs, jail and irresponsible parenthood.  “When I made the original promise, the principal told me that maybe one or two students would take advantage of my offer,” he told  one interviewer. That’s why he dedicated himself to doing more.

END_OF_DOCUMENT_TOKEN_TO_BE_REPLACED

“Charity? Why yes, I send my usual check to Harvard, of course…have to make sure young Ethan gets accepted despite his vehicular manslaughter conviction…”

Robert Reich, Bill Clinton’s former Secretary of Labor, is out with an opinion piece declaring that giving to his favored charitable causes—charities directly assisting the poor– is real charity, while giving to other non-profits, in the arts, humanities and education, is just a self-serving, classist tax game.

“…A  large portion of the charitable deductions now claimed by America’s wealthy are for donations to culture palaces – operas, art museums, symphonies, and theaters – where they spend their leisure time hobnobbing with other wealthy benefactors,” he writes. “I’m all in favor of supporting fancy museums and elite schools, but face it: These aren’t really charities as most people understand the term. They’re often investments in the life-styles the wealthy already enjoy and want their children to have as well. Increasingly, being rich in America means not having to come across anyone who’s not.”

Reich is an intelligent man, and I have a difficult time, reading this nonsense, believing that he is doing anything but gratuitous class-bashing here. Does he really believe that poor people don’t need and appreciate the arts, don’t go to see theater productions, never listen to music and wouldn’t be caught dead in a museum? Does he really believe everyone in an opera audience looks like the Monopoly Man, and goes there, not to listen to beautiful music, but to “hobnob” with old prep school buddies? Reich’s essay is an ugly example of class bias, and little more. How does he explain generous philanthropists who are childless? What’s their “angle”? Heaven knows,the wealthy never do anything out of compassion or generosity! Reich is engaging in biases on all sides: the poor are mundane, intellectually bereft philistines, and the wealthy are insular snobs. END_OF_DOCUMENT_TOKEN_TO_BE_REPLACED

John-Baptiste Clamence reacts to yesterday’s post with a crucial point (that I happen to agree with) about the role of law in setting cultural values and societal ethics. Here is his Comment of the Day, on “The White Male Scholarship”:

“It’s a hard line to draw sometimes; the line between your right to have the wrong opinion, and how much the law should push you to have the right opinion.
In the UK, since 1996 it has been illegal for B&Bs to refuse rooms to gay couples. These are private businesses – should they have the right to offer their services in a discriminatory way also?

“The situation you describe is, in my view, unethical for the reason that it perpetuates the idea in society that racial discrimination for an academic award is OK. The sooner and stronger the message given by the law is, then the sooner the views of society change.

“To paraphrase Cesar Millan: Change the behaviour, change the thoughts.”

Tim LeVier defends the controversial white male scholarship, as well as other scholarships determined by race and gender. Here is his Comment of the Day, in response to my post, “The White Male Scholarship”:

“…This is actually a subject that I feel passionate about for exactly the reasons you state. I’ve mentioned on this blog (in the comments) before about how I feel with regards to student groups that support every student except the straight white male. What’s a guy like me to do when everyone’s at their meetings? The names of their groups suggest exclusion of others and create an unwritten rule that you should only attend if you meet the qualifications.

“With regards to student groups, I think your post would be more accurate. I think there’s more opportunity for all individuals to flourish in mixed student groups plus it spreads awareness of your “race-based” goals when you aren’t just ‘preaching to the choir.’ 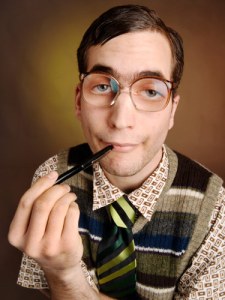 Does he really need a scholarship?

Colby Bohannan, president of the Former Majority Association for Equality, has set up a scholarship program for white males. To qualify, you have to be at least a 25 percent Caucasian, have demonstrated a commitment to education, achieved at least a 3.0 grade average, show financial need, and document a positive contribution to the community. Bohannan’s official reasoning is that white males are the only group that doesn’t have a scholarship dedicated to them. He is, he says, righting an injustice. END_OF_DOCUMENT_TOKEN_TO_BE_REPLACED

Happy New Year, and welcome to the Second Annual Ethics Alarms Awards, recognizing the Best and Worst of ethics in 2010!

This is the first installment of the Worst; the rest will appear in a subsequent post. (The Best is yet to come.

At this point, anyone who is surprised to learn that a member of the Congressional Black Caucus has been caught violating basic principles of ethics has not been paying attention. The Caucus has systematically corrupted itself by excusing blatant misconduct by its members for so long, reasoning—wrongly—that it is more important for black members of Congress to show loyalty and solidarity with their race than to be role models and honest public servants. Sadly, it would be newsworthy to learn that there is a CBC member who is passionate about holding public servants to a high level of trustworthiness. There apparently are no such members, however. If there were some, they would have resigned from an organization that reflexively defends black Representatives who abuse their power, position and trust (thus endorsing unethical conduct) and cries racism when anyone outside the Caucus, including the House Ethics Committee, criticizes the obvious.

Perhaps this is why the revelation that Rep. Stanford Bishop (D-GA.) distributed scholarship funds intended for needy students in his district to family members and political cronies received so little media attention. END_OF_DOCUMENT_TOKEN_TO_BE_REPLACED

“I did not have an ethical alarm go off.”

—Dallas Congresswoman Eddie Bernice Johnson, explaining (but not really) how she managed to give  23 of the Congressional Black Caucus Foundation scholarships Johnson has awarded since 2005 to two grandsons from Austin, two great-nephews from Plano, and two children of her top aide, despite explicit rules prohibiting nepotism, and requiring the scholarship to go to needy recipients in her own district, which none of these recipients were.

But thanks for the plug, Congresswoman! (It is “ethics alarm,” however, not “ethical alarm.”) END_OF_DOCUMENT_TOKEN_TO_BE_REPLACED

Which is the more unethical conduct for a U.S. Congresswoman: handing out non-profit money to relatives and friends, or lying about it so flagrantly that it insults the intelligence of everyone within earshot? It’s a tough call. Luckily, we really don’t have to decide in the case of Rep. Eddie Bernice Johnson (D-Texas), because she’s done both. END_OF_DOCUMENT_TOKEN_TO_BE_REPLACED