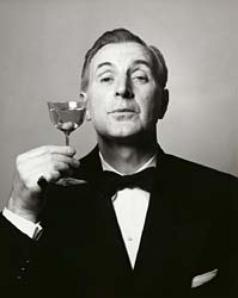 “Charity? Why yes, I send my usual check to Harvard, of course…have to make sure young Ethan gets accepted despite his vehicular manslaughter conviction…”

Robert Reich, Bill Clinton’s former Secretary of Labor, is out with an opinion piece declaring that giving to his favored charitable causes—charities directly assisting the poor– is real charity, while giving to other non-profits, in the arts, humanities and education, is just a self-serving, classist tax game.

“…A  large portion of the charitable deductions now claimed by America’s wealthy are for donations to culture palaces – operas, art museums, symphonies, and theaters – where they spend their leisure time hobnobbing with other wealthy benefactors,” he writes. “I’m all in favor of supporting fancy museums and elite schools, but face it: These aren’t really charities as most people understand the term. They’re often investments in the life-styles the wealthy already enjoy and want their children to have as well. Increasingly, being rich in America means not having to come across anyone who’s not.”

Reich is an intelligent man, and I have a difficult time, reading this nonsense, believing that he is doing anything but gratuitous class-bashing here. Does he really believe that poor people don’t need and appreciate the arts, don’t go to see theater productions, never listen to music and wouldn’t be caught dead in a museum? Does he really believe everyone in an opera audience looks like the Monopoly Man, and goes there, not to listen to beautiful music, but to “hobnob” with old prep school buddies? Reich’s essay is an ugly example of class bias, and little more. How does he explain generous philanthropists who are childless? What’s their “angle”? Heaven knows,the wealthy never do anything out of compassion or generosity! Reich is engaging in biases on all sides: the poor are mundane, intellectually bereft philistines, and the wealthy are insular snobs.His complaint also makes no sense. Without private philanthropy, arts organizations simply cease to exist, or the government, also known as taxpayers, must pick up the bill. In the alternative, free museums would have to begin charging significant entrance fees, and the only citizens who could avail themselves of culture would be the rich.  Does Reich really believe that the absence of access to culture won’t handicap the life options of those from lower socio-economic groups? Culture is essential to civilization, and his formula for charity will create more stratification, not less. If wealthy graduates don’t give to Harvard, then Harvard cannot, as it does now, provide full tuition support to qualified but indigent students. If wealthy patrons don’t help theaters keep ticket prices from hitting three figures, only the wealthy will experience and absorb the wisdom of Shakespeare, O’Neill, Sophocles, Miller and Shaw. Apparently, Reich doesn’t think that will matter. Three thousand years of human experience says he’s wrong.

“In economic terms, a tax deduction is exactly the same as government spending. Which means the government will, in effect, hand out $40 billion this year for “charity” that’s going largely to wealthy people who use much of it to enhance their lifestyles. To put this in perspective, $40 billion is more than the federal government will spend this year on Temporary Assistance for Needy Families (what’s left of welfare), school lunches for poor kids, and Head Start, put together.”

Except, Professor, and I know that you know this, the money contributed to keeping a museum open or a university operating is far more than the amount lost to the government through the deduction for that gift, and if the loss of the deduction resulted in no more donations at all, the government would have to pick up the whole expense, or live with the consequences, which might be no scholarships for poor students, no art museums and no symphony orchestras. In other words, the charitable deduction motivates larger amounts in donations that the government would have to pay for otherwise.

Studies indicate that donations to all charities would dry up considerably if the charitable deduction were eliminated, and both “real” charities (those that support the interest Reich cares about) and “fake” charities (the arts, humanities, elite universities, museums—you know, all those places where tycoons and their trophy wives eat caviar and “hobnob.’—talk about polo matches, autumn in Monaco, that sort of thing….) would be seriously wounded. That’s OK, though, because what Reich really wants is for the government to dictate and control what you give to charity, by taking more from you in taxes and sending the money to the causes government bureaucrats, like Reich, have decreed are really important.

On a more basic level, however, Reich’s argument is just an obnoxious instance of someone imposing his narrow values on others. Robert Reich believes that the only charities that matter involve giving money directly to housing and services for the poor, and that all charity directed elsewhere isn’t respectable, genuine or generous, but is really a sham. He’s trying to make good and generous people feel ashamed of their generosity, so he can bully them into supporting his causes. Giving one’s own money to a cause, resource or institution that benefits others, no matter who they are, is virtuous and admirable, regardless of what Robert Reich thinks. He can give his money to the charities he likes with my blessing, and as far as what charities I give my money to, I don’t give a damn what he thinks. As his essay proves, he doesn’t understand that man or woman, rich or poor, cannot live on bread alone.