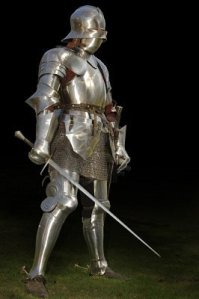 The identity of Mitt Romney's knight in shining armor was a surprise, but it shouldn't have been.

Ron Paul is, to engage in understatement, unusual, and often in a good way. How many politicians, for example, will actively defend their adversary in a campaign  right before a critical vote? Yet that’s what Ron Paul did, defending Mitt Romney, his main competition for the GOP presidential nomination, after Romney had blooped a line that will undoubtedly haunt him for a long time. “I like being able to fire people who provide services to me,” Romney had said. “You know, if someone doesn’t give me the good service I need, I want to say ‘You know, I’m going to go get someone else to provide that service to me.” It was predictable that the line would be truncated and taken out of context, and it was…by the press, by Jon Huntsman, by Rick Perry. It will surely be used against Romney by President Obama, who has adopted the position that people should be able to hold on to jobs whether they do them well or not— Eric Holder and Janet Napolitano, for example. But Paul would have none of it, saying,

“I think this is just typical politics and they’re unfairly attacking him on that issue,” Paul said outside a polling place at Webster School in Manchester. “He never literally said what they say he said. They’re taking him way out of context.”

Paul also defended Romney’s history as CEO at Bain Capital, the subject of a new attack video by Newt Gingrich, as an example of the free market working properly. “You save companies, you save jobs when you reorganize companies that are going to go bankrupt,” Paul said. “They [the critics] don’t understand.” END_OF_DOCUMENT_TOKEN_TO_BE_REPLACED

After Sarah Palin, during a televised interview, said North Korea when she meant South Korea (me, I always mix up North and South Carolina)—an obvious slip of the tongue, since she had correctly identified our ally among the Koreas previously in the same interview, multiple media reports decided the gaffe was newsworthy, or at least another opportunity to show the American public that the former Alaska governor is, as they believe, an idiot. Palin, who is nothing if not feisty, took to the New Media with a Facebook post pointing out that equally egregious flubs out of the mouth of President Obama had been ignored, and listed some of them, including the time Obama raised the number of states to 57, momentarily confusing them with ketchup. END_OF_DOCUMENT_TOKEN_TO_BE_REPLACED

I am gradually catching up on “Criminal Minds,” the CBS crimes drama that operates in an America where there are serial killers under every rock. On an episode from 2008, the show used a quotation (famous quotations generally begin and close each episode) attributed to Ayn Rand, the author/philosopher who championed “objectivism” and her own peculiar brand of non-compassionate individualism.  The quote: “We are all brothers under the skin—and I, for one, would be willing to skin humanity to prove it.”

This seemed a little harsh even for Ayn Rand; I figured she must have been having a bad day. “Nice lady,” I commented to my wife, who rolled her eyes, for she is not a Rand admirer. Later, I mentioned the quote to a quotation-obsessed friend, who informed me that the words were really uttered by an Ayn Rand villain, Ellsworth Toohey, the unprincipled newspaper columnist who makes life miserable for the hero of The Fountainhead, Howard Roark.

Naming Virginia’s Senator Webb as an Ethics Hero really gilds the lily, for he has been a hero much of his life, most spectacularly in the Vietnam War, where he was its most decorated Marine. It isn’t surprising, then, that while his party was reeling from Martha Coakley’s loss of Ted Kennedy’s former seat in Massachusetts, and some of his colleagues were spinning plots to find some way to pass health care legislation before Sen. Brown got to Washington, Jim Webb, a Democrat, released this statement before the echoes had even faded away from Scott Brown’s victory speech: END_OF_DOCUMENT_TOKEN_TO_BE_REPLACED