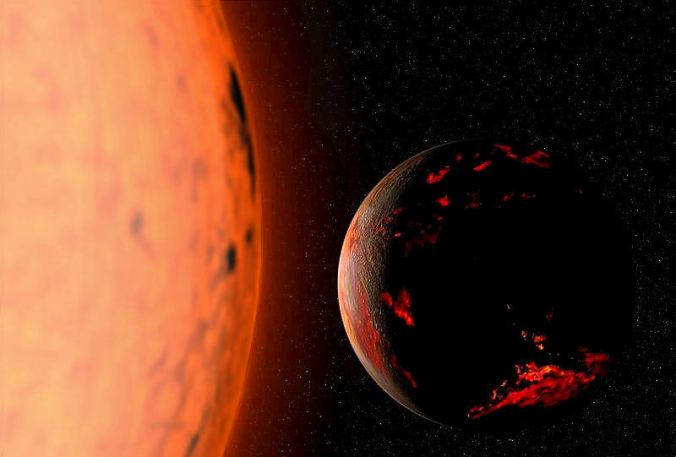 Everything is seemingly spinning out of control!

1. For example, this stupid controversy, and surprisingly, it involves the Kardashian family. Kylie Jenner, Kim’s half-sister, is, as you may know, a “social media influencer,” which means companies pay her millions to use Instagram to promote their brands or products to the mouth-breathing idiots who follow this fatuous and useless celebrity.

which rankled another “influencer,” Amanda Ensing—how can someone get paid to influence people when I’ve never heard of them?— who accused Jenner of stealing her pose.  Ensling has more than one million followers on both YouTube and Instagram, where she posts her outfits, makeup looks, travel experiences, and hairstyles, and  had previously appeared on Instagram like this…

She implied that Jenner had engaged inInstagram pose plagiarism, or something. (There’s no such thing.) The ever-articulate half-Kardashian lashed back, in words reminiscent of Dryden or Wilde in high form,

This exchange justified breathless accounts in People, The Daily Beast, Cosmo, E!, Us, and dozens of other websites, as well as celebrity cable shows, spreading the false impression that what these semi-literate narcissists  say or do matters, thus increasing their ability to make our young trivial and even dumber that our schools make them.

Apparently Pierre Auguste Renoir isn’t active on social media, or he might have complained to both “influencers.” 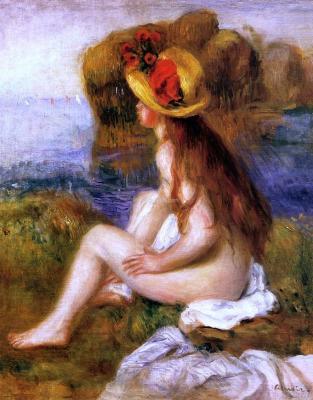 2. From Minnesota, a very different kind of stupid: In an epic example of woke virtue-signaling because Nationalism Bad,  the city council for St. Louis Park in Minnesota decided to end the practice of reciting the Pledge of Allegiance at its meetings—you know,  to be more “inclusive,” which means to pander to members who don’t care that much for the United Sates of America.  Then they were shocked to discover that a very vocal majority of constituents found the move offensive, so the city council members did a complete 180,  said, “Never mind!” and reversed themselves unanimously,though complaining bitterly and implying that Deplorables made them do it. Integrity! Principle over expediency! END_OF_DOCUMENT_TOKEN_TO_BE_REPLACED

I don’t know why it is that the Boston Red Sox are leading all of baseball in ethics controversies, but here’s the story:

The Red Sox have been playing the Orioles the last four days, in a series marked by rancor arising from an incident last week that has metastasized into an exchange of words, accusations and attempted beanballs.  After the first game in this series,  Orioles’ outfielder Adam Jones claimed that he had heard racial epithets from the stands, and a bag of peanuts had been thrown at him.  Boston  and the Red Sox in particular have a dubious racial history (the team was the last in baseball ito have a black player), so this immediately became a big story, with the Sox, MLB, the city, and even the governor expressing horror, regret, and outrage. No fan or Orioles player has stepped  forward to substantiate Jones’ accusations. I don’t doubt him, but that is relevant, because in the entire episode as it unfolded, conclusive evidence has been deemed unnecessary. Accusations alone confer guilt. In the next game, Fenway gave Jones a long standing ovation on his first trip to the plate, saying, in essence, “We’re sorry you were treated this way, and we reject that disgusting conduct.” Good. That is the Fenway Park I know.

Then it was reported that another fan who was in the crowd at Fenway  the next night has been banned for life by the Red Sox. Team president Sam Kennedy said that the fan received the lifetime ban for using a racial slur to to describe a Kenyan woman who sang the National Anthem before the game, in a conversation with another fan.

Calvin Hennick, a Boston resident bringing his son to his first Red Sox game as a present for his sixth birthday, wrote on Facebook and confirmed to the Associated Press  that a  fan sitting near him used “nigger” when referring to the National  Anthem singer that night. Hennick asked the man to repeat what he had said, and when he did,Hennick summoned security. The Fenway security ejected the offending fan, who denied using a racial slur….you know, like Giles Corey denied being a witch.

Kennedy thanked Hennick, who is white, for coming forward. Says NBC baseball writer Craig Calcaterra, who once was a lawyer and presumably understood basic principles of justice, process, and fairness, “Kudos to the Red Sox for acting so swiftly.”

Your Ethics Alarms Ethics Quiz of the Day is this...

Is it fair, proportionate, reasonable and just to ban a baseball spectator for life under these circumstances?

END_OF_DOCUMENT_TOKEN_TO_BE_REPLACED

Does anybody care except the occasional blog? More specifically, has any Presidential candidate condemned these incidents?

At Everett Middle School in the Mission District in San Francisco:

Principal Lena Van Haren decided to withhold the results of the school’s Oct. 9 student council election for more than a week, because she felt the results weren’t diverse enough. She said that the school community needed to figure out how to have a more representative government. There were no Latino or black candidates chosen for the top four spots.“This is complex, but as a parent and a principal, I truly believe it behooves us to be thoughtful about our next steps here so that we can have a diverse student council that is truly representative of all voices at Everett,” she told parents in an e-mail Thursday.

They reacted furiously, indignantly and correctly, accusing her of tampering with a fair and free election. Her response was unethical, dishonest, rationalized, and idiotic.

“We paused to have a conversation. [You withheld the results.] I never, ever said we wouldn’t share the results or they weren’t good enough. [If they were good enough, why the need for a “conversation”?] This is middle school. It’s not a presidential election. [ It was supposedly an election for the student leadership of the school, and thus as close to a Presidential election as a middle school gets. What’s your point, that its OK to manipulate elections for lesser offices?] It was not about hurting democracy or putting diversity over democracy. [ Funny, it sure looked like that’s exactly what it was about.]

Then she said that she wanted to wait until there was a plan created with student input to increase diversity among student leaders, perhaps by adding positions.

The students apparently paid no attention to race and ethnicity in their voting. That’s the objective, isn’t it? The principal want to perpetuate group identification and divisions, even if the students have educated themselves to understand that neither should matter. Adding positions to make it easier to have token “diversity” makes a sham out of any election. What other brilliant solutions does this principal have? Special representatives of every race and ethnic group? Quotas? Giving minority groups bonus votes? Forcing minorities to run for the council? Forcing whites not to?

Schools have elections to teach them about democracy. This principal is teaching them that democracy and the will of voters must meet progressive agendas, or it is “wrong.” She’s also teaching them to lie. Withholding results sent a message that the students had done something wrong by not considering race and ethnicity as qualifications for office that should take precedence over skill and demonstrated ability. Her denials were obvious and made no sense.

This how the extreme leftist educational establishment indoctrinates students to progressively weaken our democracy. Responsible parents should not accept [Correction note: The “not” was inadvertently omitted in the initial post.]such transparently dishonest excuses for it. If this could happen, the entire school and school system needs to be overhauled.

The minds of your children aren’t safe at CUNY, but your penguins might enjoy it there…

A responsible parent has an ethical duty to pull their child out of any university that does  something like this.

From The College Fix:

“Effective Spring 2015, the (graduate center’s) policy is to eliminate the use of gendered salutations and references in correspondence to students, prospective students, and third parties,” Louise Lennihan, interim provost, states to employees in a recent memo. “Accordingly, Mr. and Ms. should be omitted from salutations.” Lennihan instructs staffers to interpret the new policy “as broadly as possible,” that it applies to “all types of correspondence, such as: all parts of any letter including address and salutation, mailing labels, bills or invoices, and any other forms or reports,” states the memo, a copy of which was provided to The College Fix by school spokeswoman Tanya Domi. Rather than using “Mr.” or “Ms.,” staff are instructed to refer to students by his or her full name. The policy will “ensure a respectful, welcoming, and gender-inclusive learning environment … [and] accommodate properly the diverse population of current and prospective students,” Lennihan states in the memo.

Now, I almost never use these salutations any more. “Mr.” has always seemed pompous to me, and now it reminds me of the New York Times with its tradition of calling the President “Mr. Obama.” (Over the weekend, the Times garnered guffaws for calling Wisconsin Governor Scott Walker “Mr. Scott” throughout an op-ed. Nice editing there). “Miss” seems condescending, “Mrs.” is a minefield, and “Ms.” sounds ugly while being both dated and unwelcome from some women. (Once I called a women “Ms.” and she barked at me, “Do I look like a dyke to you???”) And I hate being called Mister myself. All of the is irrelevant, It is not any university’s business to enact speech codes, banned words, or other undemocratic and ideologically driven attempts at censorship and speech control. Speech control is thought control, and thought control is indoctrination. END_OF_DOCUMENT_TOKEN_TO_BE_REPLACED

College speech codes are the American Left’s special shame, and it the time for them to go the way of parietal hours and mandatory chapel attendance is overdue. There are monstrosities of thought control in schools across the nation, but those in state universities are especially offensive and ominous, since they are in slam-dunk defiance of the First Amendment prohibiting government restrictions on speech. As Barton Hinkle notes in an eye-opening piece in the Richmond Times-Dispatch, not only are state schools stomping on free speech, state schools dedicated to the legacy on the men who wrote the First Amendment are doing it. If there is anything more unethical  than educators stifling thought and the expression of it, that would be it. END_OF_DOCUMENT_TOKEN_TO_BE_REPLACED