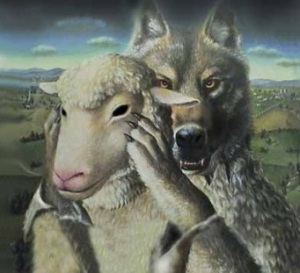 The Washington Post broke the ethics story of the weekend, documenting a blatant conflict of interest on Capitol Hill that has many members of Congress making decisions on legislation directly affecting companies in their stock portfolios, and trading the stock contemporaneously with those decisions.

Based on the depressing dialogue on the Sunday public affairs shows regarding the Fast and Furious scandal—-especially the dialogue issuing from panelists who have obviously received and memorized received the Obama Administration and Democratic Party talking points—-I would assume that the American people can’t be bothered with this matter, and think it is a waste of time. After all, according to panelist after panelist who was either a mainstream media pundit or an Obama surrogate, all the American people care about is the economy and jobs. The fact that the U.S. Justice Department may be run by incompetents and law-breakers—who cares? The fact that nobody gets fired for approving a policy that breaks laws and gets innocent people killed—so what? The American people are, we are told, one-track mind morons, unable to focus on more than one problem at a time, and incapable of seeing the interrelations between problems. I wonder–might the fact that Congress may be corrupt and the Executive Branch, including Justice, may be irresponsible and inept have any bearing on the ability of the government to oversee the economy effectively? Don’t be silly, former New Mexico Governor and Clinton acolyte Bill Richardson told us yesterday. The public isn’t that sophisticated. The public doesn’t care about who’s cheating, who’s breaking the law and who’s incompetent! The people only want to talk about jobs! So, apparently, that is all the journalists and pundits should talk about, and all that policymakers should spend their time on.

No wonder none of those Sunday shows spent any time on this Post front page story: END_OF_DOCUMENT_TOKEN_TO_BE_REPLACED 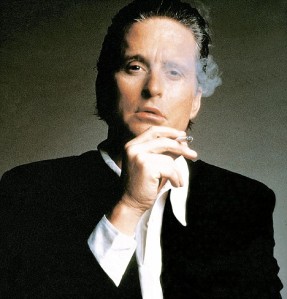 Gekko for Congress. He has what It takes...Insider trading experience!

An  study in the journal Business and Politics last week reported that the investments of members of the House of Representatives outperformed those of the average investor by 55 basis points per month, or 6 percent annually. It concluded that lawmakers are taking advantage of inside information to make significant profits, engaging in conduct that would send a Gordon Gekko or Martha Stewart to jail.

“We find strong evidence that members of the House have some type of non-public information which they use for personal gain,” the four researchers who authored  “Abnormal Returns From the Common Stock Investments of Members of the U.S. House of Representatives” wrote. END_OF_DOCUMENT_TOKEN_TO_BE_REPLACED