When I read  A.M. Golden’s Comment of the Day in yesterday’s Open Forum, I realized how long it has been since I wrote anything about TV reality shows, truly a center of popular culture ethics rot for decades now.  I have been remiss indeed. I had written about many of these monsters in the past, from “Survivor” and “The Apprentice,” to “The Bachelor” and the fat-to-fit shows, and the even more horrible “let’s watch these miserable D-list celebrities debase themselves on camera so we can feel superior” shows starring attention addicts like Anna Nicole Smith, Scott Baio, the Kardashians and Danny Bonaduce.

I used to write a lot about “American Idol” when Simon Cowell was humiliating deluded contestants who shouldn’t have been allowed to sing in the shower, much less on national television. Criticizing these shows was almost too easy, like shooting celebrity fish in a barrel. I got sick of it, frankly.

A.M. did me a favor by flagging the return of two such shows. As he points out, they really are cruel and exploitative. Reality shows have coarsened our tastes and dulled our ethics alarms. Send them to Hell.

Here is A.M. Golden’s Comment of the Day on two re-booting reality shows. At the end, he asks, “Agree? Disagree?”

I could not agree more.

Two reality shows from the past are re-emerging far too soon with reboots.

The first is “The Biggest Loser”, a weight-loss game show that pushed overweight contestants to the limit with ridiculous and humiliating challenges, caused physical injuries that persist years later and pushed healthy eating on the air while pressuring the players to reduce their intake to unhealthy levels in order to show dramatic weight loss that was presented as being the result of one week’s work when it was often longer.

The reboot promises a more healthy environment. I’m not betting on it. Realistic weight loss is not exciting and boring does not bring in advertising dollars.

Because in any television show, it’s always about the dollars. END_OF_DOCUMENT_TOKEN_TO_BE_REPLACED 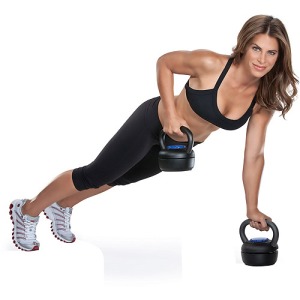 The Washington Post reported yesterday that the ex-trainer for TV’s unethical reality show “The Biggest Loser” visited the Northern Virginia locale of The Palm, an up-scale “go to be seen” D.C. steakhouse over the weekend.

She reportedly arrived at the restaurant around 8:30 p.m. and joined a couple in a booth. Witnesses told the Post that Michaels soon began speaking loudly and obscenely, using the vulgarities fuck and cunt repeatedly, as well as multiple variations.   “She used the word ‘f—er’ in just about every variation — noun, verb, adjectives,”diner told the Post.  When another patron finally went over to the table to complain, noting that she was glad she didn’t have her kids with her, Michaels  ridiculed the complaint, saying, “It’s fucking ten o’clock!” Michaels said, according to the witnesses. Then one of her companions told the diner, also using vulgarities, to go listen to someone else’s conversation.

I am glad I wasn’t there. There would have been trouble. END_OF_DOCUMENT_TOKEN_TO_BE_REPLACED

Lawyers being lawyers, it is not surprising that a New York Times article about the unhealthy physical stresses endured by contestants in the “Biggest Loser” reality show inspired a legal blog to wonder how long it would be before the show was hit with a large law suit. “I’m waiting for the first person to have a heart attack,” THR, ESQ quotes  Dr. Charles Burant, a professor of internal medicine at the University of Michigan, as saying. The core problem is not liability, however. The problem is that the show is horribly, indefensibly unethical. It shouldn’t be waiting for a lawsuit, or a heart attack. The program is wrong to continue, advertisers are wrong to support it, and we are wrong to watch it. END_OF_DOCUMENT_TOKEN_TO_BE_REPLACED