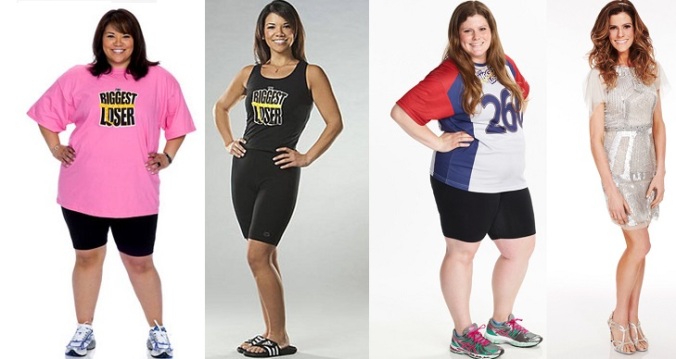 When I read  A.M. Golden’s Comment of the Day in yesterday’s Open Forum, I realized how long it has been since I wrote anything about TV reality shows, truly a center of popular culture ethics rot for decades now.  I have been remiss indeed. I had written about many of these monsters in the past, from “Survivor” and “The Apprentice,” to “The Bachelor” and the fat-to-fit shows, and the even more horrible “let’s watch these miserable D-list celebrities debase themselves on camera so we can feel superior” shows starring attention addicts like Anna Nicole Smith, Scott Baio, the Kardashians and Danny Bonaduce.

I used to write a lot about “American Idol” when Simon Cowell was humiliating deluded contestants who shouldn’t have been allowed to sing in the shower, much less on national television. Criticizing these shows was almost too easy, like shooting celebrity fish in a barrel. I got sick of it, frankly.

A.M. did me a favor by flagging the return of two such shows. As he points out, they really are cruel and exploitative. Reality shows have coarsened our tastes and dulled our ethics alarms. Send them to Hell.

Here is A.M. Golden’s Comment of the Day on two re-booting reality shows. At the end, he asks, “Agree? Disagree?”

I could not agree more.

Two reality shows from the past are re-emerging far too soon with reboots.

The first is “The Biggest Loser”, a weight-loss game show that pushed overweight contestants to the limit with ridiculous and humiliating challenges, caused physical injuries that persist years later and pushed healthy eating on the air while pressuring the players to reduce their intake to unhealthy levels in order to show dramatic weight loss that was presented as being the result of one week’s work when it was often longer.

The reboot promises a more healthy environment. I’m not betting on it. Realistic weight loss is not exciting and boring does not bring in advertising dollars.

Because in any television show, it’s always about the dollars.

I stopped watching TBL after being convinced it was not ethical to continue to support a show that exploited vulnerable people (admittedly, I did tune in for a couple of more months when a contestant happened to be one of my old high school classmates).

But I only watched a handful of “Extreme Makeover:Home Edition” episodes before I decided that it was just as bad, if not worse.

“Extreme Makeover: Home Edition” involves families that are living in dilapidated homes, often with dangerous flaws for which there is not enough money to fix. The show sends the family off to Disneyworld and, in its absence, tears down the shack, rebuilds the home with the help of volunteers and local contractors and surprises the family with a new home. These houses are typically much larger than they had been before and are often designed with theme rooms (think firefighters or sports) for the kids.

After two or three episodes, I started thinking, “What happens after the show is over, though?” What happens when the kid stops liking fire engines? Some of those rooms were put together for older teens that would normally be leaving the home (or should have by then). No 19-year old kid is going to want to leave a specially-designed room with fancy electronics to go live on his own.

A football field with stadium lights was built for a family of sports fans right next to their rebuilt home.

Then I realized that there’s no way the families could afford the new places. They were living in broken down houses in the first place because that’s all they could afford. If they could do better, they would have. I started wondering how they could afford the increased bills that would obviously come with these new homes: electric bills, water bills, tax bills.

It turns out that many of them couldn’t. Several high-profile situations erupted in which families were forced to sell the new homes because they couldn’t afford to live there. Local businesses that contributed to the Built In A Week Homes sometimes had to come back to redo wiring and plumbing on their own dime due to the corners cut during the show’s filming.

No word on whether this version will tone down the excess, but, if EM-HE wants to do a better service to its families, it would just fix the problems with the existing homes and, instead of sending them off to Disneyworld, put the parents through a week-long financial counseling seminar.

Somehow I doubt that which is why shows like the two above are unethical.