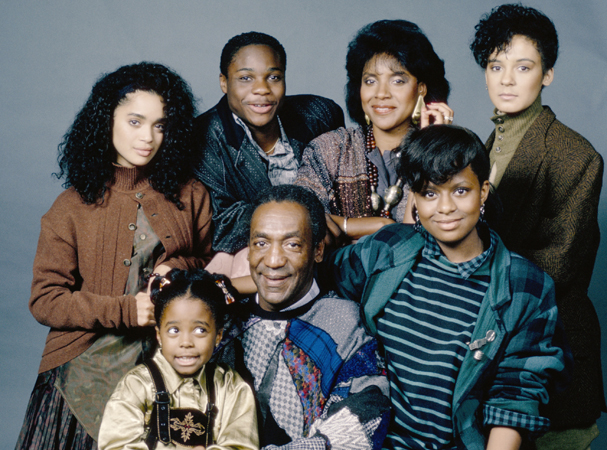 When “The Cosby Show” was on the air on CBS from 1984 to 1992, it was unanimously praised—except by a few grumps and crackpots, for there are always grumps and crackpots—for being an unequivocally positive influence on racial understanding and the culture. Finally African American characters were on television every week who were not inner city criminals, hucksters, drug dealers or pimps. Finally, after dozens of white “Father Knows Best” style sitcoms, there was a comedy about black professionals heading a family with kids that used good grammar, didn’t skip school and were never in trouble with the law. “The Cosby Show” won awards and plaudits from educators and civil rights groups. It provided a positive model for an attainable future for black children, and an image of black Americans that combated racism by making it seem as illogical as it is. These were good people, good parents, good citizens, with the same values, hopes and dreams as everyone else.

The insidious power of cognitive dissonance is that it allows strong feelings about anyone or anything to unfairly and irrationally carry over to anything or anyone else that the object of those feelings touches. Today, as the fact that the creative force leading “The Cosby Show” had a hypocritical and despicable secret life as a sexual predator becomes undeniable, this process is triggering dangerous and ugly shifts in attitudes and advocacy. A confluence of events has resulted in Bill Cosby being teamed with the Confederate flag (remarkably, it murdered nine African American church members in Charleston! ) to trigger a troubling wave of attempted cultural and historical purges—and where it stops, nobody knows. Some progressives want to wipe all memory of Bill Cosby’s achievements from the nation’s consciousness, just as they want to  tear down every statue of a Confederate military hero and wipe the name of Robert E. Lee off hundreds of schools, streets and parks.

[Aside: Stations are now pulling The Cosby Show, once one of the most syndicated and ubiquitous of all sitcoms, from their schedules. This is just a reasonable business decision. The stations reasonably assume that the show will not be as entertaining or popular once it is impossible to watch Bill Cosby as Dr. Cliff without thinking about Dr. Cliff secretly drugging and raping his female patients. That’s not cognitive dissonance. That’s just reality. Actor Gig Young made some of the best romantic comedies of the Sixties with Doris Day and others. He was a skilled comic actor, but he murdered his wife and killed himself in a drunken rage, and it’s hard to laugh at Gig any more. Those movies are virtually never broadcast, and it is hard to find them on DVD. Among Bill’s victims are the member so of his cast, including the kids he professed to love like a father, who will lose millions in residuals because he couldn’t control his demons.]

A time machine is helpful in these matters, so Salon, the left-wing blog that is so predictable it sometimes catches me by surprise, since it is hard to believe that any publication will willfully rush into self parody, has suddenly decided that “The Cosby Show” was “based on a distorted and inaccurate presentation of the black community, one that has enabled a pernicious type of right-wing “colorblind” racism to flourish.”

Ah. Cosby is bad, so everything he did before we found out that he was bad was bad too. We weren’t just duped about him. We were duped about the values he stood for!

The author of the article is Chauncey De Vega, an African American journalist who doesn’t even try to hide one of his motives: he’s still steamed that Cosby dared to urge African American families to be responsible, and pointed out that wearing one’s pants like they do in prison wasn’t the way to get respect from employers and potential associates not recently out of prison.  Mostly, however, he is determined to re-cast “The Cosby Show” as complicit in embedding racism in U.S. society. He writes in part: END_OF_DOCUMENT_TOKEN_TO_BE_REPLACED