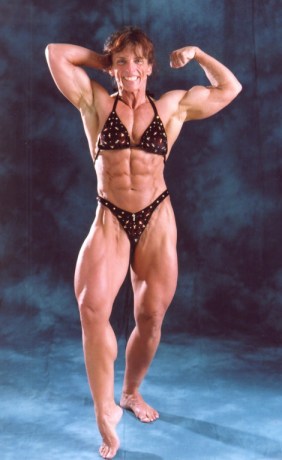 Since the NTP is back in the news—Kaitlin Pearson, whom Ethics Alarms dubbed the perfect example of the Naked Teacher Principle, was allowed to continue her job as a teacher’s aide—this is a propitious time to address a question I received off-site by an esteemed reader, who sent me a photo similar to the one above (but of another female competitive bodybuilder/mom—who is 50 years old) and commented, “This is a picture of a local soccer mom with a teenage son. Is she setting a good example for her son, and does her conduct trigger the Naked Teacher Principle?”

Let me finish with Kaitlin first. I personally wouldn’t have let her continue, if only because she was not forthcoming about her other pursuits when she interviewed for the job. That doesn’t mean that the resolution of her particular case is in defiance of the NTP. It states, END_OF_DOCUMENT_TOKEN_TO_BE_REPLACED

This version of the NTP is not especially close to the gray area of ethics, nor is the result surprising, though I expect a lot of teeth gnashing about it because the naked teacher in question will attract a lot of, uh, sympathy.

Dallas’s school district has apparently fired Cristy Nicole Deweese, 21, a Spanish teacher for the city’s Townview Magnet High School. Less than three years ago she posed in various provocative positions and states of undress for Playboy, in its February 2011 issue. That magazine is still available, but more to the point, the photos are easily available online. Naturally some students found them, and the core tenets of the Naked Teacher Principle had been triggered.

“A secondary school teacher or administrator (or other role model for children) who allows pictures of himself or herself to be widely publicized, as on the web, showing the teacher naked or engaging in sexually provocative poses, cannot complain when he or she is dismissed by the school as a result.”

I won’t keep you in unnecessary suspense. Deweese is almost dead center in the middle of the NTP. END_OF_DOCUMENT_TOKEN_TO_BE_REPLACED

But she’s not naked!

It will be therapeutic, I hope, to  take a breather from considering the steadily increasing seriousness of the various government scandals, as well as reviling the increasingly desperate spin being employed to try to deflect them, and to focus on something both far removed and of vital national interest. Of course, that means buckling down and refining the Naked Teacher Principle, which in its formal explication, is that a responsible high school teacher has a duty to take reasonable care that her students do not see her in the nude, and if she does not, and her students do see her in the nude, she has no standing to complain when the school deems her unable to maintain the proper and necessary credibility and dignity necessary for teaching.

Now comes the news that at Martin County High School, in Florida, a ninth-grade English teacher of otherwise good repute named Olivia Sprauer has been fired for being shown on the web modeling bathing suits, and offering her services to photographers for less clothed presentations. Should the Naked Teacher Principle or any of its variations apply? END_OF_DOCUMENT_TOKEN_TO_BE_REPLACED

The Naked Teacher Principle: The Principle states that a secondary school teacher or administrator (or other role model for children) who allows pictures of himself or herself to be widely publicized, as on the web, showing the teacher naked or engaging in sexually provocative poses, cannot complain when he or she is dismissed by the school as a result. 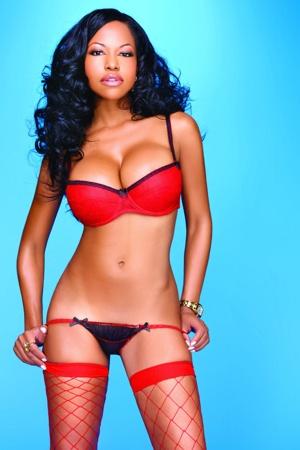 Tiffany Webb is, or was, a 37 year-old  guidance counselor in the  New York City public schools. She had excelled at her job for 12 years until photos she posed for as a 20-year-old lingerie model turned up on the internet.  When a student showed  photos of Webb that he had found online to her principal, it was recommended that she be fired. After an investigation, an Education Department committee voted 2-1 to do just that, concluding, ‘The inappropriate photos were accessible to impressionable adolescents. That behavior has a potentially adverse influence on her ability to counsel students and be regarded as a role model.”

Her firing came as she was scheduled to gain tenure. Naturally, she’s suing.  I hope she wins, because while the committee’s rhetoric is in line with the sound reasoning behind the Naked Teacher Principle, the facts dictate that this is the point—and all rules have such a point point— where “ethics incompleteness” occurs and the rule, however valid it is the vast majority of the time, accomplishes unethical rather than ethical ends.

The Naked Teacher Principle doesn’t apply to Tiffany Webb because:

1. She is not naked, though the photos doesn’t leave much to the imagination, either. OK, forget #1. END_OF_DOCUMENT_TOKEN_TO_BE_REPLACED