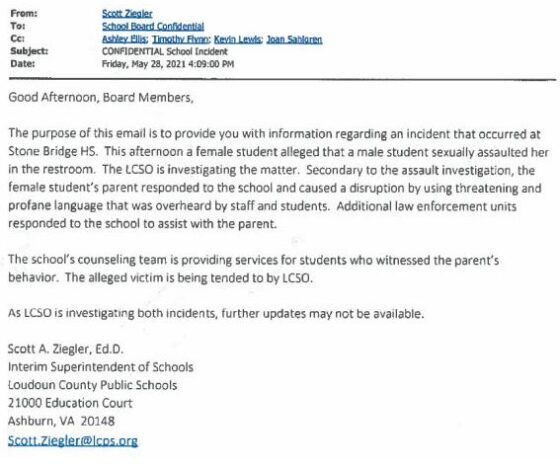 This scandal was brewing in my Northern Virginia back yard. I was remiss in not raising it earlier.

On May 28 a male student wearing a skirt entered a girl’s bathroom (he “identified as female, you see, so he was within his rights due to a new trans-catering bathroom policy) at a school in Loudoun County, Virginia and raped a freshman girl. Yesterday’s Open Forum marked its first appearance on Ethics Alarms, as Humble Talent linked to his entry on “Humble Musings,” his (excellent) substack site,where he wrote in part,

“This story broke as a result of the father of the victim, Steve Smith, being arrested when he rose to express anger and concern over the policies of the Loudoun County School Board. Loudoun County Public Schools Superintendent Scott Ziegler has just said [in answer to school board member Beth Barts asking if there were sexual assaults in the bathrooms regularly] that “To my knowledge, we don’t have any record of assaults occurring in our restrooms.” Smith, perhaps understandably, was upset by this, which led to an outburst that quickly became heated, and Smith was arrested and removed from the building.”

Shortly thereafter, the request was made by an activist organization, the National School Board Association ,to the Biden Administration regarding parental outrage at the conduct of school administrators placing school board members in peril, and indeed raising the specter of domestic terrorism. Merrick Garland’s chilling memo, much discussed on the Hill last week, followed. A coincidence, we have been assured.

It would be simplest if you read Humble’s post linked above: my efforts to quote from it have been foiled by WordPress’s horrible block-quote systems which make quotes within quotes a nightmare. But because of the investigative work of D.C. TV station WTOP, we now know that Ziegler, Barts and every other member of the board were aware of the May assault in a high school bathroom thanks to Ziegler’s own email posted above. Now Ziegler and the school board members are sending out statements that attempt to show no deception was intended. Indications are, however, that Ziegler and the entire board wanted the May assault to disappear, especially after the male student involved was transferred to another school and allegedly assaulted someone else. Steve Smith says he was repeatedly told that he needed to remain quiet if he wanted justice for his daughter. Moreover, state law requires “A division superintendent who knowingly fails to comply or secure compliance with the reporting requirements of this subsection shall be subject to the sanctions authorized in § 22.1-65. A principal who knowingly fails to comply or secure compliance with the reporting requirements of this section shall be subject to sanctions prescribed by the local school board, which may include, but need not be limited to, demotion or dismissal.”

END_OF_DOCUMENT_TOKEN_TO_BE_REPLACED 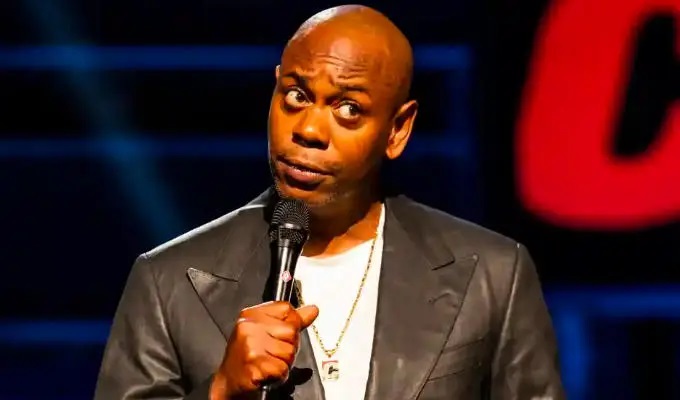 An ethics train wreck is an ethics-fraught situation or event that manages to make virtually everyone involved, on all sides of the issues, behave unethically or express unethical positions. I should have identified the Transgender Activism Ethics Train Wreck much earlier, of course: I was asleep at the switch.

The tipping point that prompted this is the Dave Chappelle Netflix special, “The Closer,” the latest in a series of stand-up concerts by the talented, often perceptive and intentionally politically incorrect comedian. (I haven’t watched it yet, but I will, possibly tonight.) The show is under attack by LGTBQ activists because Chappelle jokes at the expense of transgender individuals, and this is, they say, hate speech. As I said, I haven’t seen this concert, but I have seen others, and Chappelle has targeted trans people before. I can’t say his anti-trans material isn’t sometimes funny: a lot of his jokes provoke the dual “I can’t believe he said that!”/ “Ha! Oh, no, I hate myself for laughing!” response. This is because he is good at what he does. Nevertheless, I regard such jokes as punching down. Chappelle should be better than that.

I also have two transsexual friends, one a former neighbor, the other a young man I have known since he was a child. I find nothing funny or ridiculous about either of them.