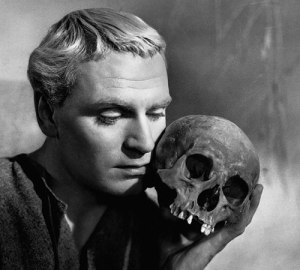 Indecisiveness and narcissism makes great drama, bad leaders, and gets people killed , too.

I try to think about the ethics of war as little as possible, much less write about it. It is too frustrating, and ultimately a waste of time: the same debates and philosophical arguments have been made, eloquently and passionately, for not just hundreds but thousands of years, and only the mechanics of warfare have changed.

My father, a war hero and a man who would have loved to have devoted his life to the military if his wounds hadn’t prevented it, used to say that war was the stupidest of all human activities. “There is nothing good about war,” Dad said. “Yet it is sometimes necessary and unavoidable. And don’t ask me to reconcile those statements: I can’t. Nobody can.” I remember asking him about General Patton, who led my father and his comrades during the Battle of the Bulge. “Patton supposedly loved war,” I said. “He did,” my father replied. “He was insane.” He loathed Patton.

The Syria crisis has triggered all the same arguments again, and I want no part of them. Ethical analysis doesn’t work where warfare is concerned. The conduct of ritualized killing combatants and innocents is, at best, an extreme utilitarian act that always creeps into  ethically indefensible “the ends justify the means” territory before the end of hostilities. So many invalid rationalizations are used to justify killing—“It’s for a good cause,” or the Saint’s Excuse, prime among them, with “They started it!” following close behind—that it is useless to tote them up. The war most often cited as a “moral war,” World War II, still involved the killing of innocent non-combatants by the Allies. ( My father remained amazed at the efforts at “limited war” in Iraq, noting that Allied soldiers were expected to accept civilian deaths as unavoidable and not a matter of concern. He also felt that the current dedication to half-measures just guaranteed longer wars, more deaths, and less satisfactory results. “It’s war,” he said. “You can’t make it humane or sensible; you can only make it shorter. Telling the military that it has to waste time and military personnel to avoid civilian deaths makes no sense. There is no such thing as a humane war.” Naturally, he approved of Truman’s decision to drop the atom bomb, in part, he admitted, because he was slated to be in the Japanese mainland invasion force that was likely to sustain up to a million casualties.) The Allies engaged in atrocities too, such as the fire-bombing of Dresden.

You want to talk about the problem of supporting terrible people and factions to defeat another? World War II is the champion on that score. The U.S. partnered with Stalin, who was a greater mass murderer than Hitler, and defeated Japan, the enemy of China, allowing Mao, a greater mass murderer than Stalin and Hitler combined, to enslave a billion people. The peace negotiated after the Second World War was only slightly less destructive than the one that ended the First World War (and led directly to the Second): The U.S. handed over half of Europe to Communism, laying the seeds of the Cold War that only avoided ending humanity in a nuclear holocaust by pure moral luck. The fact that WWII is the “best” war powerfully makes the case: ethics and war have nothing to do with each other. Each renders the other useless and incoherent. END_OF_DOCUMENT_TOKEN_TO_BE_REPLACED 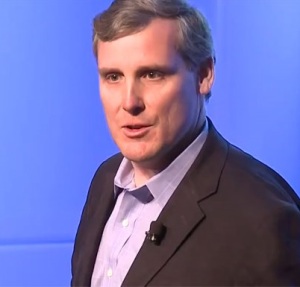 I hate you, Jeff, and I hate your friends.

Some ideas that brilliant young people have in the technology field should have remained unthought, and if thought, promptly rejected on the grounds that however clever and profitable, they will make the world a crummier place. This is one of those ideas:

From CNN Money we learn that Lenddo, a new financial lending companies (apparently none of the brilliant young people work in the marketing department—Lenddo???)  has figured out that one’s Facebook friends, and how friendly you are with them,  are a revealing indicator of your credit worthiness. If one of those FB friends is late paying back a loan to Lenddo, their data indicates that it means you are more of a credit risk than if that friend was right on time. Not only that, if the delinquent friend is someone you frequently interact with on the social network, it means you are even more likely to be a deadbeat.

“It turns out humans are really good at knowing who is trustworthy and reliable in their community,” happily crows Jeff Stewart, a co-founder and CEO of Lenddo. “What’s new is that we’re now able to measure through massive computing power.”  Fascinating, Jeff! 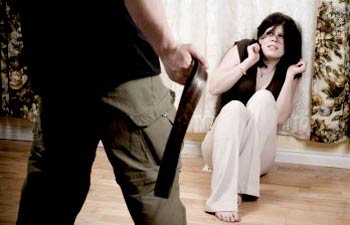 “You have to take it this time, honey, because the law says you’re a nuisance if you call the cops again…”

Did you know that many cities and towns across the country have what are called “nuisance ordinances,” “crime-free ordinances,” or “disorderly behavior ordinances,” that subject landlords and tenants to fines when the police respond to a proscribed number of “disorderly behavior” complaints within a designated period of time?  Such ordinances specifically include “domestic disturbances” as among the forms of disorderly conduct that be punished under the law.

What are the predictable consequences of such laws? Landlords evict tenants who cause them to be fined…including women who call the police because they are being beaten by their husbands or boyfriends. The laws, therefore, penalize the victims of domestic abuse, and create a powerful disincentive for them to report it, since they must, in effect, choose between a beating and homelessness. They also tend to affect single mothers and those who live in poor neighborhoods.

Wait…what? What idiots would pass such a cruel and stupid law? The answer, unfortunately, is lots of idiots, because elected officials, as a general rule, are wretched at ethics chess, among other skills. They don’t think about the unfair and irresponsible results of their well-meaning, bone-headed, poorly drafted and ill-conceived laws by considering their likely consequences two, three and four moves ahead, which is what ethics chess requires. A law can have unethical and unintended outcomes that render it far worse than whatever it is the measure was intended to address, but determining what those outcomes are takes more care, diligence, intelligence and patience than most of our elected officials can muster. END_OF_DOCUMENT_TOKEN_TO_BE_REPLACED

“Besides, the legitimacy of a war is not established by how it is organized but by what it achieves.”

—-David Brooks, writing in the Times about the messy United Nations coalition now intervening in the Libyan civil war.

This is blatant consequentialism, and Brooks is incredibly mistaken to write it. Would Lincoln’s war have been “illegitimate” if it had resulted in a defeated North and two nations, one still clinging to slavery? W.W.II “achieved” virtual slavery for million of Europeans whose freedom was conceded to the Soviet Union, the frying of two Japanese cities full of civilians, the opportunity for Mao to launch the worst genocide in human history, and 40 years with a very real risk of a nuclear war that might have exterminated humanity. Was that war legitimate?

The legitimacy of a war is measured by whether its cause is just, and its objectives are both vital and beyond accomplishing by any other means. What any war ultimately achieves is determined by events and factors impossible to know when the war is commenced, as well as pure, dumb luck..

Where should we file this legislative botch? Perhaps we should file it under incompetence, lack of diligence, irresponsibility, or inexcusable ignorance of unintended—but completely predictable–consequences.

In California, a statute  passed overwhelmingly by the State Legislature required that lawyers who work on loan modification agreements for homeowners facing foreclosure cannot require any payment until the work is complete. The law was intended to eliminate unscrupulous firms from running scams on desperate Californians, more of whom face foreclosure than in any other state, in which the firms charged large up-front fees and then did nothing. Unfortunately, it also made it unprofitable and risky for legitimate, honest lawyers to put in many hours battling lenders skilled at running out the clock in the hopes of being reimbursed by clients who are already in financial deep water. Thus stressed California homeowners, having been given protection by their tunnel-visioned representatives, now can find no legal help at all, honest or otherwise. END_OF_DOCUMENT_TOKEN_TO_BE_REPLACED

Once she had annoyed the Left and  sparked a media vendetta against her during the 2008 presidential campaign, Alaska Governor Sarah Palin was a marked woman. She had made some serious ethical missteps in the handling of her ex-brother-in-law’s employment with the state, but most of the ethics complaints made against her—there were over twenty-five—were pure harassment, generated by political foes. Unfortunately, Alaska has previously responded to its long history of official corruption by establishing a system that allowed any citizen to file an ethics complaint against a governor and trigger an investigation, leaving the targeted official to foot the bill. Nothing in the procedure prevented frivolous or malicious complaints, and that’s what most of what the complaints against Palin were.

Now, as of December 22, the law has changed. END_OF_DOCUMENT_TOKEN_TO_BE_REPLACED

For reasons no one has yet explained, a provision in the new health care reform law removes a previously Congressionally-mandated discount to children’s hospitals for drugs used to treat so-called “orphan diseases,” illnesses that are not common enough for the drugs to be profitable. Pharmaceutical companies have begun notifying the hospitals that they no longer qualify for the discounts, and the change will cost  hundreds of millions of dollars, as well as put sick kids at risk. END_OF_DOCUMENT_TOKEN_TO_BE_REPLACED

“A fake coupon for a free bag of Doritos has gone viral, leaving consumers angry when they can’t cash it in, retailers holding the bag if they do redeem it and Frito-Lay dealing with damage to its image. The scam problem has increased in the past few weeks as more and more people e-mailed the coupon to one another. And though a $5 bag of chips may not sound like a big problem, Frito-Lay spokeswoman Aurora Gonzalez said the losses could end up in the multimillions: The dollar value of fake coupons submitted in recent weeks equaled 5 percent of Frito-Lay’s real coupon offerings for all of 2009, she said.”