38-year-old Jose Calderon Arana suffered a fatal heart attack two years ago after taking the “Skull Island: Reign of Kong” ride at Universal Orlando Resort. He had  heart problems, didn’t speak or read English,  and now his family has filed a wrongful death lawsuit, arguing that Universal was negligent by not displaying warning signs in Spanish, since it knew that many tourist were non-English speakers.

Skull Island employs animatronics and 3D screens  to simulate a truck expedition through the monster-filled island depicted in the “King Kong” movies. (If those icky giant bugs are on the ride, I might have a heart attack.) A very large sign at the entrance says, in English, “Warning! This ride is an expedition through the rough terrain of King Kong’s natural habitat. The movement of the truck is dynamic with sudden accelerations, dramatic tilting and jarring actions.” It goes on to warn that people with heart conditions or abnormal blood pressure, back or neck conditions, and expectant mothers shouldn’t go on the ride. Graphics accompany the warnings: 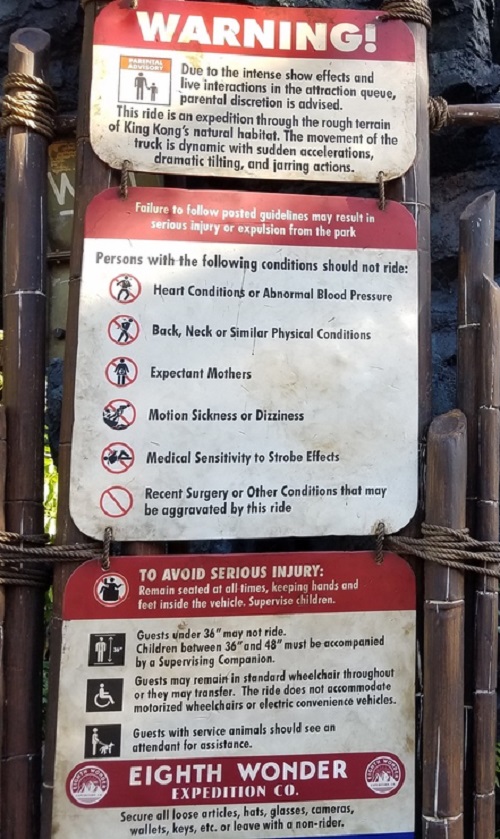