“Let’s turn the page. A word to the Vandy student government president-elect: You would be surprised to learn how aligned our interests are. I invite you to work with me as I renew my commitment to chair the student government Economic Inclusivity Committee. The pursuit of social justice takes hard work. Let’s meet this challenge together.”

The final, sad paragraph in Vanderbilt student Jordan Gould’s essay on Medium titled “When the Social Justice Mob Came for Me.”

I am not designating this an Ethics Quote of the Month because it expresses an ethical ideal or concept, for being a fool and a patsy is never ethical. Rather, Gould’s lunk-headed failure to learn the obvious lessons from his traumatic experience of running for student body president of his supposedly liberal college is symptomatic of what decades of leftist and anti-American indoctrination have done to our youth. Gould has been marginalized and vilified by those he thought were his allies and ideological compatriots, and he doesn’t even realize it.

The harrowing essay details how he was attacked for being white, Jewish, and belonging to a fraternity, in other words, male.  He writes,

Suddenly I started to get tweets and group messages where people told me to go to hell, that I was a white supremacist and a racist confederate. My senior advisor, a woman of color, was asked why she supported a Colonizer.The other candidates’ supporters tore down our posters and ripped my head off the pictures, a sinister warning of what was to come. My campaign was called the white supremacist campaign. False social media posts circulated that my fraternity had parties with confederate flags and chanted that the south would rise again. One message said, “White men are the absolute worst!” Soon after, the posts got even more terrifying — “Hitler got something right!” and “he should get dragged for it!” I began to fear for my safety. Why was this happening?

Why? Why? This is a smart young man, and he is asking that?

END_OF_DOCUMENT_TOKEN_TO_BE_REPLACED 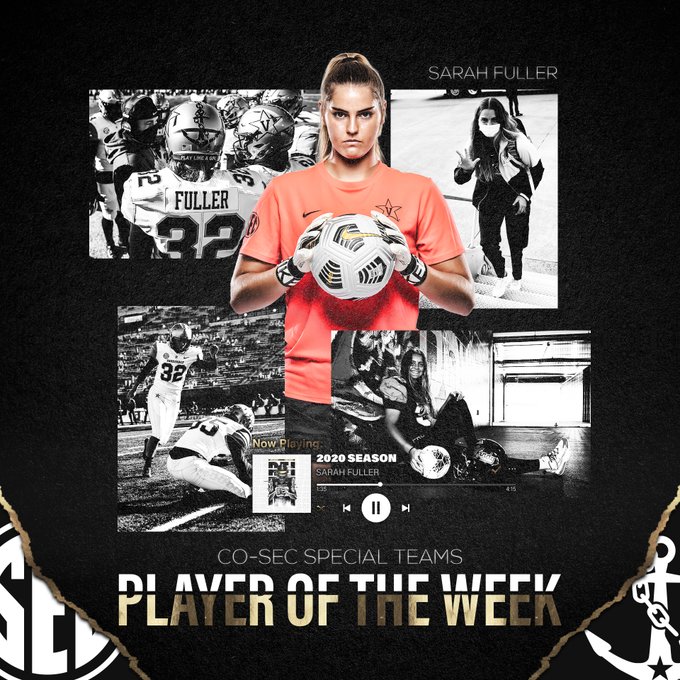 I’m not even sure what to call the display of dishonesty and posturing that unfolded over the weekend at Vanderbilt. Disrespect for the game and intelligence of fans? Lack of integrity? Incompetence? Dishonesty? Shameless exploitation? Patronizing and insulting women? I’m not sure, but whatever it is, it was all unethical.

Let’s look at the components of this ethics mess (it’s not coherent enough or significant enough to qualify as an ethics train wreck):

1. Derek Miller, the coach of Vanderbilt’s football team, had all of his kickers turn up positive for the Wuhan virus, on game week, so allegedly in desperation, he made Vanderbilt women’s soccer goalie Sarah Fuller the first woman to play in a Power Five conference football game by handing her the job of kicker. She had never kicked a football in a game in her life.

Nobody, literally nobody, believes that there weren’t many members of the team, and maybe all of them, that would have been a better bet to rely upon than Fuller. The team was 0-7 before the game against Missouri—and 0-8 after it, by the humiliating score of 41-0—and the attempt to appeal to campus feminists and woke alumni seems like a desperation move by Coach Miller to save his job. Of course, that meant sacrificing the team’s interests for his own, which is unethical management. Whatever hismotive, it didn’t work: he was fired the next day. In his farewell statement, Miller referenced coaching and mentoring “hundreds” of young men and “one courageous female.” From Tuesday through Saturday afternoon.

2. Sure enough, the coach’s cynical use of Fuller got massive publicity, all positive. Since the team never scored or got within range of a field goal, Fuller got to kick the ball exactly once, to begin the second half. She delivered a 30 yard squibber that gave Missouri the ball on its 35 yard line. The pathetic kick went only 20 yards in the air and rolled another ten before the Missouri team saved face for her by jumping on the ball before it went out of bounds and drew a penalty.

For that performance, the SEC named Fuller the special teams “Player of the Week.” As Kamala Harris has proved, in 2020 a woman can be regarded as a standout by simply showing up. Performance doesn’t matter, just chromosomes.

3. Then Fuller revealed that she had the audacity and bad taste to lecture her team mates for a day on the right way to play football.