The mayor and her hairdresser…

Remember the gag in the original Batman movie, after the Joker poisons some soap and cosmetic products and news anchors go on the air looking like hell? This story reminded me of that.

Chicago Mayor Lori Lightfoot, who has just recently pivoted to race-baiting as a strategy for getting through the pandemic—nice— was forced into defending getting a $500 haircut in defiance of her own state’s  stay-at-home order.  Lightfoot had appeared recent in a public service announcement urging Chicagoans to stay home to save lives. She also spoke to her city’s women specifically, saying “Getting your roots done is not essential.” I would interpret this as “Forget about vanity: this is a national crisis.” Hairstylists and barbers are not on Illinois’ list of essential businesses and must be closed during the Wuhan virus outbreak.

Nonetheless, the Mayor had the city pay a hairdresser 500 dollars for a private hair-cutting session. If there was ever the appearance of a “laws are for the little people,” this episode is it.

The Mayor’s defense is that  because she’s “the face of this city,” maintaining her appearance is a special and necessary exception.

Is the Mayor’s explanation and conduct ethical?

END_OF_DOCUMENT_TOKEN_TO_BE_REPLACED 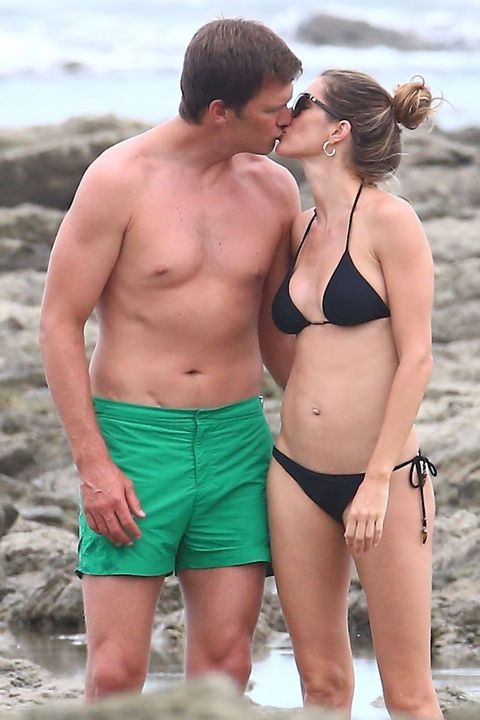 Hear me out, for I am, as regular readers here know, far from a Brady fan, despite my Boston bona fides. In fact, I think he shares the atrocious ethics values of his coach, which can be fairly summed up as “the ends justify the means” and “it ain’t cheating if you can get away with it.”

This, however, is a completely different area,  the toxic, values-rotting narcissism and obsession with surface beauty and impossible ideals in appearance that has made the nation sillier, more trivial, meaner, neurotic, insecure and less productive.

After the above photo of the 40 year-old quarterback with his model wife, Gisele Bundchen, surfaced online last week, the Patriots super-star was beset with social media snark attacking his “dad bod” and declaring him out of shape.

Whether it is intentional or not, Brady is to be thanked, admired and praised for appearing in public absent ripped abs and bulging muscles, and even some healthy fat visible in moderation, and doing so without shame. This is how normal people look, and should be allowed to look without comment or criticism. Once upon a time, not so long ago, before Nautilus and health club chains, celebrity athletes and he-men were judged on what they did, and not how chiselled and bulked-up they looked off the field or between films. This now extinct attitude was known as rationality and proportionality. Thus Joe Louis, the greatest heavyweight boxer of all time.. END_OF_DOCUMENT_TOKEN_TO_BE_REPLACED

But first, a diversion:

I gave my sister “What Happened” as a gift, I hadn’t turned it over, so I saw the alleged photo of the author for the first time when she took off the wrapping. (This was a late Christmas gathering.) Hilarity ensued. Here is what we saw:

Now here’s an up-to-date picture of me:

Not to be petty or anything, but flattering photos are one thing, and extreme misrepresentation is another. Hillary’s book jacket photo is a visual lie, showing vanity and a lack of integrity….just like her book.

Yesterday  Clinton responded to a New York Times story revealing how she handled allegations of sexual harassment within her 2008 presidential campaign. After  her campaign spiritual adviser, Burns Strider, was accused by a young female staffer of repeated sexual misconduct, Hillary refused to fire him, instead docking him several weeks of pay telling  him to seek counseling. The young woman was moved to a new job. Clinton didn’t dispute the facts. She said this (WARNING: HEAD EXPLOSION RISK!) via Twitter: END_OF_DOCUMENT_TOKEN_TO_BE_REPLACED 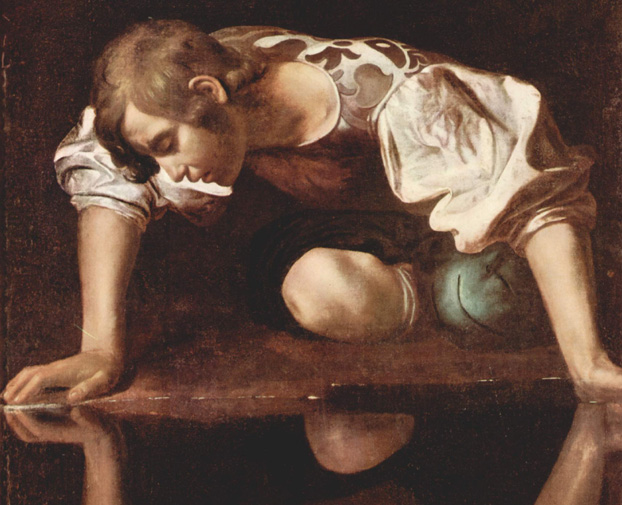 There was a fascinating little story in the Washington Post last week. Apparently researchers have found that a long diagnostic survey used to identify narcissists is no more effective than a simple, direct question: “Are you a narcissist?”

Narcissists just aren’t ashamed of their narcissism, and as the story points out, that shouldn’t be surprising. Narcissists see the world as revolving around them, feel superior to everyone else, and typically aren’t inclined to hide their light under a bushel basket. They also are smart enough to know they are self-absorbed, and if they thought that was a bad thing, they wouldn’t be true narcissists, who tend to believe that everything about themselves is peachy keen. Narcissists also lack empathy, so comprehending why people like them are often distrusted (because, in fact, they aren’t trustworthy) might be beyond them.

Professor Brad Bushman, co-author of the study, tells the Post that being able to identify narcissists easily is a boon for everyone, including the narcissists themselves, pointing out that if you already think you’re perfect, you’re not going to make an effort to improve yourself. “And it’s bad for society as well,” he says, “because if you’re selfish you’re less likely to be a cooperative and helpful member of your community.”

Fortunately for them and society, narcissists, despite all their unethical tendencies, are honest…at least about their malady. END_OF_DOCUMENT_TOKEN_TO_BE_REPLACED

By purest coincidence, I was looking through a magazine rack at CVS yesterday and taking notice of how well Oprah Winfrey has been keeping the pounds off lately. Then, this morning, I saw footage of her walking across a stage to announce her latest venture, something to do with chai tea. Mama mia! The woman I saw smiling and waving, presumably the real Oprah, was easily 50 pounds heavier than the look-alike who has been gracing the cover of recent O’s, though I will say, as mitigation, that the strategically shot March cover has a graphic over OW’s gut.

I could not care less how much Oprah weighs or what she looks like. However, an ethical narcissistic—and what else can you call a woman who publishes a magazine named after herself that has her as the cover model for every single issue?—has limited choices:

Not an ethical option: showing your loyal, trusting readers that you look one way, when in fact you look a whole lot fatter.

Yes, yes, I know—photoshopping, airbrushing, make-up, glamor photos, “it’s done all the time.” This is Oprah’s magazine, her image and her body, and pictures communicate. Her covers say “This is what I look like, be like me.” If she doesn’t look like her covers or even close, that’s an outright, calculated lie. It’s really as simple as that.

Lauren Fleshman is a 31-year-old track star whose attractive looks have garnered her product sponsorships, magazine covers and fashion show appearances. Thus it represents a noble sacrifice for her to choose to reveal the truth about her beauty and fitness—that she’s human, and is not as perfect a specimen of the species as the media would lead us to believe.

On her blog, Fleshman struck a blow against vanity and for the acceptance of realistic and healthy female body images by exposing the kinds of photos of glamorous athletes like her that the public isn’t usually permitted to see. Images like this… END_OF_DOCUMENT_TOKEN_TO_BE_REPLACED

Sometimes the Enabling Virtues will save an army, and sometimes they’ll get you killed.

July 3, 1863 was the date of Pickett’s Charge, when Confederate General Robert E. Lee ordered a desperate Napoleonic advance against the Union line at Gettysburg in what has come to be a cautionary tale in human bravery and military hubris. The same day marked the zenith of the career of George Armstrong Custer, the head-strong, dashing cavalry officer who would later achieve both martyrdom and infamy as the unwitting architect of the massacre known as Custer’s Last Stand.

Custer’s heroics on the decisive final day of the Battle of Gettysburg teach their own lessons, historical and ethical. Since the East Calvary Field battle has been thoroughly overshadowed by the tragedy of Pickett’s Charge, it is little known and seldom mentioned. Yet the truth is that the battle, the war, and the United States as we know it may well have been saved that day by none other than undisciplined, reckless George Armstrong Custer. END_OF_DOCUMENT_TOKEN_TO_BE_REPLACED

Amazingly, some bloggers and critics actually called Kirk Douglas’s appearance as an Oscar presenter last night (it was he who announced Melissa Leo’s win, which she instantly turned into an Oscar low-light) hard to watch and even “creepy.” Sometimes you just have to shake your head and wonder how people’s perception gets so warped.

The 96-year-old stroke victim strode to the stage without vanity, fear or hesitation. He flirted, he joked, he took full advantage of his richly-earned status as a Hollywood legend, the last of the great movie men’s men, and indomitable survivor. And he dared to play with the faux suspense of the event, demonstrating with a wink and grand humor that he, better than most, knows how little awards mean compared to the guts of life. END_OF_DOCUMENT_TOKEN_TO_BE_REPLACED

Esquire has revealed the result of its investigation, and it is this: many manufacturers of men’s pants routinely mislabel their products’ waist measurements, representing waist sizes as less, and sometimes considerably less, than they really are. Old Navy, by far the most outrageous of the size-liars, sells pairs of trousers with a 41 inch waist band as a 36. Other companies, like Hagar and The Gap, play the same game, though not as egregiously.

The practice is intentional, apparently, and even has a name in the industry—“vanity sizing.” The theory is that pants with smaller waist measurements make men feel better about their pot-bellied bodies, and thus have a competitive advantage over truthfully labeled pants. All other things being equal, a man is more likely to buy a comfortable pair of jeans that have a 36″ label on the waist than ones with a 38″ label. END_OF_DOCUMENT_TOKEN_TO_BE_REPLACED