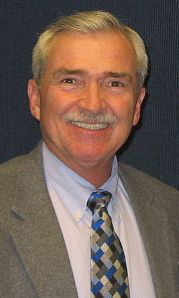 He was, without question, the best mayor Fort Wayne, Indiana has ever had. When he first took office, he consolidated city departments launched construction of Fort Wayne’s massive underground sewage system and built the city sewage treatment plant, which is used to this day, seventy years later. When W.W. II came, he held war materials drives, upgraded city equipment and services, and broke ground for was is now Fort Wayne International Airport. and lowered city tax rates. In his last term, he opened up a major area of the town for development by elevating the railroad tracks. And he kept taxes low.

For 21 years beginning in 1934, this dedicated public servant was only not mayor for three years: he died at his post in 1954. And the people of Ft. Wayne haven’t forgotten him. This year, when city officials asked its citizens to vote on whose name the new government center should bear, the response was overwhelming. Ten times more people again voted for the former mayor they had always voted for while he was alive than for anyone or anything else (the runner-up choice was “Thunderdome”).

The current mayor, however, has decided not follow the results of the poll. He thinks the name would be inappropriate. You see, the famous leader that the people of Fort Wayne want to honor was named Harry Baals.

OK, not really: it’s Tom Henry. But that should be his name, and if the people of Fort Wayne permit his juvenile terror of the jokes of 7th graders, Howard Stern and Gilbert Gottfried to prevent them from honoring the legacy of a local hero, maybe the city’s name should be changed to Gutless.

Somehow, Baals’ suggestive name didn’t impede his political career any, or curb his determination to do everything he could to build Fort Wayne. Wouldn’t you think his successors would be the last people to quail at the prospect of snickers from children and morons who might chortle, “Hey! They said….balls! <snort! snort!>” Wouldn’t you hope that gratitude, respect, fairness and basic adulthood would prevail to allow today’s mayor of Fort Wayne to ignore the predictable morons and properly honor his greatest predecessor? Wouldn’t you be certain that Harry Baals’ lifetime of service to the city he loved would be sufficient for his name to be a matter of pride to that city, and not embarrassment?

Not for Mayor Henry. Maybe he was always making fun of his brother Dick Henry (“Hey! You said….dick! <snort! snort!>“) Maybe he’s really a prematurely gray thirteen years old. The most likely conclusion is that he doesn’t have the judgment, common sense, or sense of responsibility to know when a community’s debt to a man’s memory should take priority over an irrational fear of double entendres.

And, predictably, because unethical traits go in clusters, Henry is a liar, and a coward too. His spokesman announced that the real reason Mayor Henry is rejecting the will of the people is that he doesn’t think the new government center should be named after an individual.

Absolutely nobody believes him.