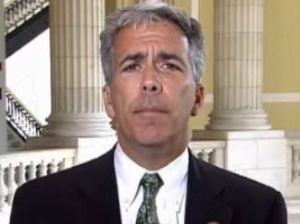 Rep. Walsh says that President Obama has no shame. He should know: having no shame is something of a specialty of Walsh's.

Freshman U.S. Rep. Joe Walsh (R-Ill) is a vocal Tea Party champion dedicated to fiscal responsibility, meeting obligations, protecting the future for our children, and living within our means. How does he reconcile these values with the fact that he owes $117,437 in child support to his ex-wife and three children?

He can’t. It’s impossible. Walsh is the epitome of a political hypocrite, and because he is shameless about his despicable failure to meet his family obligations, he is also a fick. In fact, he is the Ethics Alarms Fick of the Month.

To be fair, Walsh disputes the amount that his wife claims he owes her in the suit she recently filed. You know what? It doesn’t matter how much he owes. Ethically, he is just as much of a fraud and a fick whether he owes $100,000, $25,000, or $500. For this is the self-righteous freshman Congressman who says,  in a video speech lecturing President Obama on fiscal responsibility, “I won’t place one more dollar of debt upon the backs of my kids and grandkids unless we structurally reform the way this town spends money!” ”Have you no shame, sir?” he asks.

That’s right: Rep. Walsh, a deadbeat dad, asks the President of the United states whether he has no shame!

Good job, voters of 8th Congressional District! What a great addition Walsh is to our already dysfunctional legislative process,  one more sickening example of the public voting for a candidate’s  position and ignoring his character, or in this case, his lack of it.

As the Chicago Sun-Times documents here, Walsh has been arguing with his ex-wife over his child support payments for years, usually claiming he was too poor to pay the 50% of support he is obligated to provide. Meanwhile, he has gone on vacations, loaned funds to his campaign, and generally made it clear that when it comes to budgeting funds, his kids are way, way down the list. Here is a responsible and ethical father should have his children on his list of financial priorities: at the top. Number One. The care of your children come first, Congressman: you created them. Don’t  you dare make me pay for them, or the government, or your ex-wife, all by herself. If it is between paying for their food or yours, you go hungry. If it between paying to put a roof over their heads or yours, you live in a box. If it is between running for Congress so you can blather on about theoretical children’s futures and getting an honest job so you can be sure to keep your actual, flesh and blood children’s future secure, Washington, D.C. doesn’t make the cut. And if it is between paying your overdue child support of going on an Italian vacation with your hot new girl friend?

I know these are tough questions for a fick.

Walsh brought those children into the world, and he is at least 50% responsible for caring for them. He prefers his political career; he prefers grandstanding over the debt ceiling. He prefers lecturing everyone else on principles that he ignores and defies when it suits his needs and desires. No one should listen to this pathetic excuse for an elected official until he has paid off all of his debts to his family—not with a pennies on the dollar settlement, like the one he is holding out for, but all of them—and until he has apologized for his disgraceful lack of integrity. Then we should listen to him, but only long enough to hear him say, “I resign.”

Will the Tea Party ever learn that noble objectives and high values cannot be achieved through the leadership of liars, fakes, ficks, miscreants and louses?

There is reason to doubt.

Special thanks to Ethics Bob for finding this story. You can read his comments on it here.

*fick, n.: [Origin: named after the despicable Leroy Fick.] A person who engages in outrageously unethical, selfish or antisocial conduct without appropriate shame or contrition, and continues to engage in it after it has been discovered and condemned.