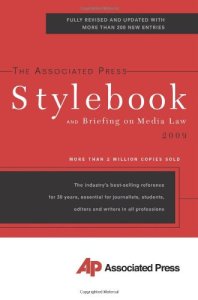 In a jaw-dropping example of naked bias, dishonesty, and Bizarro World journalistic ethics, African-American author Karen Hunter complained on MSNBC that the Associated Press was racist by transcribing President Obama’s speech to the Congressional Black Caucus without restoring his intentionally dropped dropped G’s, as other services—unethically—did.

Here’s part of the AP version:

“Take off your bedroom slippers. Put on your marching shoes,” he said, his voice rising as applause and cheers mounted. “Shake it off. Stop complainin’. Stop grumblin’. Stop cryin’. We are going to press on. We have work to do.”

“I teach a journalism class,” she said, “and I tell my students to fix people’s grammar, because you don’t want them to sound ignorant. For them to do that, it’s code, and I don’t like it.”

Code??  The code, of course, was Obama’s intentional, shameless, and condescending code, as the presence of a black audience before him caused him to suddenly morph from the Yale-educated Hawaiian who speaks impeccable English, perfectly G’d, into a street-talking community organizer. The fact that he chose to do such an overtly cynical shuck and jive act was the story as much as the content of his speech. For a news agency to hide that, to intentionally obscure it, would constitute an intentional effort to allow Obama’s lack of integrity fly under the radar. Hunter apparently feels it is racist to honestly report what the President does, if it doesn’t reflect well on him.

Mark Smith, the AP reporter who filed the story, defended his account. “Normally, I lean toward the clean-it-up school of quote transcribing—for everyone,” Smith said. “But in this case, the President appeared to be making such a point of dropping Gs, and doing so in a rhythmic fashion, that for me to insert them would run clearly counter to his meaning. I believe I was respecting his intent in this. Certainly disrespect was the last thing I intended.”

If anyone was racist, it was Barack Obama, talking to African Americans as if standard English pronunciation—the way he normally speaks—was difficult for them to understand. If any journalists were unethical, it would be those who added the carefully dropped G’s, preventing readers from recognizing what I could, thanks to the AP: Obama was pretending to be someone he’s not, and doing so in a transparent and blatant manner. This isn’t a case of cleaning up the “ums” and “ahs,” false starts and grammatical nightmares of some politicians less skilled and educated than Obama. This is a case of reporting how a politician said something, because the manner was part of the message.

Hunter would prefer that most Americans not know that their President drops his G’s when he talks to black audiences. That’s backwards journalistic ethics. The public has a right to know that Barack Obama, who promised to be a President of all the people, now shows different faces to different constituencies.