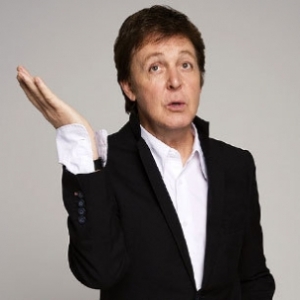 I thought about a lot of possible headlines for this post. “Most Muddled Ethics Statement of the Century” was a real contender. I thought about making it an Ethics Alarms quiz, with the plaintive query,“Can anyone please tell me what the heck Paul McCartney thinks he is saying?” And, yes, I thought about skipping the story completely, as I am not eager to rattle the cages of the zealous pot enthusiasts, several of whom bombarded me, my business and my wife with vicious and threatening e-mails last week.

But this cannot pass without comment. Paul McCartney has given an interview to Rolling Stone in which, among other things, he announces that he is giving up smoking pot as a responsible father of an eight-year-old girl.

“I did a lot, and it was enough,” the co-writer of “With a Little Help From My Friends” (“I get high with a little help from my friends…”) and “Lucy in the Sky With Diamonds” tells the interviewer. “I smoked my share. When you’re bringing up a youngster, your sense of responsibility does kick in, if you’re lucky, at some point. Enough’s enough – you just don’t seem to think it’s necessary.”

This is completely bewildering. Is Paul saying he’s had his fill, and now that he has, come to think of it, it’s irresponsible to smoke pot? Is he expressing regret? Is he doubting the wisdom of his aggressive drug advocacy over the last 50 years? Retracting it? Is he saying that parents shouldn’t smoke cannabis? That responsible people shouldn’t? That it’s wrong–irresponsible—to encourage a child to break the law? To use drugs? McCartney is 69—now he thinks its time to be responsible? Was he irresponsible for the first eight years of his daughter Beatrice’s life? What about he grown children? What does “I smoked my share” mean? That after the first 50 years of pot, the responsible thing is to quit? Huh? What does he mean, “you just don’t seem to think it’s necessary”? That once he thought drugs were necessary, but now he thinks they’re not? Or that after a half-century of getting stoned, he’s bored with it? It’s no longer necessary for him? That he now believes it was never necessary? What are you trying to tell us, Paul?

When Paul McCartney, led by his late wife Linda, became a vegetarian and an animal rights advocate, he was clear that he had concluded that eating animals was wrong, and wanted to use his influence and celebrity to change cultural attitudes about eating meat and being cruel to our fellow living things. He didn’t say, as far as I can find, “I’ve eaten my quota of meat, and at some point you’ve had enough—on to tofu!” His ethical message regarding animals was clear. Eating meat is unethical—for everyone.

His message on drugs and parental responsibility, in contrast, is gibberish. The main lesson to take from this episode, it seems to me, is that while celebrities, because of their visibility and cognitive dissonance, serve as role models—and make no mistake, The Beatles were certainly that—many of them are intellectually and ethically unfit for the job.

This week, at the Grammys, McCartney again displayed the depth of his artistry and the endurance of his charisma, leading the greatest rock guitarists on the planet in a boffo finale with his “Abbey Road” compositions (with John Lennon, of course), “Carry that Weight” and “The End.” Nobody watching is likely to forget it.

I’m glad you’ve given up pot, Paul, whatever your reasoning.

Now shut up and sing.