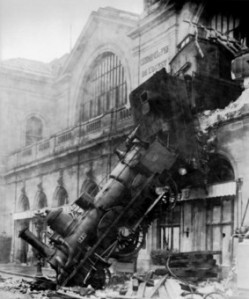 If this isn’t the Ethics Train Wreck of the Year, we have something truly horrible in store for us down the line. A no-so-brief brief re-cap:

Or, to be more succinct, yeccch!

Laura Ingraham, a frequent presence on Fox News and a conservative radio host herself, refused to criticize Limbaugh’s insults and instead attacked the substance of Fluke’s arguments, which is what Limbaugh should have been doing, of course. This, despite the fact that Ingraham had herself been called a slut in a 2011 TV attack by resident MSNBC boor Ed Schultz, and had been properly indignant about it. But while employing her own double standard on the issue of Limbaugh’s identical insult against another, more vulnerable woman, Ingraham did turn up a spectacular example of a media double standard. Fluke’s public rejection of Limbaugh’s apology took place on The View, where Whoopi and the gang  excoriated Limbaugh for his language. Ingraham drew attention to the same group’s discussion of Schultz’s use of “slut” against Ingraham, in which the women all agreed that it was no big deal. They had a good laugh about it, in fact. You can see the clip here.

The real mark of an Ethics Train Wreck is that it gets so bad, you can’t tell the heroes from the miscreants after a while. Sure enough, who should become a voice of reason in the carnage but….Bill Maher, who tweeted:

Maher may be a misogynist, but he has integrity. Or does he? Maher lost his Comedy Central show because of threatened boycotts and a public uproar over a politically incorrect remark (on a show called “Politically Incorrect”). Is this just a self-serving tweet by Bill, employing the Golden Rule distortion, “Do Unto Others What You Wish Others Had Done Unto You And Hope They Do Unto You When You’re In The Same Position, Which Could Be Any Minute Now”? Is Bill readying a  mea culpa for his “cunt” comments about Sarah Palin and Michelle Bachmann?

And the wreck goes on.