“Sybrina’s words have opened the door for millions of people to understand when George Zimmerman is let off the hook with either an acquittal or a plea bargain for a lesser charge.”

—Syracuse University Professor Boyce Watkins, in a blog post complaining that the comments of Sybrina Fulton, Trayvon Martin’s mother stating that she thought the shooting of her son was “an accident” were devastating to the chances of convicting George Zimmerman of second degree murder. 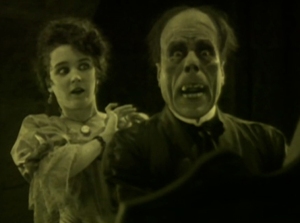 I must confess, I love this quote and the post that generated it. I love it because a race-baiting scholar who later defenders cannot credibly claim didn’t write what he meant, has confirmed what I have argued in multiple posts, in the course of also validating my assessment that Fulton’s comment was itself unethical, though not for the reasons Dr. Watkins objects to it.

In the rest of his post, Watkins confirms my assessment of Fulton’s irresponsible and despicable willingness to stir up hate toward Zimmerman. Later, after she retracted her “accident” comment, Trayvon’s mother did an about face and said, on MSNBC, a.k.a. lynch mob central, “George Zimmerman stalked my son and murdered him in cold blood.” I had missed that one: thanks, Dr. Watkins! Can I finally  hear no more from Fulton’s defenders about how exemplary the conduct of Trayvon’s parents have been? Can I get consensus now that these people are interested in vengeance, not justice?

As James Taranto pointed out (my thanks to him for flagging the post), what Fulton thinks about the incident shouldn’t effect the trial at all, since she has no knowledge of what really happened—just as her original claim that her son was murdered shouldn’t matter at all, nor her latest claim that Zimmerman stalked and killed him in cold blood. Her comments tell us a lot about Fulton, and the thinking of the activists, like Dr. Watkins, who want to manipulate the justice system and the tragedy for political gain. But if what the mother of the murdered victim says has any impact on whether or not Zimmerman is convicted, we are looking at a kangaroo court in George’s future.

Dr. Watkins’ quote above, however, is a masterpiece of candor in the exposition of evil. He doesn’t want African-Americans and other citizens to understand why Zimmerman was acquitted, if he is! He doesn’t want them to understand reasonable doubt, and how “knowing” someone committed a crime is not good enough, the prosecution has to prove it—and so far, this case can only be proven based on speculation, which isn’t proof at all. If Americans don’t understand that Zimmerman could still be guilty, but that a properly functioning justice system could legitimately and justly find him not guilty by reason of reasonable doubt, then they will attribute the verdict to racism and injustice, and protest, and demonstrate, and with luck, even riot, as Watkins dearly wants. That moment of honesty from the plaint Sabrina Fulton, Watkins thinks, jeopardizes that, and he thinks it will be bad for those, like him, whose influence and power is rooted in how much blacks distrust whites, and whose political strategy depends on citizens believing their government and justice system is corrupt. Ignorance is such a help when one wants to promote hopelessness and anger. The last thing one wants is understanding.

What a frightening, cynical, despicable and honest statement! Yet for anyone following the efforts of the demonstrators and the media in this case who was willing to see what was going on no matter how badly it reflected on their own ideological illusions, it should not have come as a surprise. But it was a surprise, wasn’t it? For that, though we owe Dr. Watkins our disdain and revulsion, we also owe him our thanks. The ugliness of the mob’s leadership was never very well disguised, but he ripped off the whole mask.