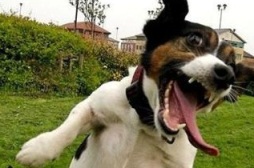 A commenter recently pulled out the hoary and almost always misused “innocent until proven guilty” line, which reliably makes me scream, frightening the dog and the neighbors. Thus I was happy to see this September 28 ruling by the Louisiana Supreme Court, which found that Philip Pilie, a 2007 University of Georgia School of Law  who passed the bar examination in 2009, lacked the character and fitness to be admitted to practice in the state, despite the fact that he was not convicted of the crime that resulted in his disqualification.

Why? Because he did it, that’s why. Pilie contacted what he thought was a 15-year-old girl online and arranged to have sex. She was, unfortunately for Pilie, really a big, hairy, middle-aged man looking for predators who like to have sex with under-age girls. Pilie  was arrested at the planned rendezvous and charged with two  felonies,  computer-aided solicitation of a minor and attempted indecent behavior with a minor.

Pilie negotiated a deal with the district attorney to avoid prosecution. He completed a pre-trial diversion program including counseling, and all charges  were dropped. Pilie took and passed the bar exam, but was informed  in March 2009 that he lacked the character and fitness for admission to practice, because he trolled on computers for young girls to have sex with, by his own admission. His appeal to Louisiana’s highest court failed, twice.

In the latest decision, the court said that Pilie’s lack of a criminal conviction made no difference in its reasoning. “Had petitioner been a practicing attorney at the time of his misconduct, it is very likely he would have been permanently disbarred,” it wrote. “Given this fact, we can conceive of no circumstance under which we would ever admit petitioner to the practice of law.” Pilie was permanently barred from ever again seeking admission, without ever being “convicted in a court of law.”

When it comes to making assessments of a person’s character and that person having to accept the consequences of those assessments, a conviction isn’t necessary, as long as there is sufficient reason to believe the wrongful conduct took place. You have to be proven guilty in a court of law in order to receive criminal penalties  from the state, but when the consequences are being fired, not hired, untrusted, shunned, or not being allowed to practice law in Louisiana, “innocent until proven guilty” is a non sequitur. Plus it frightens the neighbors and the dog.

Let’s speak no more of it, okay?

14 thoughts on “One For The “Innocent Until Proven Guilty” Crowd”