[Update: June 28…The tweets that inspired this commentary were shown to be wrongly time-stamped, and the reporter’s newspaper have apologized for the error, but not before there were some other developments, discussed here.  Ethics Alarms apologizes to Hilaria too. The criticism of her is withdrawn; the commentary below about tweeting at funerals, and Hilaria’s husband stands.]

In case you wondered what kind of a woman would marry actor Alec Baldwin during his late career, “mega-jerk and proud of it phase, wonder no more.

Baldwin’s wife Hilaria demonstrated that she is at least as self-centered, rude and lacking respect for basic human courtesies by tweeting her head off during James Gandolfini’s funeral in New York.

It’s simple, really. You don’t have to attend anybody’s funeral (though, as Yogi Berra famously warned, if you don’t go to theirs, they won’t come to yours), but if you do, you are obligated to put aside the petty details of your life for a few hours while you solemnly and respectfully join family members and friends in remembering and honoring the concluded life of the deceased. You don’t spent the time passing notes with knock-knock jokes on them to other mourners, you don’t hum inappropriate ditties, and you sure as hell don’t spend the funeral tweeting inane stuff like like this... 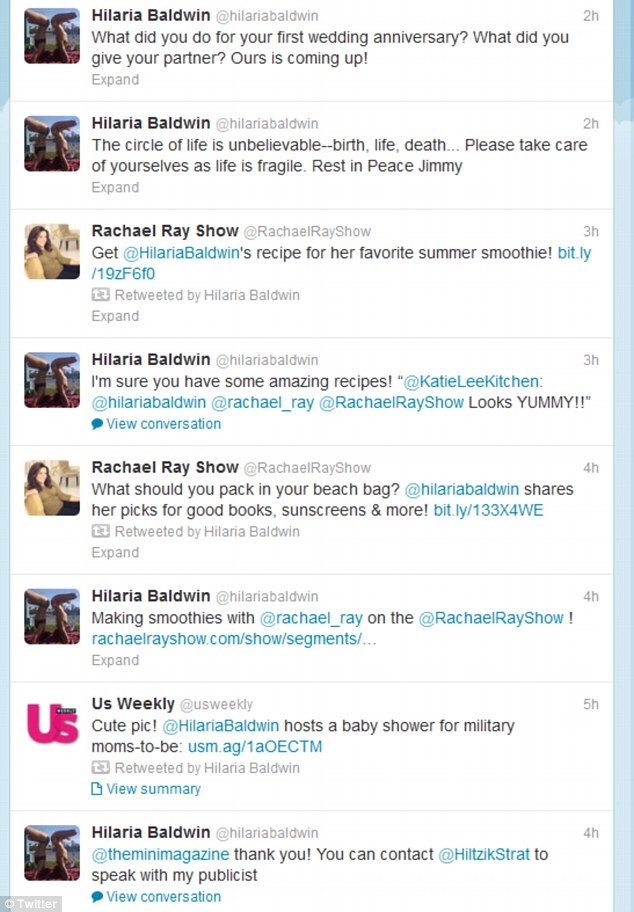 Anyone who is that pathologically obsessed with herself and so incapable of showing due respect to a fallen colleague deserves to be trapped in a room with Alec Baldwin.