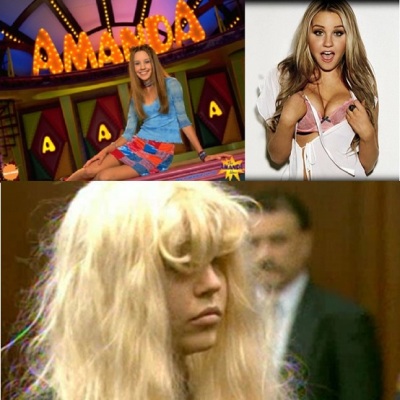 I posed this question years ago to Paul Petersen, a noted child performer himself (on the classic “The Donna Reed Show”) and for decades the courageous advocate for past and present child stars. He has fought for legislation to protect their assets and their welfare, often attracting hatred and attacks from stage parents in the process, but draws a hard line at banning kids in stage, screen and TV. “Gotta have those cute kids, Jack” he replied, essentially admitting that as brutal as pre-adult careers in show business often were, the public would never give up their lovable moppets. I don’t dispute Paul’s clear-eyed acceptance of reality, but I also think his answer ducks the question. As he knows better than anyone (you should check out the website of his non-profit organization here, and consider sending a contribution his way), the carnage on young lives a too-early introduction into one of the most callous and mind-warping of professions brings is well-documented and undeniable. Enablers and apologists, not to mention greedy parents willing to cash in their kids’ chances at a healthy childhood for fees and residuals, point to the prominent child stars (Shirley Temple, Brooke Shields) who did not grow up miserable, dysfunctional, and lost, but that is like arguing that child abuse is tolerable because some victims recover from its wounds.

The evidence of child stardom’s destructive effects is ever-present, so much so that the public has become inured to it, and hardly notices. Incidents and quotes exposing Justin Bieber’s gradual evolution into a narcissistic jerk have been regular features of the tabloid news, as have weekly hints that former Disney star Miley Cyrus is heading off the rails. Her infamous fellow alumna from the Mouse Factory, Lindsay Lohan, continues to cement her credentials as the poster girl for child stars gone bad, and just yesterday, former Nickelodeon comic Amanda Bynes was ordered to undergo psychiatric examination following the latest in a year’s worth of weird conduct.

Over at Cracked, a former child star who managed to escape the Biz with her sanity, values and reputation intact weighed in with an unusually sensitive (for Cracked) essay entitled, “7 Reasons Child Stars Go Crazy.” The author is Mara Wilson, now virtually forgotten despite the fact that she is barely in her thirties and the Broadway musical adapted from her most popular film, “Matilda,” was a 2013 Tony winner.  Wilson identifies the key factors dooming her less fortunate colleagues as…

7. Their parents won’t help them

6. Their parents can’t help them

5. They get used to love and attention and then lose it.

4. They have been sexually exploited.

I doubt that Paul would take issue with any of Mara’s reasons, especially #4. He helped lead successful efforts to bury the film that horrifically exploited a 12-year-old Dakota Fanning, “Hounddog,” in which her mother allowed her to film graphic scenes of simulated rape with an adult actor. Petersen couldn’t stop the sexualizing of Fanning at an obscenely young age, however, and the same process is now underway with Fanning’s teen-aged sister Elle, a fashion model at 12, and Abigail Breslin, who a blink ago was the tiny star of “Little Miss Sunshine” and who now appears to be about 25 (she is 17).

Wilson ends her essay with this hopeful thought:

“…Movies like “A Series of Unfortunate Events” and, um, “Twilight” have used CGI rather than human babies in some scenes. Some of them looked pretty creepy, but CG technology is improving all the time. Considering all the legal hassle child stars can be, I won’t be surprised when they are phased out by CGI children voiced by adult actors.

We can hope, Mara, we can hope.

31 thoughts on “Should Child Actors Be Banned?”