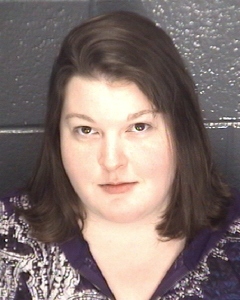 Coast: How much compassion does she deserve?

Commenting on the case of Elizabeth Paige Coast, a Virginia woman who finally came forward last year to confess that in 2008 she had falsely accused Johnathan C. Montgomery, a former neighbor, of raping her in 2000 when she was 10 years old and he was 14, advice columnist and blogger Amy Alkorn proposes this sentencing formula:

“I feel strongly that those who falsely accuse someone of rape should spend the amount of time incarcerated that the person they falsely accused would have.”

Coast’s victim was convicted of rape and  spent four years in jail as a result of her lies. As for Coast, she was recently sentenced by Hampton Circuit Court Judge Bonnie L. Jones to only two months in jail, plus being required to pay Montgomery $90,000 in restitution for de-railing his life. The judge suspended the rest of a five-year sentence, and is allowing Coast to serve the remainder on weekends so not to unduly disrupt her life.

Coast’s lawyer had argued any jailing would send the wrong message to others who lie about false rapes. The prosecutor, agreeing with Alkon, asked for a 10-year sentence with six years suspended so she would serve the same length of time as Montgomery. It seems the judge agreed with the defense more than Alkon. I think Alkon is closer to the mark, but if we make the punishment for recanting rape accusers too severe, it is probably going to mean that some in Coast’s position will choose to let their victim rot and just live with a guilty conscience.

Alkon’s formula certainly would be ideal in the case of the false accuser of the Duke lacrosse team, Crystal Gale Mangum. She wasn’t charged at all, in part because a George Zimmerman-like narrative had developed around the accused (white) Duke players, and many in the community regarded Mangum as a victim of racism, which was one reason the prosecution of the players got as far as it did. Cowardly authorities just dropped the charges, and let Mangum go on to her next victim. Tawana Brawley was never tried, for similar reasons. Alkon’s  approach would also seem to be appropriate for Wanetta Gibson, the awful woman who sent innocent high school football star Brian Banks to prison for five years for a rape he didn’t commit, collected $750,000 by continuing her lie in a lawsuit against the high school where she and Banks were both students, and sought forgiveness from him in prison while refusing to exonerate him to prosecutors because she didn’t want to give back the money. She is also unpunished, because prosecutors felt it would “send the wrong message.”

Perhaps that message can be too harsh, however. Would it be appropriate, for example, in the case of Chaneya Kelly, whose mother forced her to testify that her father raped her when she was 9? Before you say “of course not,” note that she is now 24, and only this year has her recanting of her accusation beginning the process of freeing her father, who had been sent to prison on a 20-40 year sentence. That is only because, however, prosecutors rejected her first attempt to recant, six months after he was imprisoned, when she was 10.

It is clear, I think, that the false accuser’s age when the accusation was first made, the factor of compulsion by threats or the commands of adults with power over the accuser, and the time between the accusation and the admission of perjury should be mitigating factors in charging and sentencing. Prosecutorial misconduct should also be a mitigating factor, as in this terrible case, where the accuser almost immediately admitted her lie, and prosecutors went after the falsely accused anyway. Obviously, recanting voluntarily should reduce the punishment, but the amount of time the victim remains in prison while she screws up her courage should count against her, as with Cassandra Kennedy, who waited 9 years after sending her father to jail and her 23rd birthday to finally conclude that “It’s not OK to sit and be locked in this horrible place for something you didn’t do. It’s just not right!”

As is usually the case with mandatory sentencing formulas, Amy Alkon’s will sometimes be unjustly severe, and other times not be nearly harsh enough. (I think justice requires that Wanetta Gibson, for example, be sentenced to prison for 25 to life.) False rape accusations come in too many varieties with too many material factors; for example, should a daughter accusing her father of rape be punished more severely than when the victim of the false accusation is a non-family member, or a stranger?  How should punishment allow for the vagueries of  moral luck: a false accusation that prosecutor refuse to prosecute is just as wrong as one that a prosecutor runs with. Should an attempt to send someone to jail for a rape he didn’t commit be punished as harshly as one that works? I think that would be a justifiable formula. It certainly sends the right message, which is this:

Intentionally making a false accusation that someone raped you is, short of murder, one of the cruelest and most wrongful acts someone can inflict on another. It is a terrible crime. The woman who does it will be prosecuted for a crime, no matter when and how her lie is discovered, and the punishment will reflect the seriousness of that crime, as well as the intended harm and actual harm to the victim.

By this standard, I’m with Alkon. Elizabeth Page Coast got off easy.