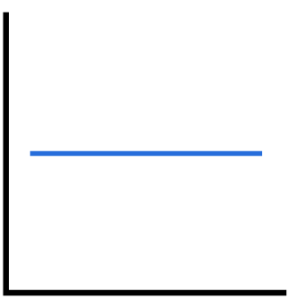 The  updated graph of President Obama’s learning curve regarding the Presidential practice of gratuitous commentary on the jobs, businesses, and duties of others. Oddly, it looks exactly like the last such graph, and the graph before that…

In the long list of example of President Obama interfering with private decisions, court cases and local matters that the occupant of highest office in the land has an obligation not to meddle in, his comments on the Washington Redskins are among the least annoying. It was a wishy-washy statement, all in all, that he gave to the AP:

“If I were the owner of the team and I knew that there was a name of my team — even if it had a storied history — that was offending a sizable group of people, I’d think about changing it.”

Does anyone doubt that owner of the Washington Redskins, Dan Snyder, hasn’t thought about it? On its face, the statement is petty, but of course, as the President resolutely refuses to learn, everything the President of the United States says, scripted or non-, regarding national policy or local matters, be they about red lines or how victims of gun violence look like his son, the President’s comments are seized upon, blown out of proportion, spun, used as weapons, provocations and ammunition, and generally warp public policy discourse, public opinion and personal and local decision-making.

This is why most Presidents avoid shooting off the Presidential yap about local, commercial and private matters, and those who mistakenly blurt out opinions on inappropriate topics for Presidential commentary learn their lesson and don’t do it again. Not this President. He is incapable of learning this basic rule that all of his predecessors have mastered with ease.  He can’t help himself. So now it isn’t enough that Dan Snyder is dealing with an over-hyped team with a young savior at quarterback who can’t quite deliver on all the high expectations; now, thanks to Obama, he has to deal with accusatory questions beginning with, “Now that the President has said that you should change the name….“

“As the first sitting president to speak out against the Washington team name, President Obama’s comments today are historic,” predictably reacted Ray Halbritter, a representative for the Oneida Indian Nation, which has launched a “Change the Mascot” campaign against the team. “The use of such an offensive term has negative consequences for the Native American community when it comes to issues of self-identity and imagery.” It’s historic all right: Obama is the first President in history who lacks such respect for the judiciary, law enforcement, private business, personal choice, and the proper limitations of his office. I’m not going to rehash this endless examples of the political correctness bullying on the Redskins issue yet again….if you want to read my opinion and analysis, read here, or here, or here.

I’m thoroughly sick of Redskins name controversy, frankly, which is exactly what political correctness fanatics and speech bullies count on. In the end, they care so much more about these matters than any rational individual that eventually the sane who have lives and know that there are better ways to spend one’s time than arguing with fools just give up and say, “Fine! We’ll give up and name the team something bland like “the Americans” or “the Home Team” or…well, why don’t you just dictate what the name is, as long as you promise to shut up, for the love of all that’s holy!” That’s how political correctness always wins…that’s why we can’t say “Merry Christmas” or have our kids learn “Adeste Fideles” in school. Fanatics and bullies get their way—especially when the President of the United States is always ready to give them a boost.

If you want to read almost a parody of the anti-Redskins mantra, read Dana Milbank’s lazy, cliche-ridden column here…inspired, naturally, by the President’s kibitzing. Comparing the Redskins nickname to “The New York Niggers” is so hackneyed and intellectually embarrassing that one wonders if Milbank gave any thought to what he wrote at all. People don’t name teams they love after groups they denigrate, you twit—any eleven-year-old knows that. What remains so infuriating about this debate—sick, sick, sick of it!—is that the Redskins-haters keep making arguments that have been thoroughly debunked and disproven over and over again, and they just don’t care. They will bend the team, its owner and its fans to its will, or we will get no peace.

In Milbank’s article, he quotes Lanny Davis, Bill Clinton’s former rationalizer during the Monica storms, now employed by Snyder, who has apparently been hired to disperse the latest round of criticism stirred up with the help of POTUS. More of Davis’s comments are quoted by blogger Erika Johnson: I particularly like Davis saying that “President Obama has better things to worry about…” — Ya think??? She also adds this:

“…if President Obama would care to offer more presidential opinions about the welfare of Native Americans, he might begin by doing more than just paying some annual lip service to the top-down government control that keeps too many Indian reservations in perpetual states of third-world-like poverty.”

Touché! And this nicely points out what is the matter with this President’s constant presumption. He has his own job to do, and there is much that isn’t being done. It is irresponsible, not to mention arrogant and unfair, for him to use his position and power to make the tasks of other Americans—in their jobs, their personal lives, their professional duties—more difficult by using the bully pulpit to snipe from the sidelines.

That wasn’t what Teddy Roosevelt mean by “bully,’ you know. I wonder if President Obama does.

31 thoughts on “The President And The Redskins: Learning Curve Flat As Ever”