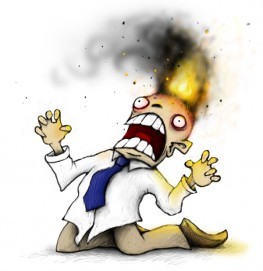 From an exclusive in the New York Daily News:

“In one of its final acts, the Bloomberg administration pushed through a costly contract to modernize the city’s 311 call system — hiring the same company fired by the feds for the botched rollout of the Obamacare website. The city’s Department of Information Technology and Telecommunications, known as DoITT, awarded the contract to the Montreal-based company CGI on Dec. 31, hours before Bill de Blasio was sworn in as mayor.”

This isn’t even an incompetent U.S. company. It’s based in Montreal.

We need not dwell on this, need we? (I really can’t, because my endurance is limited when I’m missing the top of my head.) There can be no acceptable justification for such irresponsible conduct. The only explanations are…

Or some obscene combination.

25 thoughts on “KABOOM! Bloomberg: “Well, I Hear These Guys Do A Good Job, So Let’s Give The Contract To Them!””