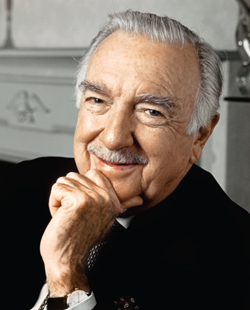 THINK, Jack—if the best of the breed was a biased dimwit, why do you still want to trust these people?

I am grateful for the Chicago Tribune website readers who have followed blogger Eric Zorn’s link to the Ethics Alarms Noah post, but is it too much to expect a major newspaper’s  columnist to read and comprehend the plain meaning of a post before criticizing it? Zorn, who authors the Trib’s Change of Subject blog, was cheering on Bill Maher’s atheistic take on God, the Bible and the Noah story, and then quoted me, writing…

I found this refutation of Maher particularly unconvincing and circular:

“God makes the rules, he is literally incapable of being immoral; it is a contradiction in terms. If God kills, it is by definition right and good, because God himself defines right and good. Does Bill really not get this? … If you don’t believe that God “works in mysterious ways” and that everything he does in the Old Testament is justifiable as part of some greater plan, Maher is indisputably right. God is a mass murderer.”

How more wrong could Zorn be?

1. I wasn’t refuting Maher, but defending his anti-God statement as completely accurate from his narrow and biased point of view, which includes a basic misunderstanding of what morality is and what it means to believe in an infallible deity.

2. Zorn, like Maher, also doesn’t comprehend the concept of morality. Morality consists of conduct values imposed on others by an authority with the power to enforce them. God is the ultimate example of a moral authoritarian. I repeat, if you believe in God, you accept that “God himself defines right and good.”  To answer my question, no, Bill apparently doesn’t get this. Neither does Zorn. And people who don’t know what morality is should probably not be writing about it in newspapers and blogs, or making assertions about it on HBO.

3. Well, yes, Eric, that reasoning IS circular, but I wasn’t making the circular argument, I was explaining the logic that is the basis for religious faith. No religion can survive with the concept of a fallible God, a deity that screws up, makes mistakes and does evil things. A universe overseen by such an unpredictable force is by definition chaotic, and faithful Christians, Muslims, Jews and others would be in despair. Thus the position of all such religions is that when such a deity seems cruel and, in Bill’s charming description, “a dick,” it is because we poor mortals who are to Him as the mindless ants crawling beneath our feet are to us, and thus we cannot possibly understand his plan, and certainly have neither the intellect nor the moral standing to judge it. That’s right, Eric, it’s an air-tight construct, which is why religions still have followers. Such a belief, which is circular, repels all counter-arguments, common sense and logic. Criticizing the foundation of religious faith as circular is accurate, but useless as well as naive.

4. My point, which was clearer than most of my points, is that Maher cannot make his “dick” argument in a religious context, for the reasons just cited. Thus he is saying that religious people are worshiping a mad killer, which is a diagnosis of God’s conduct only non-religious individual could make. Similarly, and this is why I did not “refute” Maher, it is absurd for the faithful to attack Maher for seeing the Bible the way he does, because if you don’t believe God is infallible, you must conclude that he is violent, unjust, arbitrary and unjust maniac.

5. Zorn quoted me out of context, making it appear as if I was attacking Maher as a blasphemer and infidel. Either he was just sent that one quote by someone, in which case he is lazy, or he didn’t read the whole post, in which case he is irresponsible, or he read it but misunderstood, meaning that he has comprehension problems. As anyone who has visited here with any regularity knows, I am exactly as religious as Bill Maher. I’m just not hateful and and disrespectful toward all religious Americans, like he is.

You know, it is amazing to me that after all these years, my reflex approach is still to believe that any journalist, reporter and broadcaster actually is careful, informed, educated and intelligent, when in fact the majority of them are careless, biased, under-educated, over-opinionated and not especially bright. In 2004, talking about Osama bin Laden, Walter Cronkite, the unimpeachable standard for wisdom, objectivity and truth in journalism when I was growing up, told Larry King, “I’m a little inclined to think that Karl Rove, the political manager at the White House, who is a very clever man, that he probably set up bin Laden to this thing.” Oh, fine. A Truther. Walter was a fraud and a dolt too. Yet I am still surprised and disappointed when I encounter anyone working for a respected news organization who demonstrates poor comprehension of language and inadequate analytical abilities.

16 thoughts on “All Right, I Can’t Let This Pass: Reading Comprehension At The Chicago Tribune, Or Why Do We Rely On People Like This?”