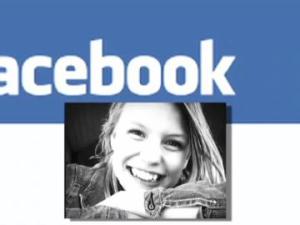 It can a bit late to the party, in my view, but the ACLU just delivered a crucial blow to Big Brotherism in the schools. Addressing an issue that Ethics Alarms flagged in 2011, Minnewaska Area Schools (in Minnesota) agreed to pay $70,000 in damages to Riley Stratton, a 15-year-old high school student,

for violating her rights. It also agreed, as part of the federal court settlement, to rewrite its policies to limit how far a school can intrude on the privacy of students by examining e-mails and social media accounts created off school grounds.

In 2012, the ACLU Minnesota Chapter filed a lawsuit against the Minnewaska School District after it suspended Stratton for a Facebook post, written and published outside of school, in her home, in which she expressed hatred for a school hall monitor who she said was “mean.”  After the suspension, Stratton used Facebook to inquire which of her “friends” had blown a whistle on her. School officials brought the young teen into a room with a local sheriff and forced her to surrender her Facebook password. Officials used it to searched her page on the spot; her parents were not consulted.

“A lot of schools, like the folks at Minnewaska, think that just because it’s easier to know what kids are saying off campus through social media somehow means the rules have changed, and you can punish them for what they say off campus,” Minnesota ACLU attorney Wallace Hilke said. “They punished her for doing exactly what kids have done for 100 years — complaining to her friends about teachers and administrators. She wasn’t spreading lies or inciting them to engage in bad behavior, she was just expressing her personal feelings.”

Not that it was any of the school’s business if she was spreading lies or inciting others to bad behavior. This phenomenon, where schools decide that they have a right to punish students for non-school activity, words and thoughts  was discussed on Ethics Alarms, and condemned as unethical, here, here, here, and here, and more recently here.

Minnewaska Superintendent Greg Schmidt protested (the school settled without admitting any wrongdoing) that the school only wants to make sure kids understand that actions outside of school can be “detrimental.” “The school’s intent wasn’t to be mean or bully this student, but to really remedy someone getting off track a little,” Schmidt said. Not your job, you officious, censorious, child abuser. This is the sole realm of parental authority. I have seen enough wretched judgement from your breed, Mr. Schmidt—like (I’m picking examples randomly) here, here, here, here and here—to convince me and anyone with a cerebral cortex that school administrators lack the training, wisdom and judgment to know what “going of track a little” is for a 13-year old.

Stay out of my kids’ life and my family’s life. You have enough trouble running schools properly…work on that.