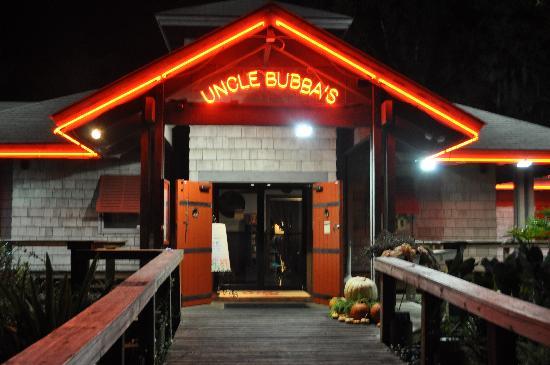 Like breaking up via text message and telling your spouse you want a divorce in an e-mail, here’s a crummy use of technology that we should hope doesn’t catch on.

Uncle Bubba’s Seafood & Oyster House, a restaurant owned by Paula Deen and her younger brother, Earl W. “Bubba” Hiers Jr., told all of its employees that the place was going out of business on its Facebook page, and that was all. The message:

“Since its opening in 2004, Uncle Bubba’s Oyster House has been a destination for residents and tourists in Savannah, offering the region’s freshest seafood and oysters. However, the restaurant’s owner and operator, Bubba Heirs, has made the decision to close the restaurant in order to explore development options for the waterfront property on which the restaurant is located. At this point, no specific plans have been announced and a range of uses are under consideration in order realize the highest and best use for the property.The closing is effective today, Thursday, April 3, 2014. Employees will be provided with severance based on position and tenure with the restaurant. All effort will be made to find employees comparable employment with other Savannah restaurant organizations.”

Cruel, rude, impersonal, cowardly. Also callous, lazy and inefficient: how many employees were told by third parties about the announcement?

Well, at least Paula’s not a racist. I wonder if the Food Network fired Paula via Facebook? I’m pretty sure it didn’t.