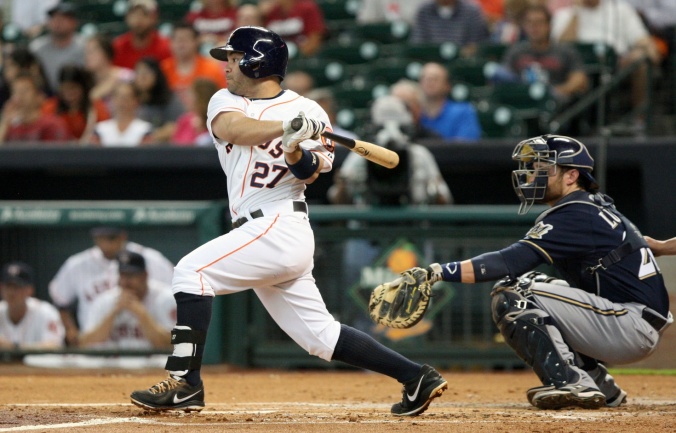 There was another baseball Ethics Hero who emerged on the last day of the regular season yesterday. File it under “Sportsmanship.”

Houston Astros secondbaseman  Jose Altuve (at less than 5′ 5″, the shortest athlete in a major professional sport) began the day hitting .340, three points ahead of the Tigers’ Victor Martinez, who was at .337. Even with all the new stats and metrics showing that batting average alone is not the best measure of a baseball player’s offensive value, a league batting championship remains the most prestigious of individual titles, putting a player in the record books with the likes of Ty Cobb, Ted Williams, Rogers Hornsby, George Brett, Ichiro Suzuki and Tony Gwynn. It’s still a big deal. If Altuve didn’t play in Houston’s meaningless last game, Martinez would have to go 3-for-3 to pass him, giving the DH a narrow .3407 average compared with Altuve’s .3399. By playing, Altuve would risk lowering his average, providing Martinez with a better chance of passing him.

Many players in the past have sat out their final game or games to “back in” to the batting championship, rather than give the fans a chance to watch a head to head battle injecting some much-needed drama to the expiring season. ESPN blogger David Schoenfield recounts some of those episodes here.

Altuve, however, gave Martinez his shot. He played the whole game, had two hits in his four at-bats, and won the American League batting title the right way—on the field, not on the bench.  (Martinez was hitless in three at bats.)

The conduct, simple as it was, embodied fairness, integrity, courage, respect for an opponent, and most of all, respect for the game.