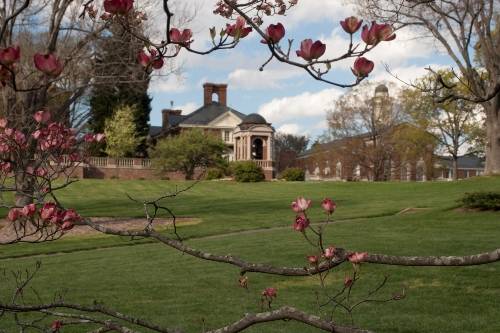 Ethics Alarms has been graced with a wave of new commenters, prompted by this post and its predecessor, “The Sweet Briar Betrayal.” The issue is the ethics of a college board surrendering to adversity without a fight, with millions in the bank, a beautiful campus, and an important mission, and doing so before fully informing and involving the larger college community, especially alumnae. I opined that the board had an ethical duty to both  mission and the school itself not to euthanize Sweet Briar College prematurely, at very least, not before a last ditch capital fundraising campaign.

Thousands of readers seemed to agree, and my posts on the looming Sweet Brier closing have become part of the effort to promote and coordinating a growing movement by concerned alumnae and others to reverse the board’s decision. A few, in contrast, accused me of being unfair to the board, arguing that it has taken an unpopular but responsible course, and was courageous to do so. SBCFan2000, a new  commenter who arrived in the crowd of Sweet Briar supporters, reinforces my assumptions in this revealing Comment of the Day:

The Sweet Briar College Board of Directors blindsided its stakeholders – its alumnae, their spouses, families, all with an intense, passionate interest in the prosperity of their college – with their abrupt announcement of our beloved Sweet Briar’s closing. This is a premature decision we are fiercely fighting and intend to reverse. President Jo Ellen Parker left in August of 2014 with a press statement saying Sweet Briar is in great hands and has a bright future (http://sbc.edu/news/uncategorized/letter-community-jo-ellen-parker/). We believe her exact words were that Sweet Briar is poised to “flourish.” That statement is just 6 months before the Sweet Briar college Board decided they need to close the college. What happened in just 6 months? Or was something happening long before then which the Board and President deliberately chose to not communicate to its stakeholders?

For years, dedicated alumnae who make meaningful contributions annually, heard in closed door meetings how great the college is; how record amounts are being fundraised; and that we should pat ourselves on the back for being so supportive. I know because I sat in those meetings, and heard such praise first hand, sitting only but a table away from the podium from which President Jo Ellen Parker was speaking. While perhaps a hint about “today there are changes in education” was dropped here or there, nobody said the house was on fire. No one even said the house “may” catch fire! While the Board argues that had they said such things, students would flee and it would have only accelerated any decline, colleges and universities governed by Boards and Presidents with vision and strength, frequently embark on fund raising campaigns years ahead of time to raise funds their institutions need. Why did the Sweet Briar Board of Directors and President, not engage in a focused campaign?

The Board also stated on an alumnae call that “they turned over every stone.” That “admissions are significantly down” because “when you are 30 minutes away from a Starbucks” young people don’t want to be near you.

Sweet Briar did not have a Director of Admissions for 2+ years. Is it a coincidence that enrollment dropped? The question must be asked: Why didn’t President Jo Ellen Parker hire a new Director of Admissions? And why did the Sweet Briar College Board of Directors allow that? Or, Board, please answer to your alumnae, do you need to concede you were asleep at the switch? Moreover, one cannot know what connections and resources thousands of passionate alumnae have and can bring to the table, if someone just asked for help because of a significant need. As Anne Wilson Schaef is noted for saying “Asking for help does not mean that we are weak or incompetent. It usually indicates an advanced level of honesty and intelligence.”

Tens of thousands of alumnae, their spouses, their families, their personal and professional networks, can help, could have helped, and are now stepping in to clean up and to help. As dedicated, committed alumnae, we shall step in and act because the Board of Directors, our previous President Jo Ellen Parker, and our current Interim President James F. Jones who came full of controversy from his Trinity College past, all failed us in Governance, Leadership, and Creativity. Its alumnae with a vision for a future will correct that. We ask everyone with an interest to join us at http://www.savingsweetbriar.com; #SaveSweetBriar or contact us behind the scenes through our website, if confidence and discretion is requested.

One simply does not shut down a college with 3,250 acres and 25+ buildings, many of them historic. We will investigate until truly all stones have been unturned to ensure there are no ulterior motives in play. Such as, for example, a large hotel developer seeking to turn our esteemed women’s institution of higher learning into a resort; or an esteemed public personality in Government who would love to, after closing, come in and “Save the day” and “Save the jobs” in the community by turning it into The “[Name of Person] International Center for this or that purpose” etc. Even if that was the possible intent, with 3,250 acres, there is enough room for Sweet Briar College to lease part of its land for such a purpose and for such “resort” or “esteemed international center” to gain from the stellar academia and bright minds that would surround it in such a bucolic setting nestled amidst the Blue Ridge Mountains of Virginia.

For anyone that believes women’s higher education is on the decline, I refer you to a most excellent opinion piece by Patricia McGuire, President of Trinity Washington University which she penned this March 10, 2015. You can see her piece here http://www.huffingtonpost.com/patricia-mcguire/. For another excellent piece by another college President on the matter, we also refer you to President Michael A. Miller of Northland College and his opinion as to why liberal education at small colleges can not only exist, but truly thrive, even when a Starbucks is not nearby: http://www.duluthnewstribune.com/opinion/3696310-college-presidents-view-reinventing-liberal-arts-business-model-—-sans-starbucks.

14 thoughts on “Comment of the Day: “Why The Sweet Briar College Fight Matters””