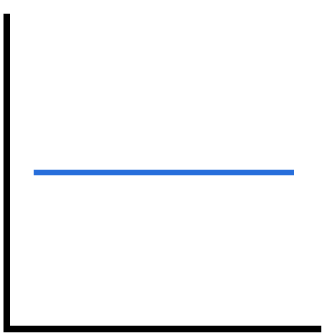 In the midst of yet another flashing neon display proving beyond all reasonable doubt that Barack Obama has the worst grasp of the Presidential leadership of any POTUS in over a century, a cheerful CNN/ORC poll found that 50% of those polled assert that Obama tenure has been a success, and 53% believe that things are peachy in the United States. It is beyond comprehension.

Sure, what is there to criticize? The Congressional Budget office says that that the debt, which the President once said was a top existential priority, is edging toward a disastrous level. Health care costs, which were already untenable, have continued to rise (though the rate of increase has dropped don’t you know, so that’s some thing. This is like getting the good news that Mom’s cancer is spreading, but not as fast as it was, but the media has managed to hypnotize the public into cheering. The evidence that the government is being managed like a lemonade stand is everywhere (actually a majority of Americans—not the number that would speak well for the nation’s consciousness, like, say, 100%, but a majority—believe that Obama can’t effectively manage the government. Ya think? Let’s see: the IRS is apparently a rogue organization and incompetent, having just rehired the clown act that rolled out the healthcare.gov website. The State Department doesn’t hold its employees—like, say, the head of it—to its own policies; the EPA is, according to the most prominent liberal Constitutional scholar in the country, trampling on that document; the VA is still a mess and killing veterans; the Secret Service is having DUI episodes at the White House; nobody has assigned accountability for the Justice Department allowing illegal guns to fall into the hands of Mexican drug lords; the Supreme Court has the heart of the Affordable care Act beating in its hands as it faced with dealing with a law that contradicts itself because those who passed it and signed it skimmed it like it was a Reader’s Digest article if they read it at all; HHS proved itself completely inept in rolling out the law; the CIA’s ex-chief just barely escaped jail, where he belongs, after giving classified information to his mistress; the NSA has a contractor whose access to secrets was vast and inexplicable residing in Russia, with those secrets, and its management has lied to Congress while spying on our allies, listening in on conversations between lawyers and the their clients while generally running amuck, and badly at that. There’s more, but it’s early and I’m queasy. Usually when the President is informed of one of these never-ending fiascoes his response is that he learned of it from watching the news.

Meanwhile, hordes of illegal immigrants are to be treated as legal by unconstitutional Presidential fiat, paving the way for future Presidents to act like dictators too. This was necessary, Obama informed us, because Congress didn’t do as he demanded; of course, other Presidents have been willing and able to court, nudge, persuade, negotiate, horse trade and <gasp!> compromise with the supposedly co-equal legislative branch, but Obama can’t and won’t, so he found another way, known as “ignoring precedent, best practices and the Constitution.” Civil libertarians protest that the administration has chilled freedom of the press by harassing the few journalists with the integrity to criticize it; the White House, which was supposed to be, according to the Ghost of Obama Past, the most transparent yet, just declared that it would no longer honor FOIA requests, not that they have anything to hide, of course. Guantanamo is still holding prisoners in limbo, but, hey the President says he should have done something about it six years ago, and that’s almost as good, apparently, as doing it. The unemployment figure are looking up after the slowest recovery from a recession in U.S. history, not that the administration in charge during that crawl can be criticized for it, just praised because the slump didn’t go on forever, are hiding the biggest exodus from the work force on record. Colleges are graduating ignorant and illiterate students at obscene prices; student loan obligations risk another economic meltdown. On one end, public education continues to decline, on the other, med schools aren’t graduating enough doctors to fill projected public needs, and the law schools are seeing the number of law students decrease even as the need for lawyer increases.

Race relations in the U.S., meanwhile, have worsened spectacularly during the Obama administration, with racial trust at a 50 year low. Now, every time an unarmed  back citizen is shot by a police officer, there’s an automatic protest on the presumption of racism, regardless of the facts of the incident. Hey, this guy is great!

In compensation, to be fair, Libya, where the U.S. intervened and kept bombing past the law-imposed limit because Obama said dropping exploding things on a foreign country didn’t qualify as hostilities, is falling apart. Carnage reigns in Syria, where rebels assumed that Obama would support their uprising against a brutal tyrant because he had done so in Libya—tardily and fecklessly, but that’s the genius of “leading from behind”—and proved fatally mistaken. The Ukraine is being invaded by Russia in increments; North Korea intimidated a U.S. corporation for its choice of entertainment vehicles without suffering for it.  Obama pulled out of Iraq as stability was within reach, allowing it to become a breeding ground for ISIS. U.S. reticence to oppose terrorism saw the White House snub a rare kumbaya moment in Paris after the Charlie Hebdo attack, and a response to Boko Haram in Nigeria that consisted of the First Lady making a frowny face on Twitter. Iran will soon agree not to pursue nuclear weapons and will continue to pursue nuclear weapons, moving the world closer to Armageddon.

The United States is poorer, more dysfunctional, more divided, more in debt, less employed, weaker, less respected, less democratic, less free, less trusted, less safe, and more cynical. Who are these 50%? Last night I was talking about the Hillary e-mail scandal, and an intelligent woman that I have known for decades said, “You’re just saying that because you’re a Republican,” and I lost it.

“Really? Really?” I said. “Is that the way the world is supposed to work in your view? Democrats just automatically rubber stamp as great whatever a Democrat does, no matter how objectively wrong it is, and dismiss all legitimate criticism as illegitimate partisanship? What the hell is the matter with you? You used to have a brain!”

If this is how the Democrats in the country now reason, then that accounts for the 50%. So does the 50% of the public that is below average intelligence, or alternatively, the 47% that Mitt Romney correctly identified as those Americans whose definition of “It’s dandy in America!” is “My check from the government came!”

Benjamin Netanyahu, the leader of the U.S.’s most critical and closest Middle East ally, won a close election to stay in power but President Obama is refusing to congratulate him as tradition, protocol and basic manners dictate because he is really, really ticked off, and so there.

This goes beyond poor  leadership to infantile,  unprofessional, and pathetic leadership malpractice. To professionals–competent, rational ones—it’s never personal. Even when it’s personal, it’s not personal. Your job is to work with the people you have to work with. Snits, tantrums, snubs and holding your breath until you turn blue just impede  getting the job done, and make a leader look weak and irrational. The other world leaders, even those who preside over anti-Semitic populations, followed protocol and sent personal congratulations to Bibi, because they have at least a rudimentary comprehension of diplomacy and leadership, and also have an emotional maturity above the age of seven. Even officials in his own party are gently trying to nudge the President toward adulthood. From The Hill:

Rep. Eliot Engel (N.Y.), the ranking Democrat on the House Foreign Affairs Committee, said, “My observation is that their disagreements are on policy as well as perhaps personality, and I would hope that both men would reach out to each other and work through it. … The U.S.-Israel relationship is more important than the relationship between any two individuals.”

“Now that the election is over, continuing to mend tensions in the U.S.-Israel relationship needs to be a priority for everyone, regardless of political affiliation,” said Sen. Dianne Feinstein (D-Calif.), the top Democrat on the Intelligence Committee.

Good luck with that, Democrats. Why should Obama listen to you? The country thinks he’s doing a great job!