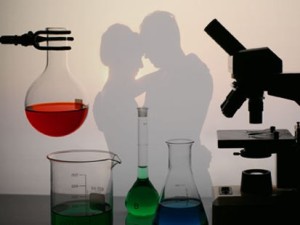 This happens all the time to Tim Hunt, and he just hates it…

I confess that I initially took little notice of the Tim Hunt episode because I thought it turned out right, and that few would disagree. I think the ethics issues are obvious and unambiguous. Apparently not, as some commentators argue that he was dismissed for “political correctness.”

Prof. Hunt, who is 72, and this is a major factor in his downfall, is a renowned biochemist who was awarded the Nobel Prize in Physiology or Medicine in 2001 for his work on cell division.  He was also knighted in 2006. He was addressing an audience  at the World Conference of Science Journalists in South Korea this month, and for some reason was inspired to say this:

This was, as the professor would have known if he were n0t 72 and unaccustomed to the ways of social media, immediately tweeted around the world, making him the target of scientists, educators, students, feminists and almost everyone else but Rush Limbaugh. Horrified and still clueless, Hunt went on the radio to “clarify,”  saying that his remarks were “intended as a light-hearted, ironic comment.” This is known as the futile “It’s just a joke!” excuse here at Ethics Alarms, but knights don’t read Ethics Alarms.

He said that he stood by the substance of his remarks, but didn’t expect them to be taken as denigration of women:

“I did mean the part about having trouble with girls. It is true that …I have fallen in love with people in the lab and people in the lab have fallen in love with me and it’s very disruptive to the science because it’s terribly important that in a lab people are on a level playing field. I found that these emotional entanglements made life very difficult…It’s terribly important that you can criticize people’s ideas without criticizing them and if they burst into tears, it means that you tend to hold back from getting at the absolute truth. Science is about nothing but getting at the truth and anything that gets in the way of that diminishes, in my experience, the science.”

He meant every word is what this conveys. Then Sir Tim offered a classic #9 on the Apology Scale, ( “Deceitful apologies, in which the wording of the apology is crafted to appear apologetic when it is not”)

“I’m really, really sorry I caused any offense, that’s awful. I certainly didn’t mean that. I just meant to be honest, actually.”

The firestorm over his comments did not subside; just because you are a genius doesn’t mean you are smart enough to come in out of the rain. Pressured  by University College London where he was on the faculty, Hunt resigned. The school said in a statement that U.C.L. was the first university in England to admit women students on equal terms to men, and “the university believes that this outcome is compatible with our commitment to gender equality.”

Well, they are right, and Hunt was right to resign. There is no possible way any female student—or research colleague for that matter—should or can believe that he isn’t biased against them as women in ways that would affect his judgment and treatment of them. Hunt’s situation is no different from that of Boston University assistant professor Saida Grundy, who inexplicably still has a job after announcing her condemnation of white males, except that

1. his comments were less mean-spirited than hers,

2. she is a black woman and he is an elderly white male, and

3. she is still employed, presumable because its OK to be biased against white male college students in U.S. colleges.

Of Grundy, I concluded:

“Announced racists and sexists cannot be teachers, because they cannot be trusted to be fair to the students belonging to the groups they have expressed contempt and animus towards. Such attitudes, and the words are merely evidence of those attitudes, are antithetical to a liberal education. Racist African Americans, whether they are academics like Grundy, activists like Al Sharpton, or pundits like Melissa Harris Perry, help embed racism further into the culture, validate it, and invite more of it. The same is true of sexists: Grundy is both.”

Hunt, as far as we know, is only one. One is enough. He’s an untrustworthy professor, and the criticism of his remarks were justified and true.

65 thoughts on “Women And Education, Part One: The Professor Hunt Affair”