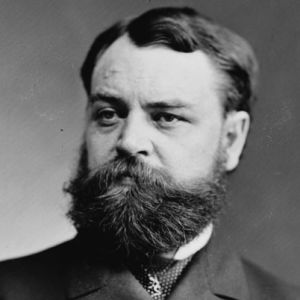 Robert Todd Lincoln would have refused this gig…

All right, I know this is the lowest of low-hanging fruit, but come on.

The University of Missouri at Kansas City just opened a Women’s Hall of Fame and sought an appropriate female leader to speak at the gala luncheon launching it. It not only chose a non-leader, non-accomplished, non-much of anything except lucky rich kid Chelsea Clinton, but also paid $65,000 for her to speak (she’s also a non-professional speaker) for only ten minutes, and then to answer questions—which carefully crafted limitations on the questions—for another 2o minutes.  The money goes to the Clinton Foundation, which makes no difference to the ethics of the transaction, which are revolting in many ways:

1. $65,000 for a ten minute speech—that rate is about 11 thousand bucks a minute— is outrageous unless the speaker is Abe Lincoln. It is virtually impossible to say anything in ten minutes that is especially valuable, and unlikely to the vanishing point that Chelsea Clinton is one of the rare people who could accomplish it.

2. Any college or university that cannot find a better legitimate educational use of $65,000 than this is too inept to stay open.

3. The school says that Clinton’s fee was funded by private donors, meaning that $65,000 worth of donations that could have gone to, say, scholarships were diverted into the Clinton Campaign and Influence Peddling Slush Fund.

4. This is an insult to the women who the Hall of Fame supposedly honors. Clinton would be an appropriate speaker at the opening of the Mediocre Sons and Daughters of Famous People Who Get Hired Because Of Their Last Names and The Identities Of Their Parents Hall Of Fame, though George W. Bush would be a much better choice, and probably cheaper, too.

5. From Jonathan Turley:  “The University of Missouri reduced the history of female struggle to a cheap photo op with the daughter of a famous couple. They might as well have gone with a Kardashian and left it at that.”

6. Turley again: “Universities are supposed to be places of substance and intellectual honesty. While UMKC is not the first to take celebrity appeal over substance, this is not some Friday night concert or sports celebration. This is supposed to be a new university component honoring women who struggled and made real contributions to this world. UMKC reduced that moment to a ten-minute celebrity photo op. “

There have been some well-positioned offspring who refused to cash in on these kinds of bias-based benefits…the ones with self-respect and integrity. Robert Todd Lincoln fought hard his whole life to avoid any honors or advantages that he suspected sprung from admiration of his father. Mariska Hargitay intentionally avoided taking advantage of her mother’s fame. Stephen King’s son sent his first novel to publishers under a pen name. Chelsea’s willingness to sponge off her parents’ power and influence marks her as exactly the opposite of the kinds of women the new Hall is supposed to honor.