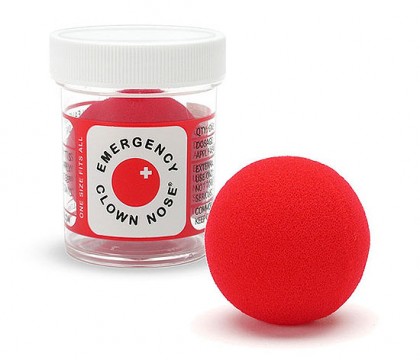 Politico has confirmed that on two occasions, Comedy Central’s Now I’m a comic-Now I’m a pundit-Now I’m a journalist Jon Stewart secretly went to the White House to meet with President Obama:

Jon Stewart slipped unnoticed into the White House in the midst of the October 2011 budget fight, summoned to an Oval Office coffee with President Barack Obama that he jokingly told his escort felt like being called into the principal’s office.In February 2014, Obama again requested Stewart make the trip from Manhattan to the White House, this time for a mid-morning visit hours before the president would go before television cameras to warn Russia that “there will be costs” if it made any further military intervention in Ukraine.

To engage privately with the president in his inner sanctum at two sensitive moments — previously unreported meetings that are listed in the White House visitor logs and confirmed to POLITICO by three former Obama aides — speaks volumes about Stewart and his reach, which goes well beyond the million or so viewers who tune into The Daily Show on most weeknights.

It mean rather more than that. The visits mean that what Stewart and Comedy Central represented to the public as independent commentary on public affairs by a wise, critical and trusted truth-teller was in fact state propaganda, dictated by the President of the United States to a messenger of influence.

Am I surprised? No. I am disappointed. Stewart was obviously biased to an extreme, but he didn’t exactly hide it. He almost exclusively mocked one political party and one set of politicians over the rest, and it was galling to read that so many citizens without ear hair or children regarded such a slanted source as their primary basis for forming their views of the world, but at least Stewart was, we were told, expressing his own comic sensibilities as filtered through his own ideological views. Both he and Comedy Central, and that political party he seemed to instinctively favor, knew that his influence on his audience would be far less powerful if Stewart’s fans believed that he was coordinating his routines with the government, in essence manipulating public opinion to support Obama policy initiatives.

As long as Stewart was truly speaking his mind and nobody else’s, I could respect his talent and even his motives, though I never respected his mutated brand of faux-journalism without accountability or principles, the product of the “clown nose on, clown nose off” act he mastered. Journalists at least are supposed to have a code of ethics. Ethical journalists are supposed to be transparent and reveal their conflicts of interest up front; they are pledged to be factual, to challenge entrenched power, to be on the side of the public at all times, and to investigate and expose clandestine activities that affect the nation, not to be party to them. Comedians do not have any ethical restrictions, but its harder to laugh at the jester when we know he is in league with the king, and not really devoted to mocking him.

Stewart’s secret coordination with the President is, in a word, disgusting, and in a second, third and fourth word, a betrayal of trust, even though those who trusted him are likely to give him a pass, in part because they don’t care about ethics. It’s fascinating to read the excuses pouring out of Stewart fans in the comments to Mediaite’s story about the Obama-Stewart confabs. “What about Fox News?” “You don’t think Rush Limbaugh coordinates with the Republicans?” “What difference could a couple of Daily Show episodes make?”  and more. They are all rationalizations. The fact is that we now know Stweart was just one more cog in the giant propaganda  machine that included Al Sharpton, MSNBC, Media Matters, The New York Times, the network news divisions and others, while he was posing as a clever, critical, open-minded commentator who rejected all the bullshit in the news. He was, in reality, part of that bullshit. That represents massive hypocrisy. There is no way to spin it.

Stewart, of course, was not trained as a journalist, nor as an ethicist, nor as a political scientist. He was a chemistry and a psychology major who has said that he spent his college days playing soccer, copying notes from other students and getting stoned. Before becoming a stand-up comic, he was a low level bureaucrat and a puppeteer. He has no discipline or ethical foundation for what he does, and his influence far outran his training, character and intellect. Of course he was ripe for recruitment into the game of shells and shadows known as the Obama administration.

Nonetheless, he appeared on “The Daily Show” in the role of a truth-telling social critic who would skewer the powerful when they earned it, and whose barbs would keep his audience from being deceived and manipulated—and he was really part of that manipulation.

The truth-teller was a liar, and that’s not funny.