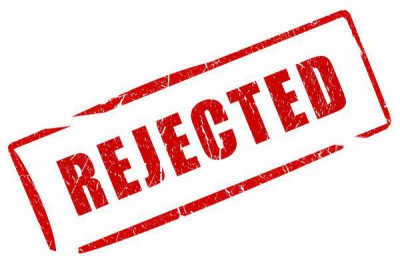 Pete Rose’s final appeal to have his ban from Major League Baseball lifted was rejected, as Commissioner Rob Manfred delivered a stinging rebuke. (You can read his letter here.) The very first ethics post I ever wrote was about Pete, and I have posted about his character and plight several times since. Rose, the all-time leader in hits and undeniably a great player, was banned from the game in 1989. An investigation concluded that he had bet on baseball games while a manager of the Cincinnati Reds, a violation of MLB’s famous “third rail” no-gambling rule, which makes it an automatic expulsion from the profession to place bets on baseball games as a manager, coach or player. This is regarded as an existential rule for baseball, which was nearly ruined when gamblers fixed the 1919 World Series.

Rose maintained his innocence of the allegations for decades, then admitted(to sell a book) that he had been lying, and did gamble. Just a few months ago, evidence surfaced that he had also bet on baseball while a player, which Rose has always denied.

In his letter rejecting Rose’s appeal, Commissioner Manfred noted that one of the conditions that had long been set for Rose to have any chance of reinstatement—though Rule 21 has no exceptions, MLB was willing to do almost anything not to have the holder of the record for lifetime hits on its blacklist—Rose would have to earn a pardon by showing he had turned his life around, meaning that Pete was no longer a sleazeball.

Manfred wrote that Rose, who had, among other black marks, served time in prison for tax evasion, asserted in his latest appeal that he indeed was a new and better man. Nevertheless, Rose…

1. Refused to admit that he had bet on baseball as a player, when the evidence was incontrovertible, and

2. Revealed that he still gambles on horse racing and professional sports, including baseball.

Manfred came to the obvious conclusion that “Charlie Hustle,” who pretty clearly has a gambling addiction, has taken no positive steps toward addressing it, is still a risk to gamble on baseball games or get himself in debt to gamblers if he returned to the sport, and  can’t be trusted.

All of the above could be more concisely summarized by six words: Pete Rose is a stupid man. As comedian Ron White says, “You can’t fix stupid.” Manfred, in his letter telling Pete that he can forget about any future employment in baseball, noted more than once that Rose does not appear to understand the import and purpose of the rule he violated, which exists  to protect the integrity of the game. Indeed,  Pete Rose wouldn’t know what integrity was if it sat on his face.

This final chapter (I hope) in the sad Rose gambling saga drives home a fact that is under-appreciated in the ethics world. Ethics is hard, and requires attention, critical thinking, and a modicum of intelligence. Ethics involves choosing among competing options in difficult situations, often under pressure; it involves recognizing when non-ethical considerations are threatening to overwhelm ethical principles; it involves being able to understand why an ethical society is preferable to a corrupt one, and the difference between rationalizations and ethical valiues.

When tying your shoes is a challenge, most of this is out of the question. Or to put it in Pete Rose terms, if you are seeking forgiveness for  placing bets on baseball when you knew that baseball bans anyone who does that, and can’t figure out that continuing to gamble on baseball isn’t going to help your case, the chances that you are going to be able to figure out whether a particular situation requires an application of the Rule of Universality or not are those of Frosty the Snowman bumpety-bump-bumping safely through Hell.

This is why the smug efforts of intellectuals to discredit religion are a mistake. Ethical problem solving is beyond people with the brain power of Pete Rose, and such people are probably in the majority. They need someone or something to tell them what’s right, and to enforce rules they may not understand with credible threats of unavoidable consequences. They won’t get training in determining right from wrong in the schools, which stopped teaching ethics long ago (and whose teachers, in many cases, aren’t smart enough to teach it anyway.) Law is a moral code, but a lot of ethical decisions aren’t covered by laws.

When an authority dictates what’s right, that’s morality, and as a means of social control when ethics are too complicated, nothing is better. Religion establishes a powerful authority possessing presumed virtue and superior knowledge that lesser minds can rely upon and, as a bonus, feel good about following. For people like Pete, it may be their only chance to stay out of trouble, or maybe jail.

The problem is that morality and its lazy approach to complex issues is seductive for those who are capable of ethics. In my legal ethics courses, I concentrate on ethics rather than rules (the legal ethics rules are another moral code), and sometimes, after citing a rule, ask an audience why a rule exists, saying,”Why is this prohibited conduct unethical?” In most cases, I am greeted by dead silence: they haven’t thought about it. It’s a rule, that’s all. With some prodding, they will find the answer, because they are smart enough to find the ethical principles that led to the rule.  Moral authorities often don’t go beyond “Because I said so, that’s why. And if you defy me, you’ll be sorry,”  however.

This is why I get frustrated when commenters here default to morality on what have to be ethical issues. Gay marriage is a prime example. It is immoral in most religions, but the prohibition of it has no valid ethical basis at all. For intelligent people, and everyone who comments here is intelligent or they don’t last very long, morality becomes a dodge, as well as a source of a serious conflict.   Intelligent religious people have to learn to use both morality and ethics to resolve those conflicts when they arise without surrendering their faith. In my experience, they are usually up to the task. If you are incapable of critical thinking like Pete Rose is, however, there is no conflict. It’s morality or nothing.

If Pete Rose were a sincere and devout religious man, he would be in baseball’s Hall of Fame by now, idiot that he is. He wouldn’t have lied all these years, because the Ten Commandments says it’s wrong. He wouldn’t have broken an anti-gambling rule he pledged to obey, and depending on which religion he followed, he might never have gambled at all. Religion and the moral codes it enforces are godsends (literally!) for people like Pete Rose, who are otherwise governed by their desires and faulty reasoning.

Ethics is just too hard for many people. Morality is relatively easy: just do what you’re told, and don’t ask questions. For people who are intelligent enough to wrestle with ethics to set out to discredit moral authorities because they personally don’t need them is irresponsible, if their objective is to encourage ethical conduct. If their objective is to use the less astute as their pawns, however, by giving millions of Pete Roses a rigid ideology to guide them when morality is gone—they need something, you know, as we all do— it can be an effective strategy. It’s also one that has caused immeasurable destruction through human history.

40 thoughts on “The Lesson Of The Pete Rose Saga: It’s Hard Being Ethical When You’re Stupid”